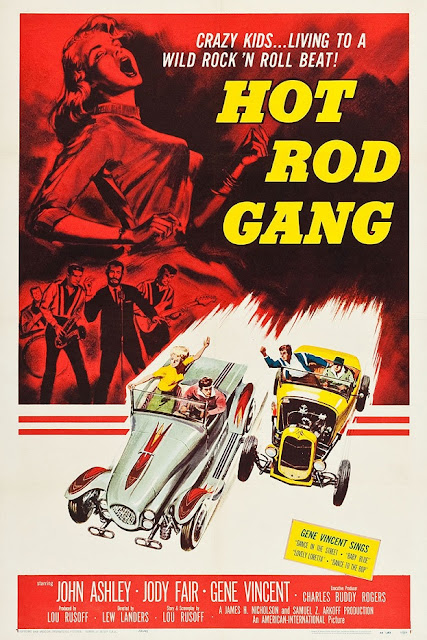 John Cavendish III is a young well-to-do man at first glance, but that's only if you see him at home. Outdoors he's a lean mean hot-roddin machine. From hanging out with his pals, to souping up old cars, racing, and treating the road as a playground, he doesn't make life easy for the = element, namely the stuffy Wesley Cavendish when he splashes the guy one day. Unwilling to let the relatively minor matter rest, he's determined to root out this 'criminal element'. Meanwhile, he seeks to introduce his daughter Lois to this attractive and = man spoken well of in town, one John Cavendish the III... 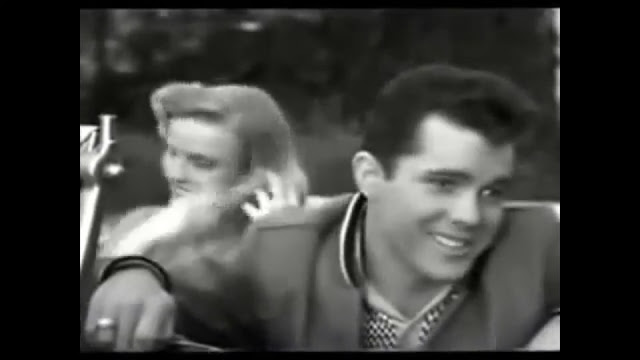 Since watching 1959's Ghost of Dragstrip Hollow, I was eager to check out its predecessor, Hot Rod Gang. Now that I have, I can safely say that it's a pretty fun time, though not without issues. It ticks all the boxes you'd expect, and delivers a basic but fun story, with many amusing elements

The story's main focus is on the romance between John and Lois, and the former's new career as a singer, raising money for his motor club so it doesn't get evicted. He's gotta do it in disguise, so he doesn't break the terms of his grandfather's will, and this leads to the majority of the film's conflict. It's pretty well written for the most part, though it's wrapped up pretty anticlimactically. One minute he's discovered after being framed for a crime, then the next scene he's a free man, no disguise, and sings happily for everyone, everything having been solved offscreen with no explanation. 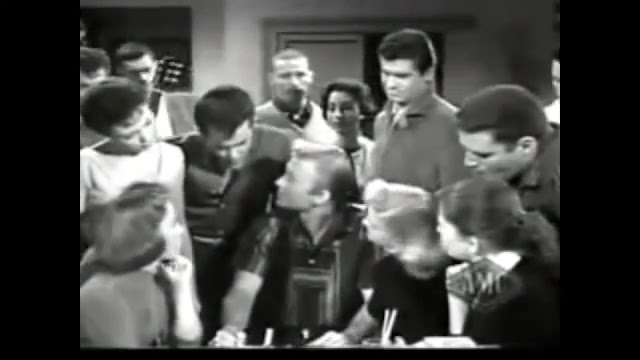 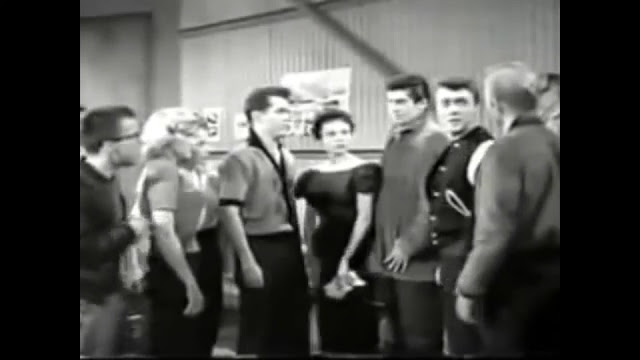 [The movie's not without its faults though. This movie is called Hot Rod Gang, but there's barely any hot rods, or gangs! There's so much focus on John's new career direction that the film barely focuses on his main love of cars, we rarely see his friends, and just about everything else gets the minimum coverage too. John's home life for example isn't as well explored as I feel it could've been, and we don't see enough of his dotty aunts. I wanted to get to know them better!

John's best friend Dave almost entirely disappears from the movie after the half hour mark, as does his girlfriend, who I suppose we're meant to infer he loses interest in and ditches. She still hangs around every now and then, clearly not that fazed by her old flame finding himself a new gal. Then there's the villain, a jealous teen rival. He probably gets the most screentime outside of the main duo, though it's still not a huge amount, and we don't get a great insight beyond the bare basics. We almost get an interesting plot where this otherwise thuggish creep is coerced by a more serious criminal into heavier crimes, although this gets swept under the rug I think. 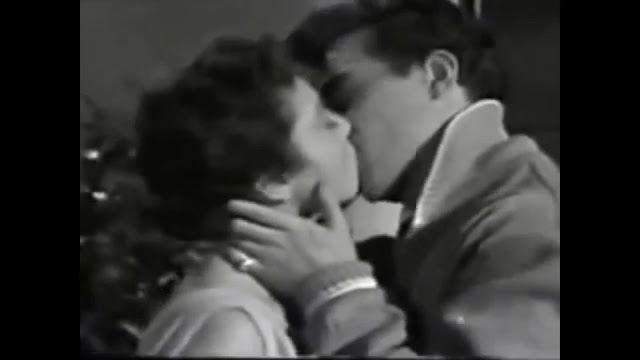 When compared with its sequel, Ghost of Dragstrip Hollow, I feel that movie comes out on top by a country mile. It pays greater attention on the cars, as well as the rest of the cast, and everything feels fully formed. The only great difference is that John Cavendish has apparently ceased to exist, because to my recollection he's never seen or mentioned once. His aunt is there though, and gets more to do than here!

Hot Rod Gang focuses on so many things that none really get the lion's share, including the comedy. It's pretty good, with some funny scenarios and lines The dialogue can be pretty crazy at times, with the slang the teens use, or more humourous takes, like when the old ladies try speaking that way. Good kind of crazy, of course! I love me some old-timey teen slang! "Now hear me you double-R chicks...this bobcat's really got a sound that sends!" 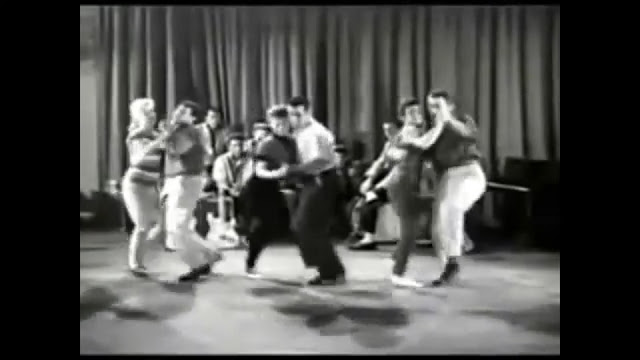 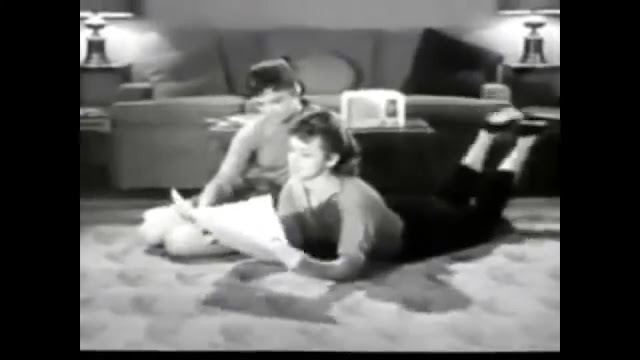 The tunes here are pretty good. Typical 50s teen songs. Nothing outstanding, but it's all good, and successfully makes you feel like you're back in time! This is the kind of = people think of when they picture the 1950s! The singing and dancing here provides an all-round fun time, and makes you wanna party!

The acting in Hot Rod Gang is all fine. John Ashley is a charismatic lead, and it's surprising to think he'd only very recently gotten into the business. The guy had a natural talent that's seen here. Jody Fair is good as the wily and romantic Lois, while Henry McCan makes the most of his relatively small role. Helen Spring and Dorothy Neumann are fun old dames as John's matriarchs, stealing the show in their scenes. 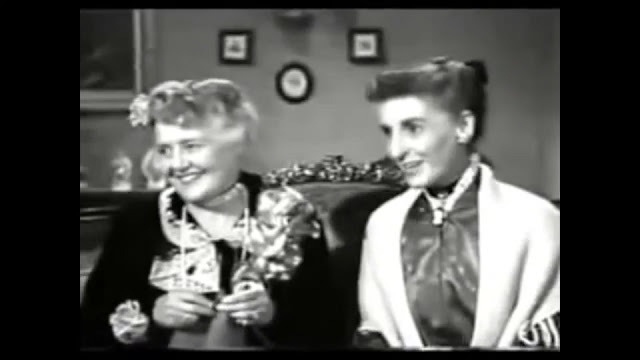 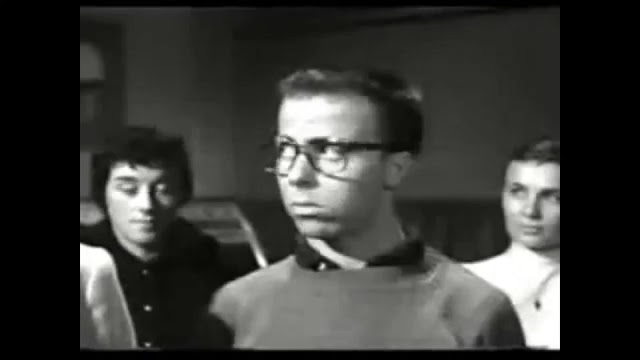 There are a few chases here, and while they're not the most intense or longest of chases, they're good for what they are, and the kind of movie this is. And while the driving seat shots are clearly always in front of a green screen, the actual racing is well done.

While seen as tame by today's standards, and reflective of the good old days when everything was good-natured and simple, the reaction at the time from many critics was the opposite! They called films such as this irresponsible, advocating juvenile violence, and glorifying the abandonment of morals and civilised behaviour. Ohhh, if only they'd known what was to come! Tits out everywhere, F-bombs left right and centre, and people getting blown or cut to pieces faster than you can poke a stick at! I can't imagine these films ever being considered seriously dangerous material, and I also don't think they're anywhere near as bad in quality as some of these old critics made them out to be. I think teen flicks were just a good target. 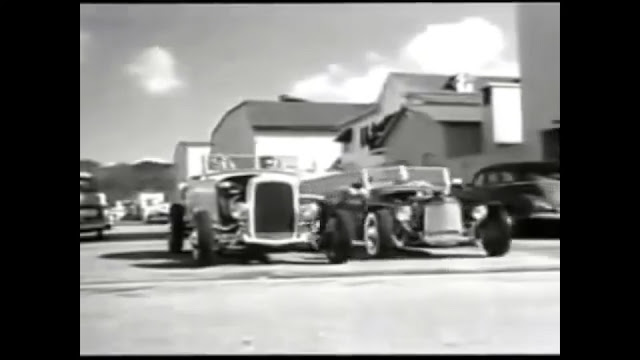 Overall, Hot Rod Gang is a good film, and one of the good AIP teen offerings, though not as good as its follow-up. That's hardly a bad thing though, as any time when a sequel genuinely is better is a cause for celebration, and can make one look forward to where a series will go! Just a shame there were only ever two entries. Still, they paved the way for more, and are still entertaining pictures all these decades later...
Posted by Chris Hewson at 10:59 PM