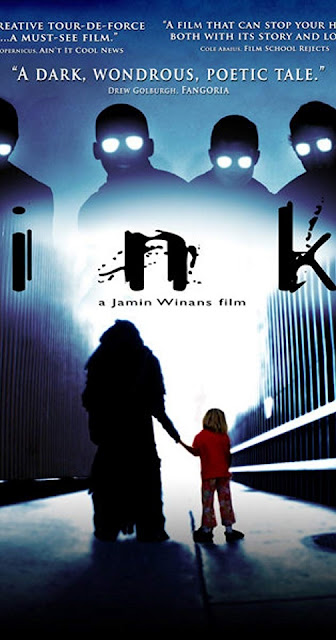 John Sullivan is a successful but struggling businessman, with a young daughter named Emma. When the girl is kidnapped in the night by a mysterious stranger, she finds herself in a dreamlike other world, where a conflict is taking place. A group of benevolent people known as Storytellers help give everyone good dreams, while the malevolent Incubi are devoted to nightmares. They wish to have Emma's soul for their own ends, and have hired the drifter known as Ink to bring her to them, in exchange for letting him join their ranks. While Ink has his own inner conflict, the storytellers rush desperately to set John on the right path to save his daughter... 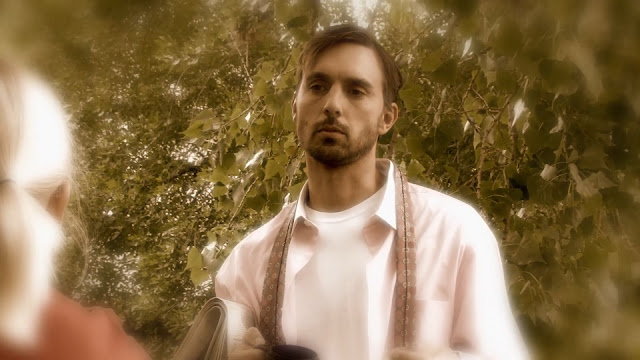 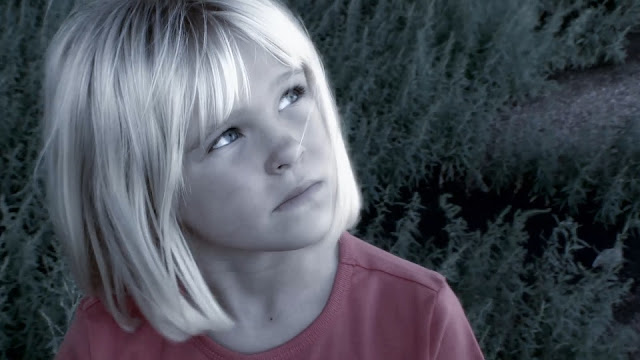 A low budget fantasy coming from the mind of Jamin Winans, Ink is a real surprise.

The film has a strange opening, but you quickly work out what's going on. I liked how the fantasy world, and its inhabitants and conflict are set up without too much confusion. Things are mysterious enough to be interesting, while not being overcomplicated.

The story is told in a non-linear fashion, in a way. The main plot is in order, but everything with John is relayed to us throughout the film, at various points in his life. I found this method to be effective, doing a very good job of informing us of his life in an interesting way. 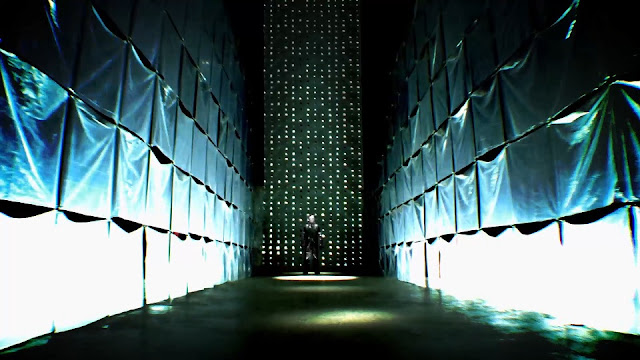 Where the film most surprised me was in its story. Firstly, I was expecting a Labyrinth style movie from this. Little girl is kidnapped by a monster, and father goes to rescue her in this strange land. However, that's not what ends up happening. It's other characters who go after Emma, while John's role in the story is more low-key and personal. The crux of the film is getting him off his current path of apathy, pridefulness, and self destruction, and back by the side of his daughter

Something I felt was a fault at first was how little screentime John was having, or how intermittent it was, and how little time we see of him and Emma together. This ended up all coming together perfectly though. While I still would have liked those things, the way the story and characters come together is fantastically done, and a real surprise. 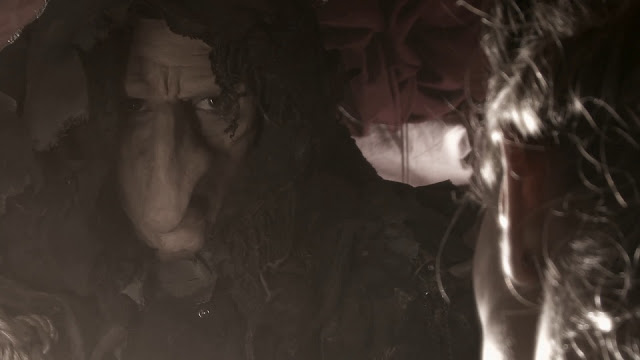 Onto the cast. John is very much a neutral character. You don't dislike the dude, and he is a good person, but he's been through so much crap that he's become very jaded and detached. Caring more about his business ever since the death of his wife and, and her parents forcibly taking custody of his daughter. I [really] applaud the film for how it handles John. It doesn't sugarcoat him, or portray him as one-dimensionally bad, but really does a good job at showing a burnt-out man caught in a difficult situation.

The titular Ink starts out just seeming to be a bad guy, though we soon see there's more to him, and look forward to seeing where he goes. Emma is adorable and plucky. While she didn't appear as much as I would've liked, we get enough. The Storytellers all appear a decent amount. All are fine, with the most developed being the more passive and caring Liev, and the fiery Allel. Jacob the Pathfinder is an interesting character. He's one of those comedy relief [characters] who's more talented than they let on, and is really a high-roller in the supernatural world. While he can be a little annoying at times with his clownish attitude, he's endearing with how much he cares, and what he does to help save the day. 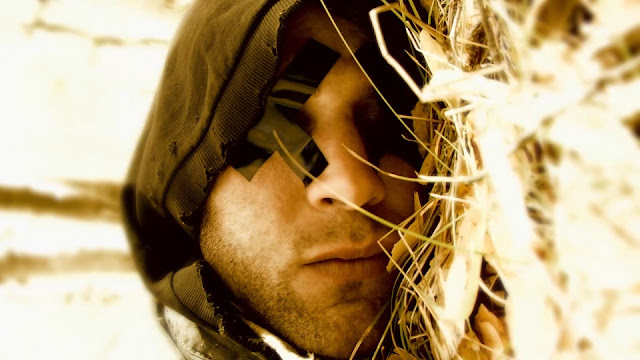 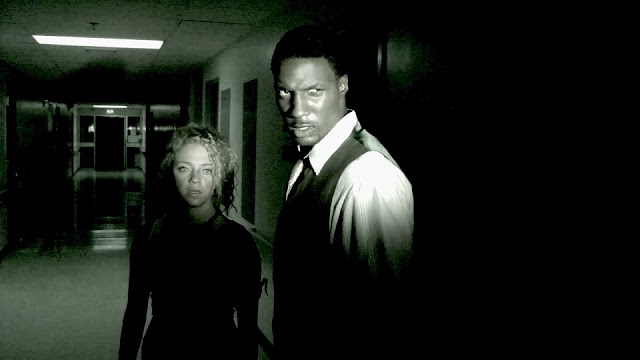 Other cast members include two other Drifters, who moreso than Jacob verge between strange and just plain annoying. They each have their moments, both good and bad. The villains are great to look at, though in terms of actual personality there's not much here. That's not necessarily a bad thing, and it does work seeing them as basically an unknown collective. I do wish we'd found out why exactly they need the girl though, as it seems pretty random.

One area of the film I felt it really nailed was the use of real world locations against a fantastical backdrop. Many movies do this, and most of them come across as cheap. "Hey kids, come and watch He-Man in the magical land of whereverwhatsit!...For all of 5 minutes. Hope you enjoy downtown Los Angeles!". With Ink though it works. Perhaps because the scenes acts as a reflection of these places. And because none of these real world locations feel at all real or normal in these scenes, truly feeling off-putting and unnatural 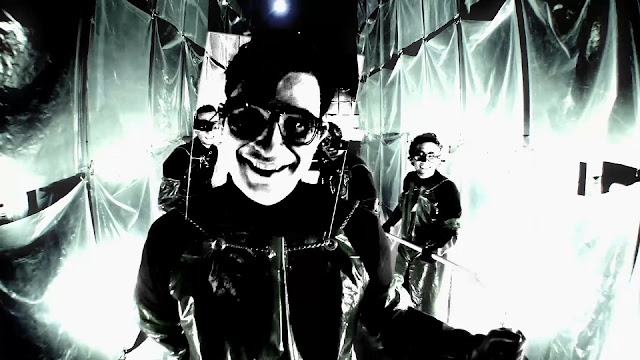 The creativity and imagery on display here is great. The Storytellers are the most normal looking characters here, while the Pathfinder Jacob looks neat with his taped-over eyes. The Incubi are weird and creepy with their glass screen faces, projecting a fake TV projection of their real face. They look convincingly inhuman, and you wouldn't wanna run into them in a dark alley!

One issue I had with the film was the swearing. It was out of control! There's not as much as in, say, a Scorsese film, but there's still far too much, and it's not necessary in most places. Not that I overly mind swearing, just that I find it annoying and potentially immature when overused. It's used to = great effect in the intro though! Jeeezzz!

The majority of the acting is good. Lines are sometimes a little too soft or too loud, but there are good performances all round, especially from Christopher Soren Kelly, Jessica Duffy, and Jerremy Make, among others. Quinn Hunchar is cute as the Emma too.

Other performances aren't so good. On one hand I suppose it might be unfair to criticise the acting as being bad when these seem to be intentional stylistic choices...But then again that means these actors deliberately sought out to be this annoying, which is even less defensible! 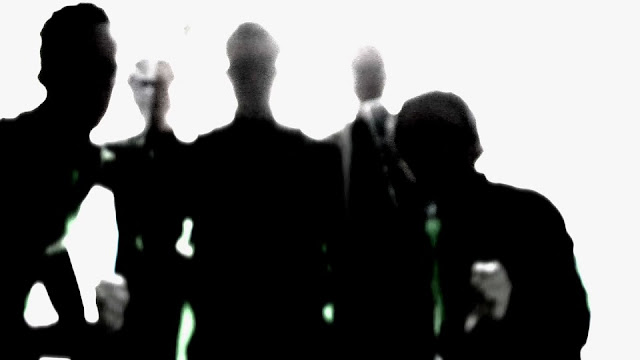 The effects here are very good for the most part. Sometimes low budget, but it all gets the job done. The computer effects are very pretty, and well designed as well as convincing. The biggest effect of the movie is the prosthetics for Ink. At first his big nose seemed a bit fake when seen in close-up, out from under the hood, but as we see it more and more later on, I feel it held up. It's still funny to look at at times, but it's never bad. Jacob's taped eyes though look a bit strange. Nevermind where an interdimensional being got masking tape, but it's a cool visual from afar that looks cheap in close-up.

The direction here is very good for the most part. Shots are interesting, and well thought out. Where it fell flat for me was in the fight scenes, which were a bit too frenetic, and involved too much cutting/too many edits. They were a little mind numbing at times. As this is a very stylistic film, there are various filters over certain scenes, which thankfully doesn't ruin the moment. They range from looking alright, to enhancing the moment, and they always have a reason for being there. 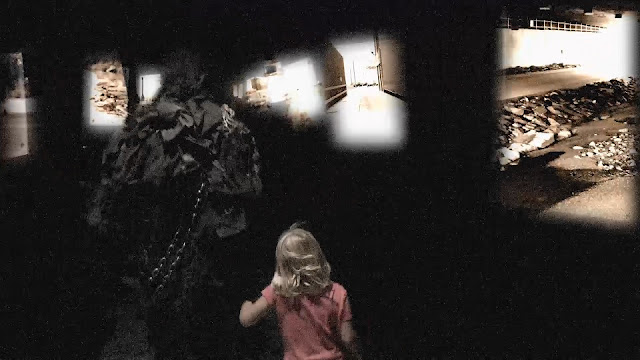 And lastly, the music. The score to Ink is fantastic, with a great variety of beautiful, haunting, and creepy tracks. The music lends so much to the film emotionally.

Ink is a very good fantasy film, and while it wasn't what I was expecting, it's still a great time to be had. It's a sad but also happy film, and definitely recommended from me.
Posted by Chris Hewson at 9:47 PM