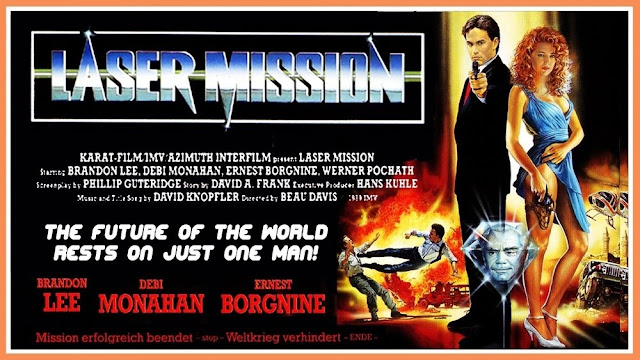 Freelance agent Michael Gold has been assigned to talk with German scientist Professor Braun, to try and convince him to either take his secrets of laser technology to the States, or to at least not give it to the Russians. Braun is happy to go to America as long as neither side harasses him, but before the pair can move they're knocked out by sinister agents, and the professor kidnapped. Now Michael, teaming up with Braun's feisty daughter Alissa, has to rectify his mistake and rescue the professor, and make sure the world stays safe... 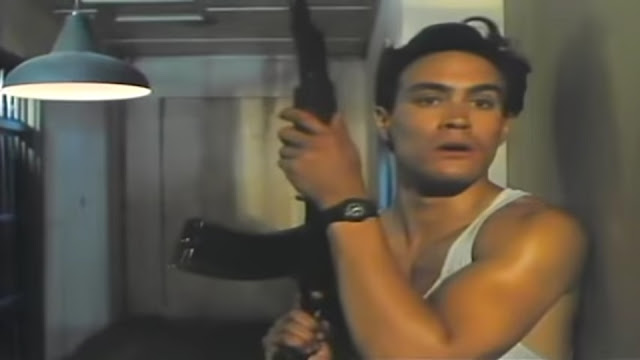 Laser Mission was my first ever exposure to Brandon Lee, and it really didn't disappoint! He made an immediate impression on me with his charisma, as well as how utterly and completely unlike his father he was! It's nice that he always sought to be different and stand out, rather than take the easy way and just copy his dad.

This is a really enjoyable action flick. It's got plenty of excitement, is never boring, and the plot is pretty neat too. It's populated with a diverse cast of characters, from its [ass-kicking] and wisecracking lead, to the sultry partner who knows more than she lets on, and many more. This isn't an outright comedy, but it never becomes too serious, or loses sight that 's a silly movie. Cheesiness abounds, like the hero shrugging off gunshot wounds, or falling from great heights. The film has a healthy amount of puns, but not a lot. For example, when Michael impales one of the villains, he neglects to say something like "I think he...got the point". 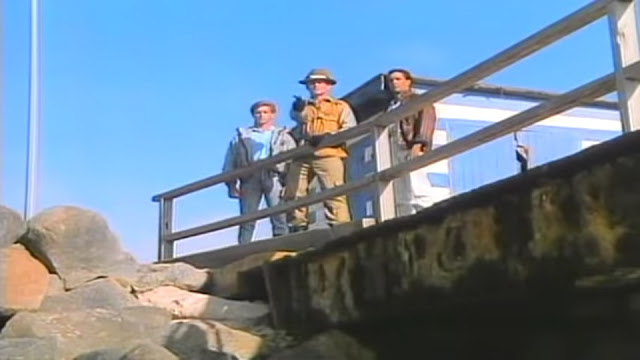 The story starts off quickly enough. It almost feels at first like we're in the middle of a story, but this ends up being no problem, and we quickly understand the plot and stakes. Things move with a fast pace, and we see Michael being imprisoned, meeting the main villain (the amusingly named Kalishnakov), then escaping in search for Brauns's daughter Alissa, kickstarting the rest of the movie.

Come the halfway point the characters are stuck on foot in the desert, and thankfully this is never boring. The repetition of the identical surroundings mixed with the nothing that's usually in a desert could make such scenes tedious, but Laser Mission handles it well. It helps that this takes place after the big chase, so it's like downtime for the audience. It's also not too long either, which is a relief. 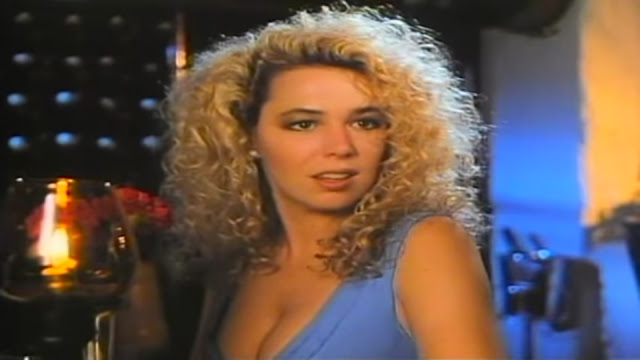 The 'hunted in the desert' section is fun, though a little short, and contains a few amusingly stupid moment, such as a silent and stealthy hunter who goes"RAAAAHHHHH" when running for his target, and seemingly the worst shot on the African continent, as he continuously/continually fails to hit a prone man right in front of him! Michael isn't much smarter either, doing that tough guy thing where they stand motionlessly, taking their time loading their gun, ignoring the psycho using them for target practice! The guy fires off like 15 rounds at Michael and misses every one, and our blessed protagonist only needs one shot and he wins. 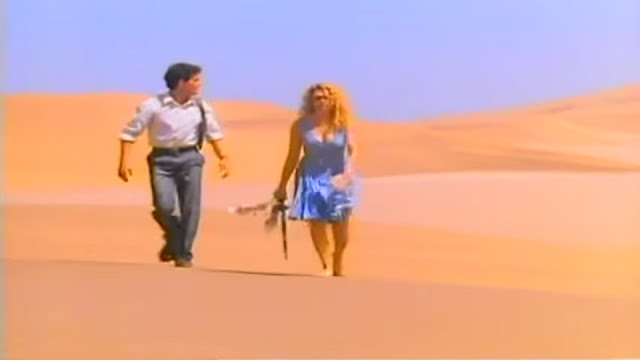 The disappearance of the seemingly friendly/potentially untrustworthy guide is a bit strange, although I guess it works as a misdirect. Weird he just ditched them like that though! And finally, there's Eckhardt himself. That whole encounter is good, and there's a decent amount of foreshadowing and set-up, but it's over remarkably quickly. No sooner than two minutes have passed when the guy's been [impaled over a garden fence].

The conclusion is great, character and action wise, though I felt the ending went on for just a little too long. Kalishnakov has already 'resurrected' at this point only to 'die again', and there's a wrap-up, with the characters discussing things and having a good laugh. But then Kalishnakov comes back again, and Michael kills him again, and the characters once again discuss things and have a good laugh. None of what we see here is bad per se, but it feels like they copy-and-pasted the same ending twice in a row. 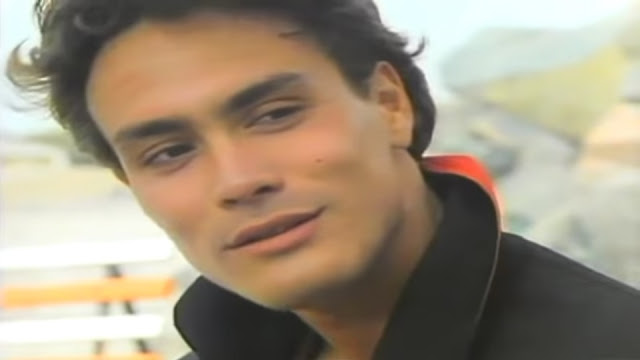 Michael Gold is a fun protagonist, and is down-to-earth, with a joking side, while also being a suave guy. He comes across a smidge to cocky at times though, which may annoy some a little, but it's never legitimately annoying.

While often grumpy and occasionally bitchy (and always sexy!), Alissa is more than just a pretty face, and shows a = proficiency with firearms and hand-to-hand combat, which Michael is consistently surprised about, despite knowing she's former KGB. She's talented in other areas too, such as [trekking the desert in heels,] and   dress stays remarkably clean throughout these car chases and desert journeys.

Professor Braun doesn't get a huge amount of screentime, but makes every moment count, and is a lively presence throughout, with many noble moments. The two soldiers Manuel and Roberta are fun too. As comic relief, they could've been in the wrong hands (and some viewers still might not like them), but I always thought they were entertaining, especially as the movie goes on. What really sells them for me is not only their tenacity, but how they switch sides upon seeing what's going on at the mines! 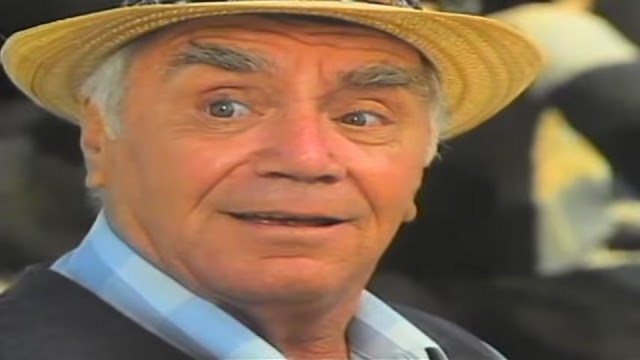 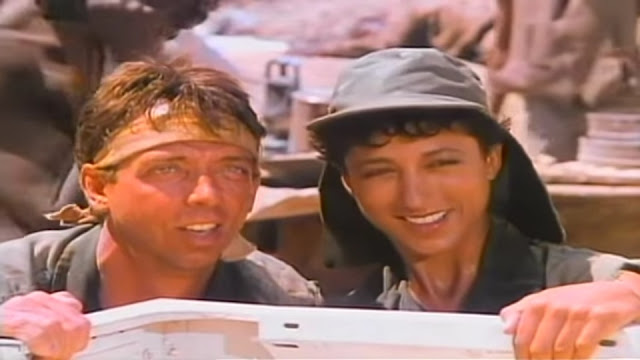 There's one character who shows up at the end who doesn't say or do much, but I quite liked nonetheless. They're a former KGB agent, yet surprisingly doesn't look like a slender supermodel, or femme fatale, but is a refreshingly normal looking woman. As for her presence, I do wish she had'v been included a little more. Perhaps a few earlier scenes which don't give away the surprise.

And lastly, the villains. They're a pretty over-the-top bunch, in good ways. Eckhardt is a psychotic hunter who casually mounts human heads on his walls (I better hope the police don't visit!). He's fun, but I feel there could have been a bit more exploration about what Eckhardt's role in this evil plan is. He's not superfluous or anything, but one does wonder at times what exactly he has to do with helping Russian terrorists conquer the world, when he's just a crazy hunter from the bush.

Kalishnakov meanwhile is a dastardly and conniving snake of a baddie, as well as playfully mean (as can be seen when he's throwing diamonds down Alissa's's blouse. What a child!). He also will not die! He goes the whole movie with barely a scratch on him, then he 'dies' at least three times in the climax, coming back each time until the last fight finally does him in. 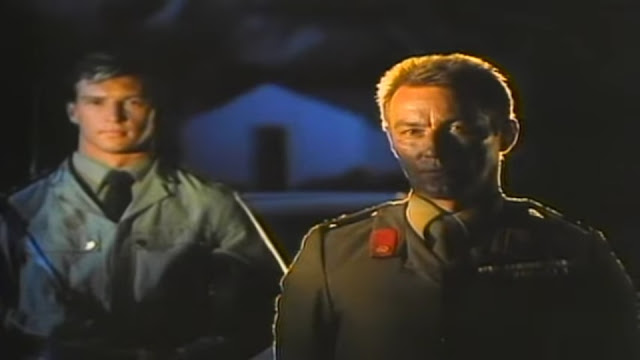 The action here is great, with not only plenty of gunfights, but also lots of hand-to-hand combat, with Brandon Lee proving himself to be a more than proficient ass-kicker. He gets some very impressive moments here, and some of them made me really laugh, like the guillotine bit!

Laser Mission might have been a low budget film, but it works well within its means. There are some nice explosions and collisions, and firefights, as well as a neat car chase. Characters flail around amusingly when shot, but nothing is too unconvincing. The sound effects are pretty neat. All the weapons sound like nail guns, oddly enough. Strange noise, but unique. The locations are great, from the run-down military prison, to the bustling city docks, and the sparse desert, as well as the mine where the final confrontation takes place, there's plenty of variety here.

Something of note people bring up when discussing Laser Mission is its supposed geographical/geographic confusion, with the eclectic mix of sceneries and nationalities, from African, to Spanish, and Russian. While it's fun to joke around about (though those making mean-spirited cracks or actual complaints get on my nerves!) it's not really that confusing. An African nation with a coast, desert, and abundant natural resources, with a Portuguese (not Spanish) as well as Soviet presence lines up pretty neatly with Angola. Plus, the movie's not exactly secret about where it's set, and we plainly see everyone going into Namibia for the final third. 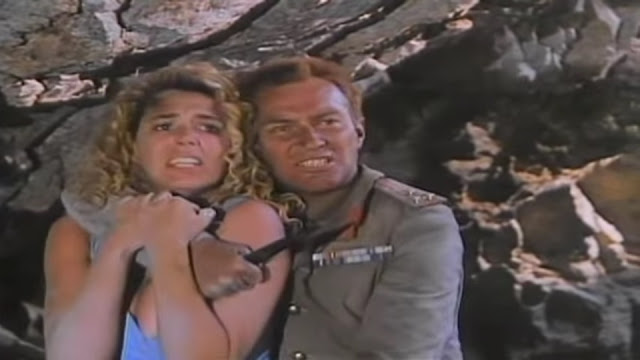 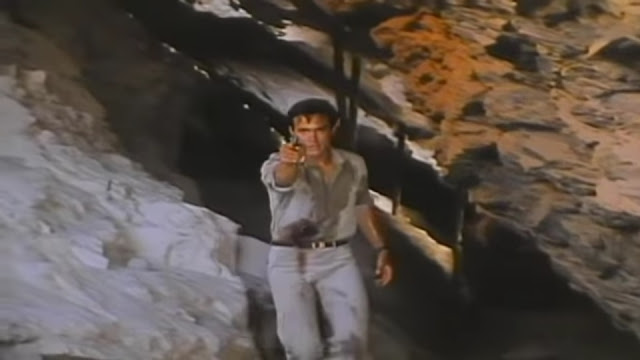 The score in Laser Mission is lots of fun. We've got some nice incidental music, of various types, but the main draw is the spectacular theme song! It's a legitimately good tune, and cheesy fun. It's also played so much! Michael Gold is in a life-or-death firefight? Play! Michael is in a car chase? Play! Michal is going shopping? Play! You can easily imagine the producers saying among themselves "Do you think we've used the theme song enough?" "NO. We've gotta get our money's worth!". Thankfully it's never overused. It could've been close, but it's played juuust enough. Any more could've been risky!

Finally, the acting in Laser Mission is quite good, though mixed in places. Brandon Lee is a great lead, charismatic and humorous. He does succeed a little too well in = though ,and mightm ake some audience members wanna slap him on occasion. Ernest Borgnine is a cuddly teddy bear, and is wonderful as usual! Debi Monahan is...very pretty! She's good in place's and mostly fun, but as an actress her skills are...slightly limited.

Graham Clarke and Werner Pochath are very good villains, each in their own different ways. And Pierre Knoessen and Maureen Lahoud deliver funny performances as the comic relief soldiers. He's the silly one and she's the straight man, with both getting their goofier moments and times to shine, namely the ending. 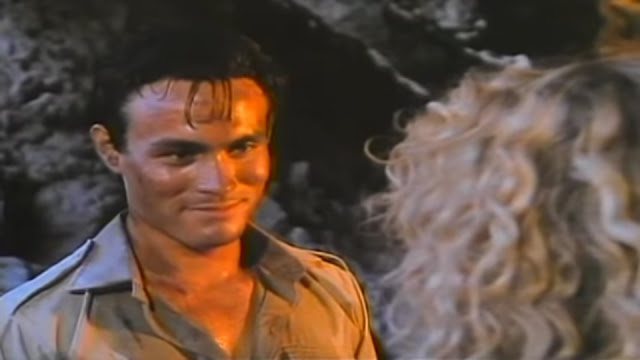 As far as film debuts go, one couldn't ask for a more fun one than Laser Mission!! It's not a perfect film by any means, but it is a quintessential 80s/90s action flick, and does more than enough right. I highly recommend it!...
Posted by Chris Hewson at 10:59 PM