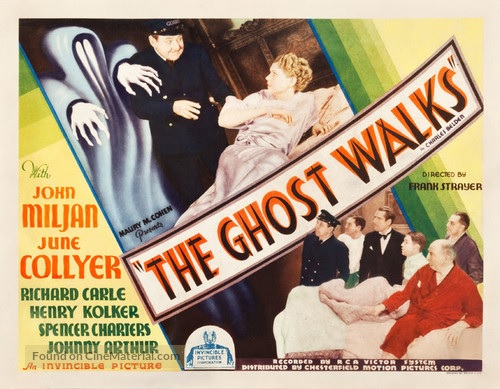 Theatre producer Herman Wood and his nervous assistant Erskine journey through a sudden rainstorm to meet with playwright Prescott Ames, to listen to a pitch for his new production. Together they all stumble into an old mansion to seek refuge from the rain, where they're slap-bang in the middle of a mystery. The insane owner Beatrice is determined to find the killer of her husband, and knows someone at the table did it, but is murdered before she can say anymore. Now everyone is locked in with a madman, and must find out who it is before they die next... 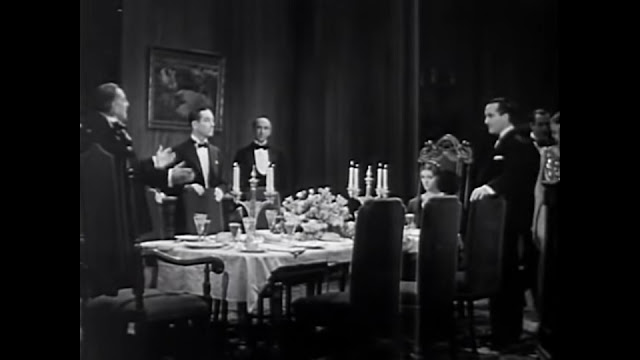 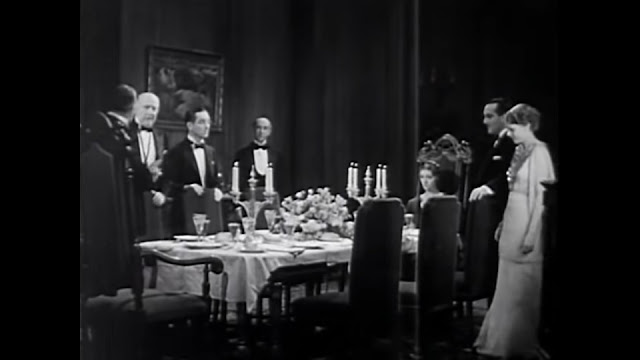 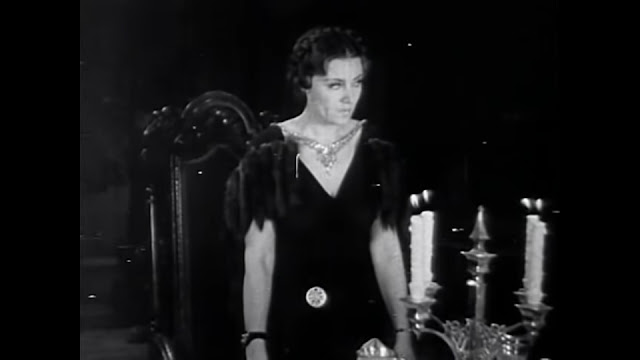 The Ghost Walks gets off to a great start! While a lot of the male characters did blend together at first (if only some of them shaved!), there are still distinctive members of the cast, who introduce us well to the proceedings. The plot is intriguing, while also being relatively simple. Not everything needs to be overcomplicated. Then, however, there comes a sudden twist that turns everything up on its head. I was really/very amused by this reveal, and looking forward to the wholly/totally unexpected places it could take the plot! 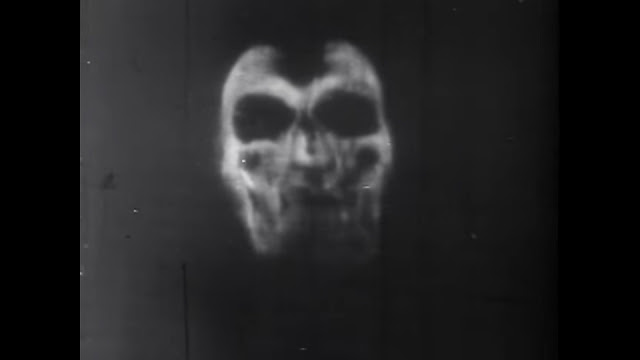 Gradually though, The Ghost Walks (itself a lie of a title) ends up failing to deliver. It doesn't do anything unexpected, instead feeling like the typical old 'dark house film' Ames is writing about. This I don't mind as much, as despite the lack of a really unique story, it's still classical fun.

There are two problems I had with The Ghost Walks as it went on. The first is that the plot begins to become too complicated for its own good, but the other problem is that long stretches are devoted just to comedy. Things are happening, and much is even fun to watch, but the story and mystery isn't being furthered at all, and with zero investigation present, and little clues given/to be had, it's hard to care.

The cast is the best thing about the film. Ames is supposedly the handsome lead character, but doesn't really do anything, with the real stars also being the comic relief. Wood and Erskine are a great pair, and enliven every scene they're in. Beatrice went from being an intriguingly demented character for me to barely a blip on the radar, since barely a word is spoken about her character once she dies, and her dying doesn't seem to actually involve her at all. She was just nearest to the killer I guess. 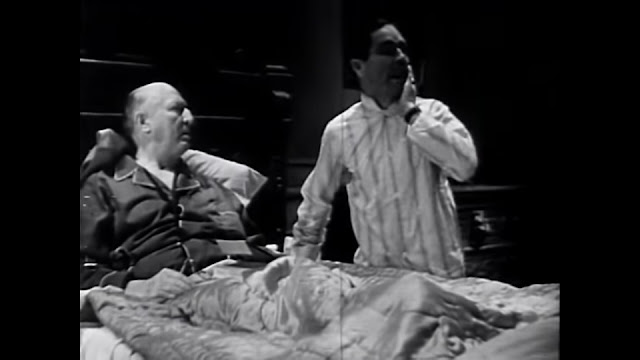 The biggest problem for The Ghost Walks is the ultimate unimportance of the mystery. We know nothing about the murder victim, why anyone would want her dead, and there's very little = even as the bodies seem to rack up. This all ends up being explained in a truly bizarre climax. I won't say it's bad at all, because it's still fun in a way, and it's certainly off-the-wall, but man does it make for an unsatisfying mystery.

Perhaps the most damning indictment I have against The Ghost Walks is that the fictional play within the film seemed more interesting than the actual movie we got. 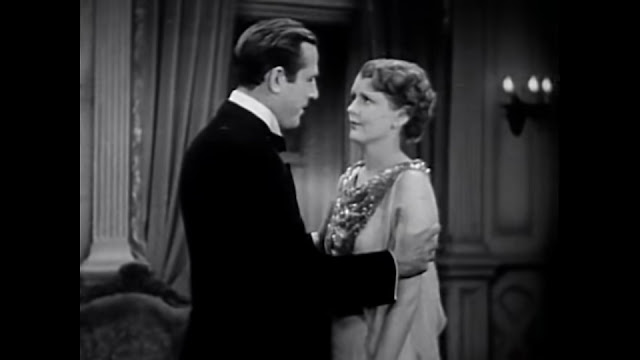 The Ghost Walks' humour is on point. The film is consistently funny, even when the lack of story was getting on my nerves. The characters interact amusingly, there are neat physical moments, and funny dialogue ("You've got the mind of an oyster and the nerve of an acrobat."). There's even an unintentionally amusing moment when Ames is intent on waking everyone up, declaring "I'll arouse everyone!". I understand what he means, but that still makes me laugh like a schoolgirl!

The acting here is all good. Some of it is over the top, but never bad for me. The performances range from funny, to perfectly average, to amusingly creepy. Richard Carle and Johnny Arthur are the standouts! They share great chemistry, and they alone make it worth watching.

Coming to the score, there's not really much music to speak of here (if any), but it's a credit/testament to the movie's good quality that I didn't really notice until near/close to the end. 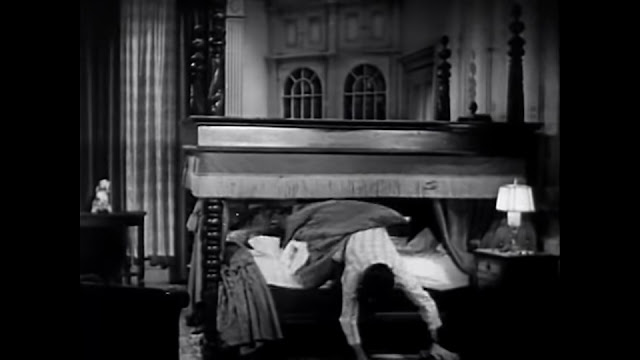 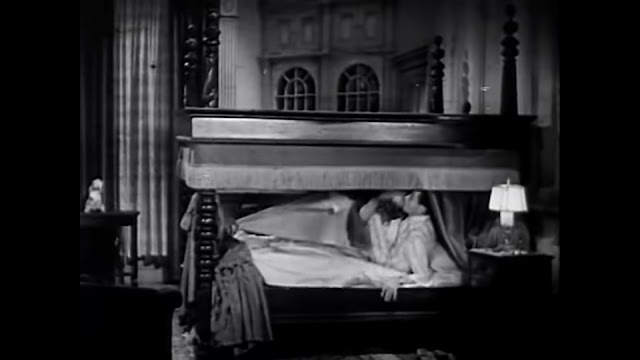 The Ghost Walks is a strange movie, and while its equal parts irksome, I still found it to be a very entertaining picture. It's not the best of the old dark house cycle, but I still recommend it for its great sense of humour, and distinct characters...
Posted by Chris Hewson at 9:44 PM