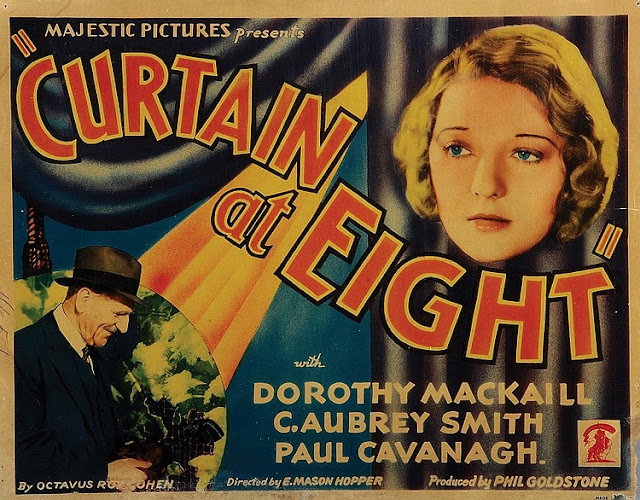 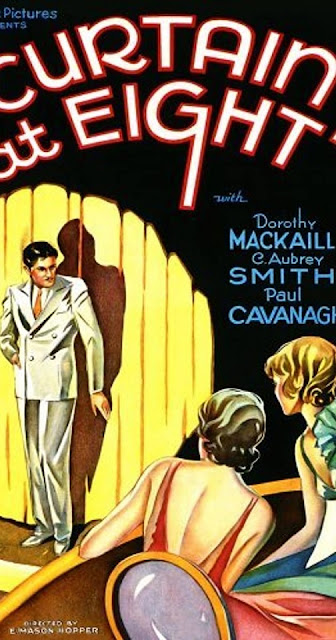 Wylie Thornton is an arrogant actor with numerous tires in the fire, so to speak, as he leads his wife on, has a lover on the side, and is trying to bilk the family fortune out of a naive young actress. Then one night, at his birthday party, he's murdered. The main suspect is the young actress Doris's father, but while Captain Gallagher thinks this to be an open and shut case, amateur detective Jim Hanvey has his own ideas... 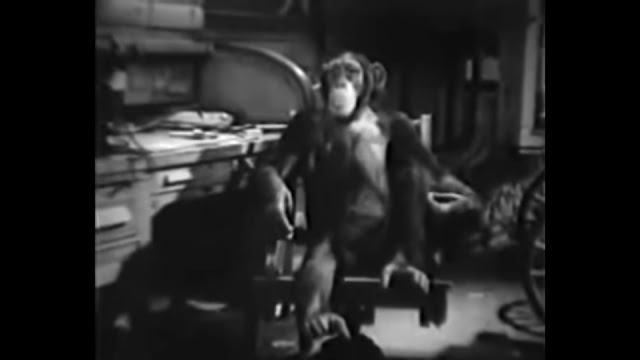 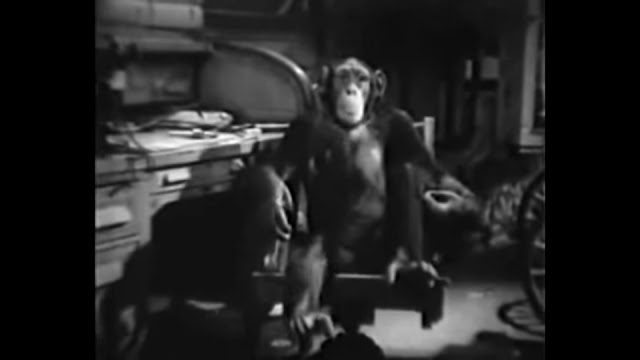 Curtain at Eight was a decent little mystery to start with. Nothing amazing, but it was fun, it set up its story and characters well, and =. Where things start to go wrong is the halfway point. The film deteriorates gradually, beset by a few minor problems, until they're not only not fixed, but others begin to crop up too, and more, until the film's over.

The first issue I had with Curtain at Eight is that we see very little of the suspects after the murder. The police barely seem to talk to them, and we get very little insight into how or what they're doing. There are no clues to be had here, nothing the detectives find that help progress the mystery for them or us.

The police are pretty much all interchangeable, blending together in a sea of coats 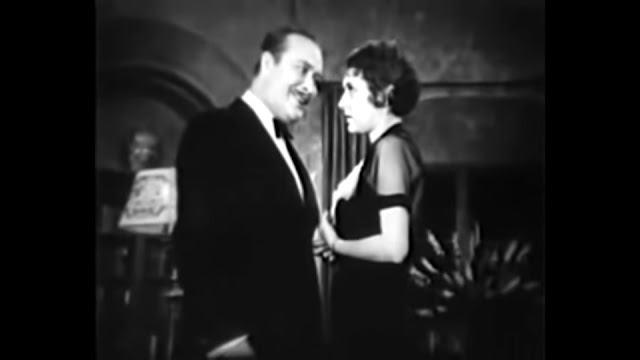 Where the plot really begins to become incomprehensible is the second murder. For a start it happens too quickly after the first. We haven't really had time for that to settle in, or follow up on all the leads, and wham, another murder to = our thoughts. It feels pointless too, adding nothing to the plot and being entirely unrelated from the main murder. Its worst point though is the utter confusion it brought/wrought over the rest of the film! With unclear names, sisters popping up out of nowhere, and even confusion over who was bloody shot, I was hopelessly lost by the end.

Throughout the movie we get little shots of Geraldine the monkey playing around with the gun, as a = red herring. Like 'Ha ha, wouldn't it be funny if the monkey was the murderer, right?'. You expect this to =. Then came the ending, and a solution I could not bloody believe! It wasted out time, meant nothing, and wasn't even hidden! Oh you should've seen my face. 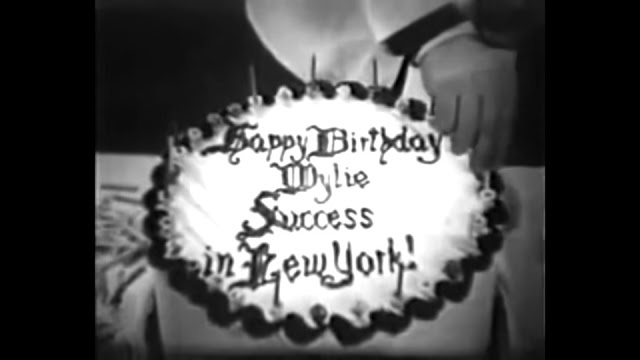 What surprised me most about Curtain at Eight is that it's a Jim Hanvey film!Who's that, you ask? He was a detective created by author Octavus Roy Cohen, and was a middle-aged, overweight, and often grumpy and reluctant sleuth. He was played to perfection by Guy Kibbee four years later, and here is played by C. Aubrey Smith, who is not only a little too elderly, he's also thin! He acts nothing like out Jim Hanvey too. He's not bad as a sleuth, when the movie lets him =, anyway, but his whole personality is wrong compared with the original character.

The other characters are decent. The murder victim is suitably scummy enough, and you eagerly await/look forward to his demise. Captain Gallagher is =, and his interplay with = news reporter Terry Mooney s amusing, even if 'Palsy-walsy' is used too much. Secretary and = Lola is dynamic, though prematurely exits the film halfway through. She's not even dead, just injured, yet the film pretty much ignores her, even during her upcoming last words! 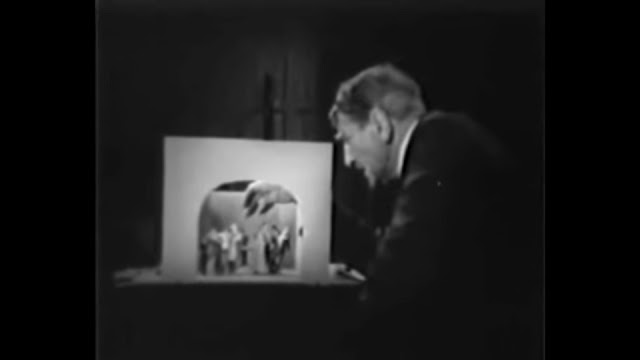 A lot of the characters suffer from a lack of screentime, especially the young actress Doris, who's ostensibly the man romantic lead. In these kinds of films you've got the older detective and the bumbling police, but you've also got the young lovers. She barely appears though, same with her equally important father, and the man she ends up falling in love with for real is = to me.

There are a few other amusing characters here and there, the best of all being Geraldine the monkey! She's intelligent and amusing, and always comes out on top over anyone trying to be mean to her. 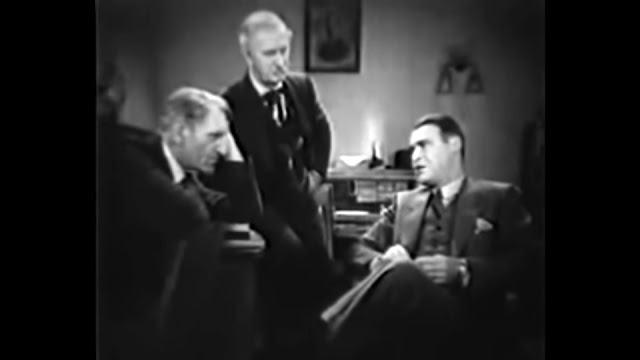 The dialogue here is pretty funny, with quite a few snappy one-liners! The best and worst scene is early on, when Lola = at Wylie, with put-downs like "You cackling boudoir rooster!". The only problem is that she says another. And another. Andanotherandanotherandanother. She talks so fast, with so many lines that it's hard to follow! They're all fun, but there are too many at once, too quickly. Other gems from later in the movie include "You'd cut my throat for a dime" "When did the price go up?".

The acting in Curtain at Eight is one of its better qualities. Even if he doesn't get a whole lot to do, C. Aubrey Smith is an alright detective. Getting more screentime and = is Sam Hardy as Captain Marty Gallagher. Dorothy Mackaill really makes the most of her role, being one of the best performers in the movie. Everyone else is fine, though nothing great. 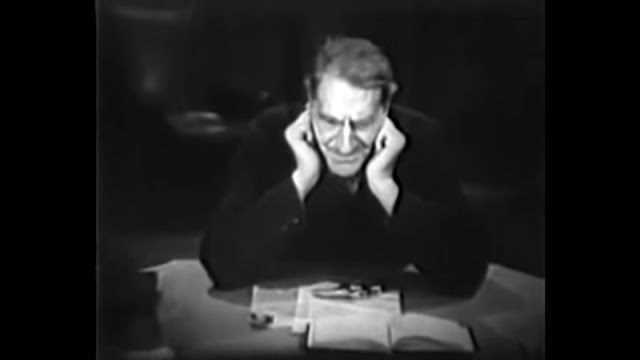 Curtain at Eight was a real/such a disappointment. It may not have been shaping up to be the best whodunnit, but it was still entertaining, and could've stayed that way if only the writers hadn't gotten their wires crossed and set out to confuse their audiences. I don't really recommend this, but there are enough little things throughout to make it a little worth your while if you do...
Posted by Chris Hewson at 6:26 AM