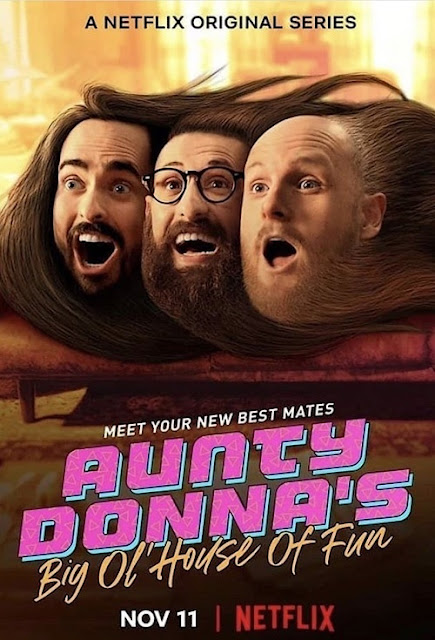 Australia has a long history of fantastic comedy no-one outside our borders have ever heard of. Some people like to act like it's our fault for being isolated, but really it's their fault for being lazy. If we get all of your crap, why can't you lazy Americans watch ours? You don't even need subtitles for us! Anyway, now that the internet has revolutionised media, comedians/entertainers no longer need worry themselves about borders ever again, as a single video can travel around the world as fast as light. 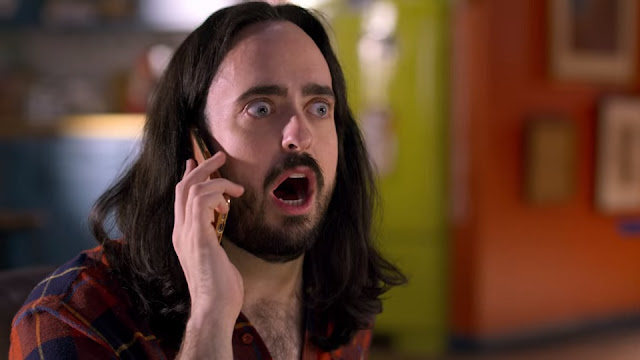 Mark, Broden, and Zack are three Aussie housemates who get up to all kinds of mischief. Whether they're trying to have a nice night in, organising for a date, training for the 'Lympics, or expecting the Queen of England over for dinner,
Aunty Donna's Big Ol' House of Fun is the latest work to come from Aussie comedy trio Aunty Donna. For years they've been working hard on their Youtube channel, and doing live shows. Their content ranges from sketches, to songs, and abstract theatre, all with a very surreal and often dark tone. Big Ol' House of Fun represents a graduation to a TV format, after the boys were picked up Netflix.  Thankfully the show keeps to its roots, and still has a delightfully anarchic atmosphere, while still making the most of its new trappings. 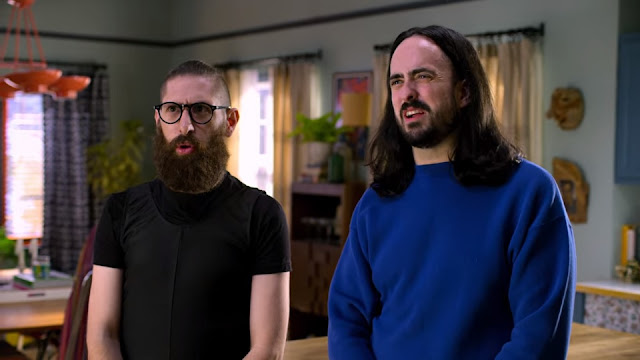 Right out of the bat, this show makes itself quite clear. Its comedy style is definitely niche, and some might be put off by the more gross, nonsensical, or random elements. Even I wasn't entirely sold on it at first, but it quickly grew on me, and those sketches that I wasn't so sure about ended up being some of my favourites. It's an often hilarious series, and all too brief at just 6 episodes. I did respect its brevity though, with some episodes being as short as 17 minutes!
There's a nice mix of standalone sketches and recurring gags. There are also many familiar Aunty Donna touches, like the sometimes loopy editing, filming, continuity, and all those other little things. What I feel the show really nails is scene progression. We move from one sketch to another so fluidly, which is really saying something considering how suddenly they can end, or how many of them take place just in the trio's house.
If I were to describe what this show is like, to give you an idea of what to expect, or what inspired it, think something along the lines of Spike Milligan's Q, Monty Python, and of course The Aunty Jack Show! I've no doubt that these boys have seen that Aussie classic. 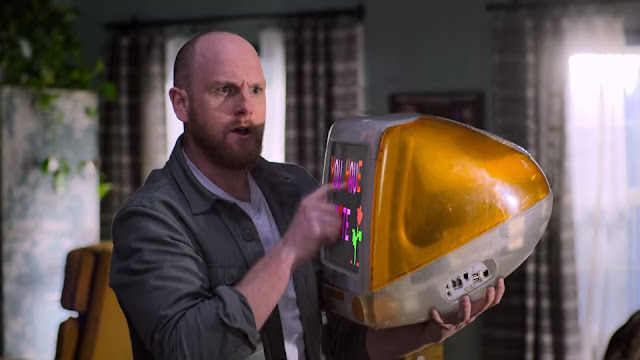 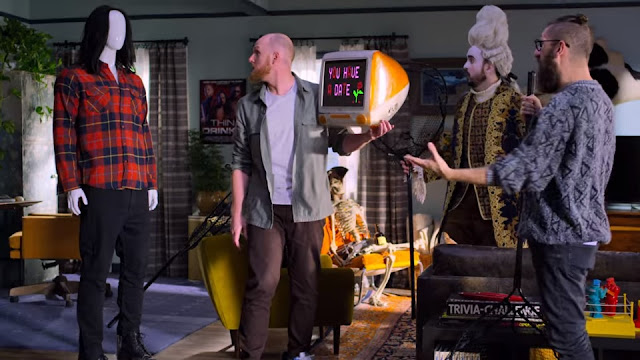 Another thing I really liked is the show's overall tone. The characters can act mean, angry, or violent, but there's a good balance, and the show never feels mean-spirited. There are enough moments of positive moments of goofing around to make it a pleasant watch.
A big change is the move to America, but thankfully this doesn't negatively affect the show. It highlights the best of both worlds. It takes advantage of all that America has to offer, but also never forgets its roots. Aside from the three leads being proud Aussies, and speaking lots of local words or slang, many of the supporting actors are Aussie too. It makes one feel proud!
The three leads, Broden Kelly, Mark Bonanno, and Zachary Ruane, are a hilarious bunch. Throughout their various characters, they share great chemistry, and manage to pull of manic moments, rubber-faced insanity, as well as amusing deadpan or straight-faced moments. What I especially enjoyed was how quickly they can shift from goofy to serious. One moment they're all smiles, then suddenly "Broden, what the fuck?!" like a pin dropping.
The show is full of small appearances and cameos by various people, including American actors and comedians, to performers as high profile as Weird Al Yankovic! These are often funny, and never feel obnoxious or really in-your-face. It also never feels like the Donna boys have sold out just because they now have a celebrity in their show. Far from it, I gained a new respect for Ed Helms for his involvement in this (not only does he act, but executive produces too!).   It was also a delight seeing classic Aunty Donna collaborators like Michelle Brasier and Ben Russell! 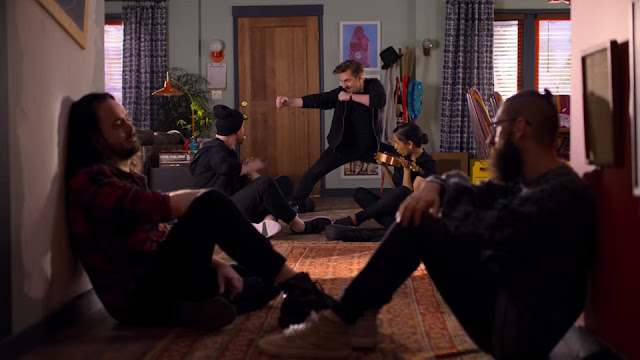 The music in House of Fun is a highlight. There's a great variety, with musical numbers aplenty, short and long. Everything's a Drum is an arresting way of grabbing the audience's attention, and showing that these boys aren't afraid of a good tune. Some can come completely out of nowhere, so you never know when to expect the characters to suddenly burst into song. The ending theme is fun too. Sung by what I presume is a female electronic voice, it's tailored to match each individual episode, and is fun to hear each time, made all the better by the familiar Aunty Donna refrain. 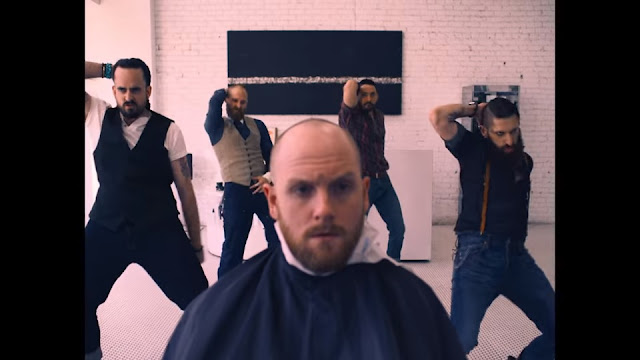 Aunty Donna's Big Ol' House of Fun won't appeal to everyone, nor is it meant to. What's important is that it appeals to its longstanding fans, and has entertained many new viewers. I'm looking forward to a next season, and whatever else the Aunty Donna troupe brings to us. All in all, I'd say I'm fairly chuffed by this show...
Posted by Chris at 2:00 AM