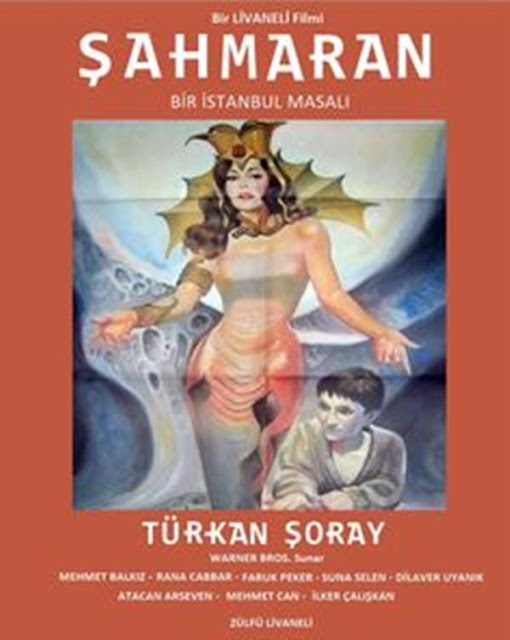 I've heard a bit online regarding the 1990s as a dry spell in Turkish cinema, with some sources even going as far as to say there were no Turkish films made during this period at all. Ummm, no! This certainly was a period where things were in a bit of a lull. The video and TV market was more popular, and the film sector wasn't as strong as it had it its heyday, but things weren't completely grim. Can you really call a cinematic period a dry spell when we get fantasies about giant snake women in Istanbul?... 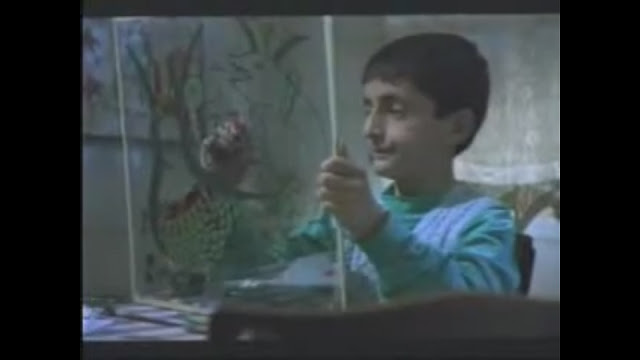 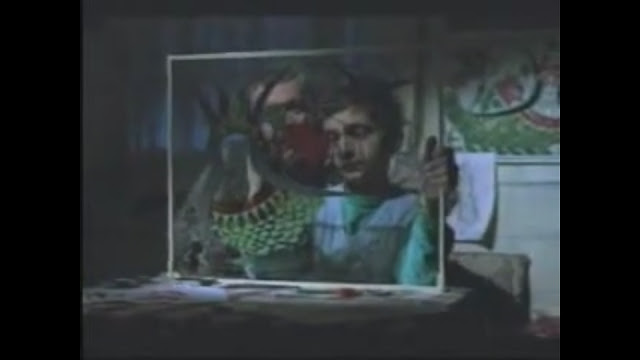 Yusuf is an imaginative young boy who dreams of the snake queen, Şahmaran, and often goes searching for artifacts in some old ruins. One night he finds himself lost in the complex, and is discovered by a band of antique smugglers, who realise they must keep this intruder prisoner, or else their operation will be busted. Yusuf is angry, but soon grows attached to his keepers, namely the beautiful ringleader Sultan. Together they swap stories of the snake queen, and how her own encounter with a boy led to her death... 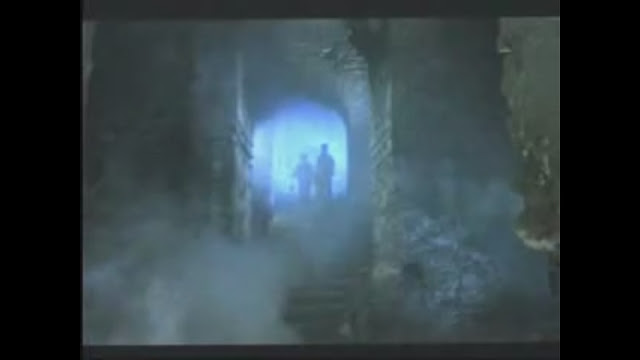 Şahmaran is a magical realist film, weaving together a story of boys and thieves with a fantastical world of snake women, imps, and nefarious sultans. This is a genre I really like, and also strive to create in, but also a genre that can can piss me off if done poorly. This is because no-one wants to watch a boring fantasy, and if you have too much of the real world and not enough fantasy, the whole thing can just go to pot. The story is a bit of a strange one, but reasonably well written. It's never boring despite its confined settings, and there's enough intrigue here, even if it is presented in a bizarre way.
Where the film fails to impress is how it takes halfway through the film before the fantasy sequences even start. They do play an important role in the story, as well as thematically, but it takes so long to get to them that it almost begins to feel like false advertising. There's not enough of them for my liking either, to the point where they skirt dangerously close to being an afterthought.
The last act is a bit of a downer. It feels inevitable, and sure enough the events in the real world end up mirroring those of the fantasy story. I guess it all has a place in the writer's vision, but it felt a little unnecessary, and I didn't quite understand the point of some scenes. We're then given an ending that doesn't seem to know when to end, with a few confusing moments, before finally getting a nice fantastical moment to conclude on, that does impress. 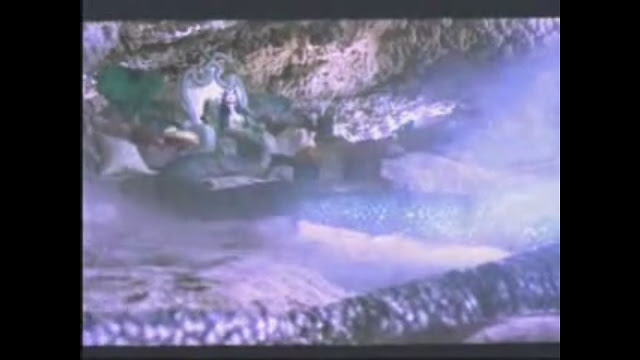 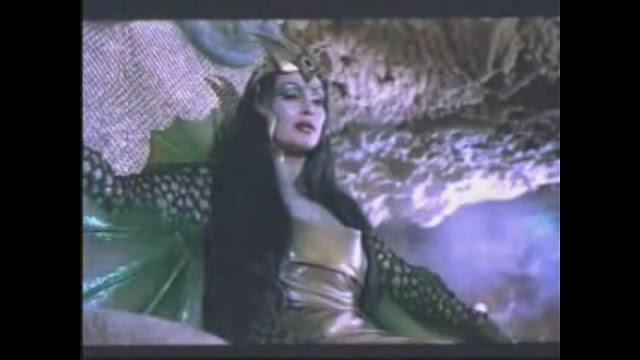 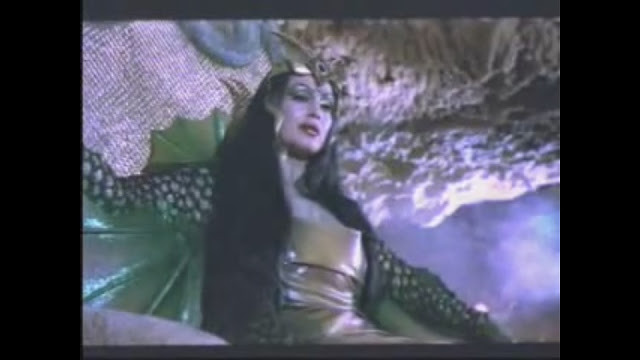 Yusuf is a good protagonist, adventurous, resourceful, and clever, but is still believable as a kid. His likeability takes a serious downturn after his actions in the last half hour though. Despite throwing completely understandable temper tantrums to be allowed back home, and despite the great care taken by the smugglers to send him home without him knowing their location, Yusuf decides he misses his new friends, and goes poking his nose around the ruins again, leading their enemies straight to them, getting them all killed! This kid is a little shit! You only had one instruction, stay away, but you didn't listen and now they're all dead! Their blood on your hands, Yusuf! 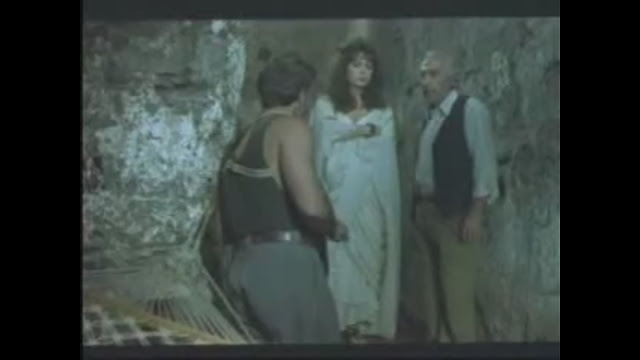 Sultan is suitably enigmatic and sexy, while also having a maternal streak. She gets along well with Yusuf, who is a typical boy around her. In one scene he can't help but grab her boobs! He's lucky he's still breathing! She's nice enough, and shares a good friendship with Yusuf that always feels convincing.
The two henchmen are an amusing pair. There's the older more levelheaded guy, and the crazy headstrong one, who starts out a little homicidal in temperament, but becomes a funny presence (especially when he speaks in English). Overall these guys are not really developed enough. They appear just enough for you to come to like them (despite technically being kidnappers), but not enough to actually really know a darn thing about 'em. Their deaths are a bummer, and come too quickly. The film wastes no time. They aren't even able to react to Yusuf's surprise return with "Mate, you're back! Aww, you shouldn't have returned, but were' glad to see ya." before they get abruptly gunned down. 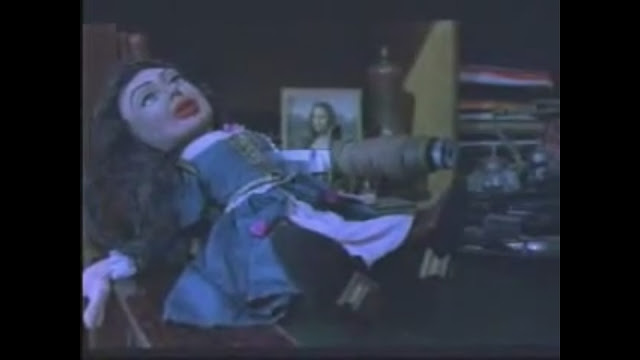 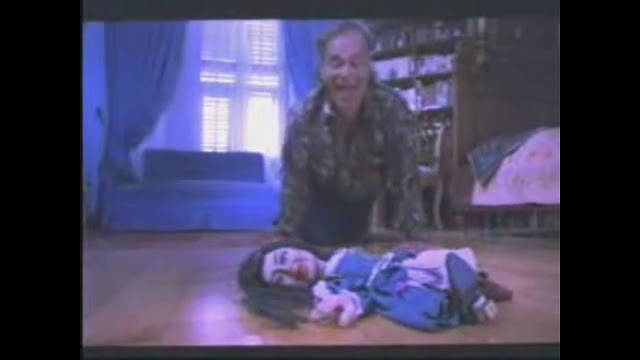 We don't see much of the villain, but his scenes sure leave an impression. Every now and then we cut away to a weirdo yelling at his dolls, throwing knives at them, and crawling around the room like a maniac. He turns out to be a crime lord with an axe to grind with Sultan. I guess it's a good thing that such a character is distinct rather than just some boring guy in a suit, but man did they ever go in a weird direction with him! 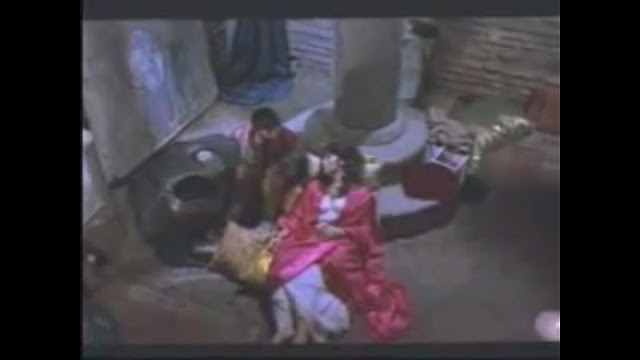 I'm not entirely sure Şahmaran works as a coming-of-age tale. Considering it contains no less than three shootings and stabbings, and one graphic snake lady execution, it's probably not suitable if you're a square, but I'd say most kids are bloodthirsty enough to be fine with it. Whether they'll get anything out of the story though I'm not sure. They'd probably just go "Mum, change the channel". 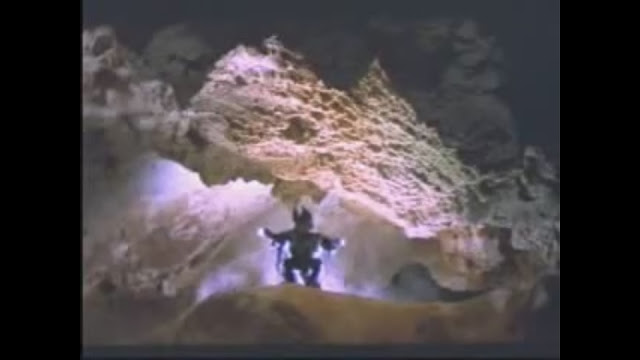 The scenery here is really good. The movie is shot on location in Istanbul (technically every Turkish movie is shot on location, since sets were a luxury they didn't have), with the ruins and caverns being shot in the Anemas Dungeons, and Basilica Cisterns. The ending shot of the rising boat is well handled too. It looks like a mix of a model boat and a real location.
The effects here are neat. There's not a lot, but what there is has to be big, and has to convince, and it certainly does. The titular snake queen is a great sight, and they spared no expense in her length too. I'm quite curious how they made it! My guess is that it was a repurposed kiddie tunnel, covered in a painted green tarp, and glued to the actress. Whatever the case, it looks convincing. The effect when it gets chopped doesn't pull any punches either. It's surprisingly grisly. And they do it twice too, meaning they must've been confident it'd look good! They were correct. 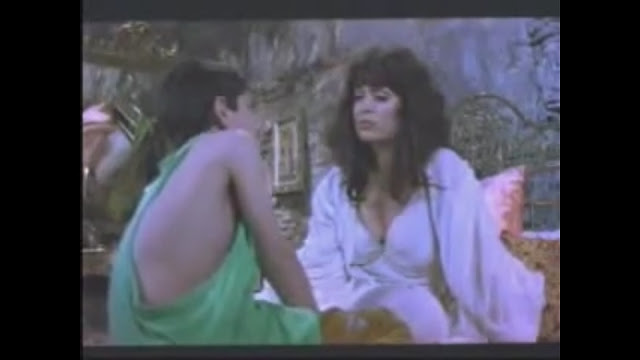 The cast here all do a nice job. Turkish beauty Türkan Şoray is a good lead, and it's nice to see she was unafraid of weird roles. Mehmet Balkız carries the film decently enough, while Faruk Peker and Dilaver Uyanık are entertainingly weird. Atacan Arseven on the other hand just seemed goofy. Rana Cabbar has a smaller but effective emotional performance as Yusuf's grandfather. Dwarf actor Mevlüt Demiryay makes a brief appearance as an imp, and is indeed the reason I even found this film. I wished he got more to do. After all, when is more imps ever a bad thing?
The score to Şahmaran is neat! We've got fancy orchestral pieces, which lend a grandiose fantasy atmosphere. Then we've also got some synthesiser pieces, that sound cool and set the mood, without being over the top enough to be distracting. 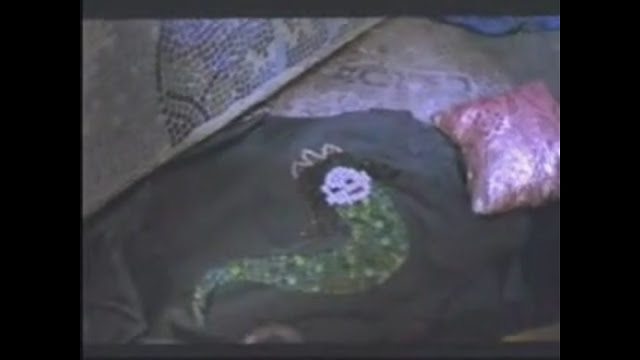 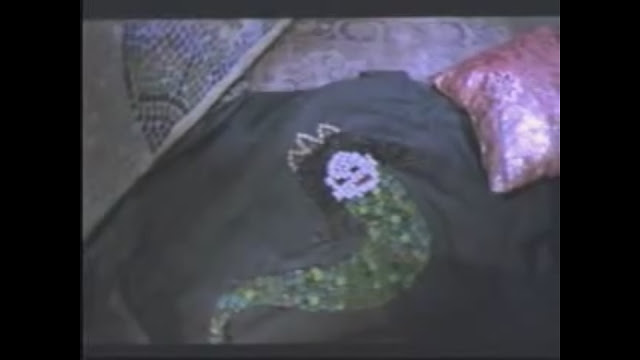 Şahmaran highlights both the highs and lows its genre can produce, and is an interesting film if nothing else, with some good visuals. It's not the best, and I wouldn't recommend it to most people, but if it's your kind of movie, or it sounds like it appeals to you, by all means watch...
Posted by Chris at 7:46 AM