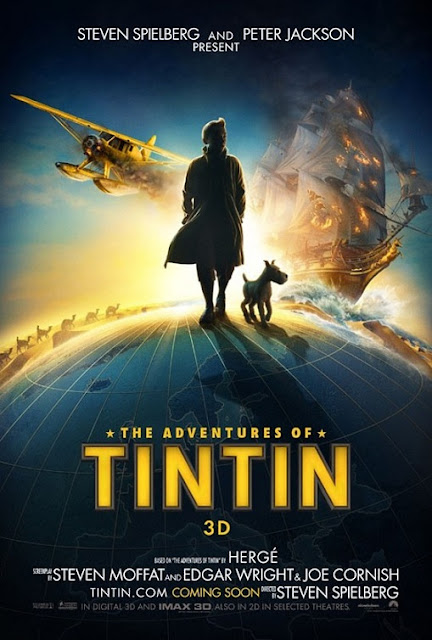 The Adventures of Tintin represents not only the first English film adaption of the classic Herge cartoon series, but also the very first version to have the backing power of Hollywood behind it. A luxury the French (or indeed the Belgians) could only dream of. Directed by Steven Spielberg and produced by Peter Jackson, a dream team if ever there was one, 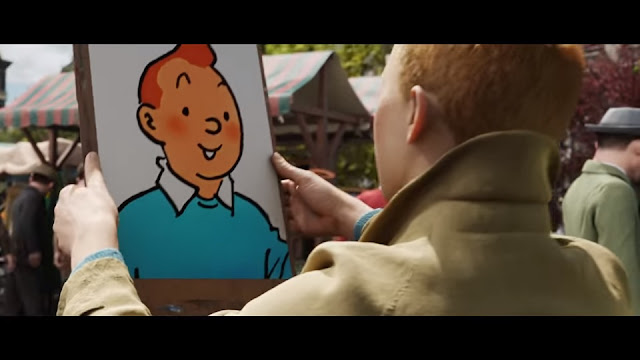 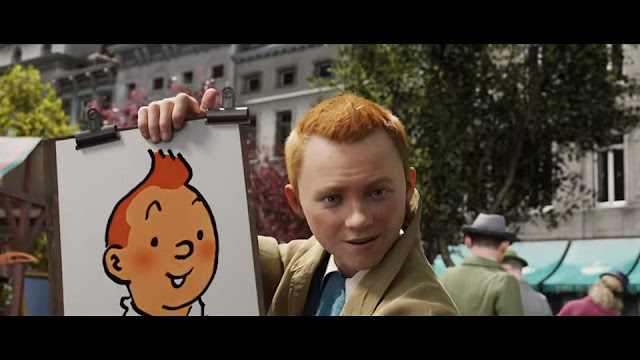 Tintin is an eager young reporter, always looking for an exciting new story. He may have found more than he bargains for when a simple model ship at a flea market becomes an item of considerable interest. Tintin is accosted by strangers for it, given enormous offers, and soon finds himself a target. He tracks the clues to an old family estate, and begins a dangerous adventure that will span the world... 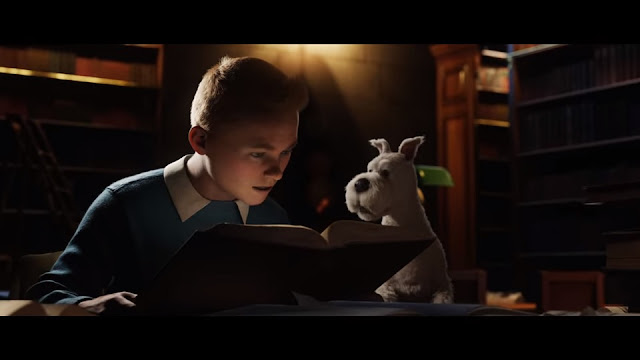 For me, The Adventures of Tintin is a mixed film, and I'm not quite sure why. It's by no means bad. In fact it's very good. It translates the title character well to the screen, it looks gorgeous, and the story was good when told in the comics. But for some reason I just never quite gelled with it. 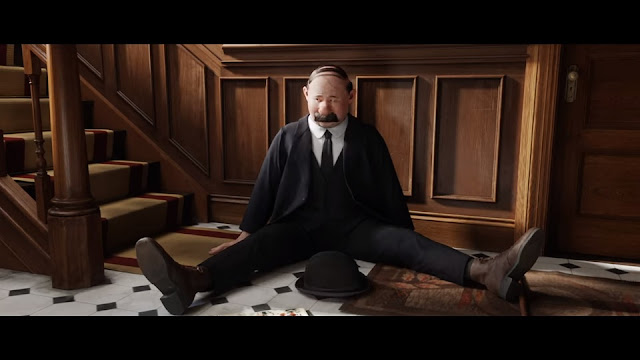 As adaptions go, this is very faithful to the source material. It predominately gets material from the two Tintin volumes Secret of the Unicorn and Red Rackham's Treasure, and combines and streamlines them well. While this wasn't the first Tintin story, this version introduces us well to the characters, even if it does have to bend over backwards to accommodate certain changes (such as introducing Tintin to Captain Haddock, when they were already friends by this time in the comics). 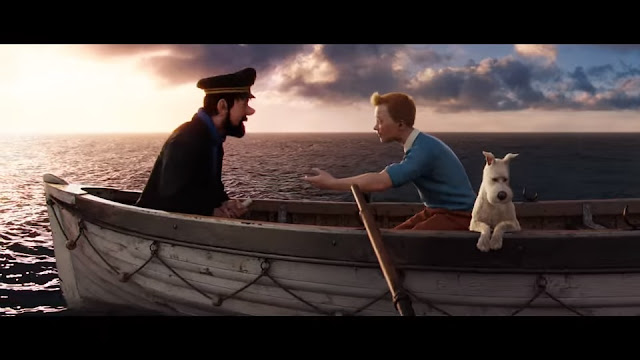 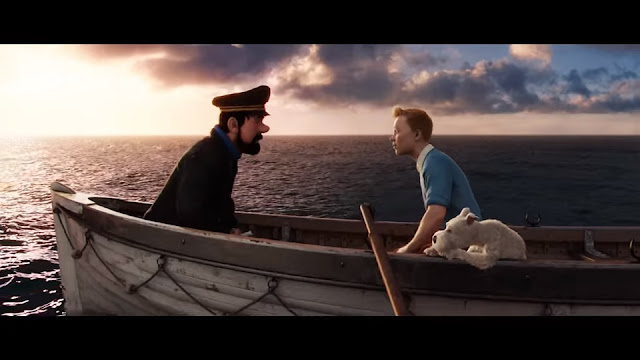 The story moves along at a good pace, and trots all over the globe, from the streets of France, to fancy ancestral estates, the wide ocean expanse, and the desert wastes and port cities of Morocco. We have themes of golden age piracy, sunken treasure, and family curses, and the overall mystery is a good one, even if you've already read the comic. 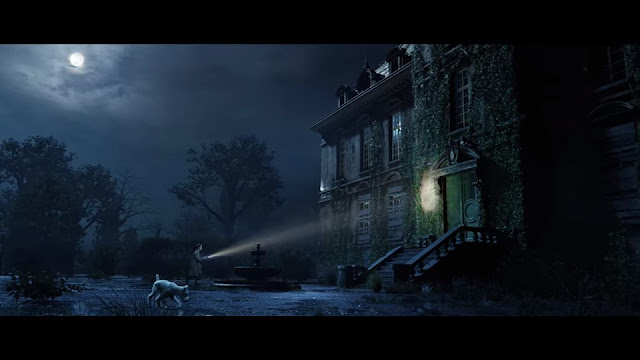 Tintin is a likeable hero, clever and resourceful, and always noble. Snowy is a great sidekick too, and his share of the discoveries mustn't be underestimated! Captain Haddock is amusing, a bombastic and irritable boozehound, but a great ally to have in a pinch (when he's not actively causing problems, that is). 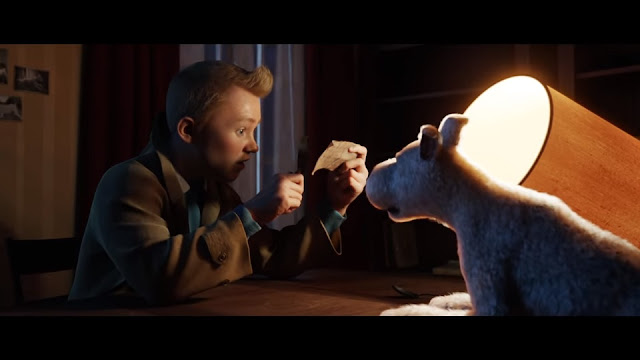 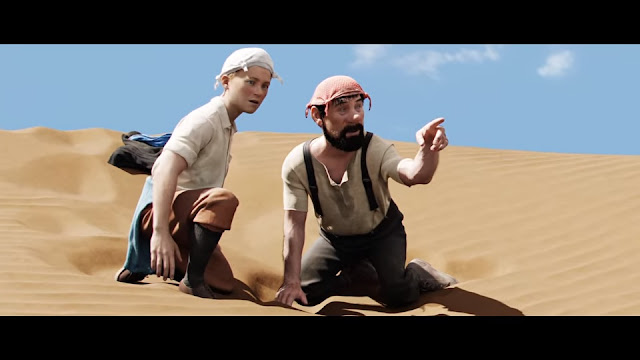 Bumbling detectives Thompson and Thomson are always a hoot, and get some of the best scenes. Butler Nestor gets some good moments too. The only character of the series missing is Professor Calculus, and that's strange considering Red Rackham's Treasure was actually the first Tintin book he appeared in! I do understand why he's not included, since you don't wanna overcrowd things, but he's still missed. 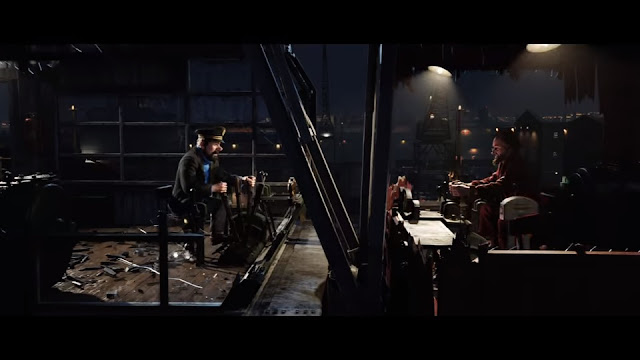 The villain of the piece is diabolical schemer Sakharine, and he is an effective antagonist, with an important link to Haddock's past. He natters on a lot about fate and destiny, but is never annoying or incompetent.
The cast all do good jobs in bringing these characters to life. Jamie Bell is a good lead, getting across Tintin's young adventurous spirit. While I'm not sure I was sold on the accent for Haddock, Andy Serkis does a neat job, and it's cool to see him get a vocal role like this. Nick Frost and Simon Pegg are perfect as the Thom(p)sons. And lastly, Daniel Craig does well in an against type villainous role. 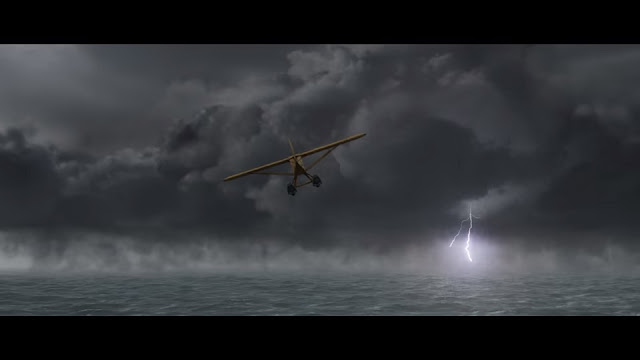 The direction by Spielberg is very good. Scenes are framed well, and never boring. Many scenes are shot all in one take, and are good, though some are a bit dizzying. Intentionally so, but still. I wasn't a fan of the big action scenes. They are visually impressive, but equal parts annoying. They felt very modern and American, in how there's a loud and chaotic stream of things happening in a row, in a way that you only see in movies. 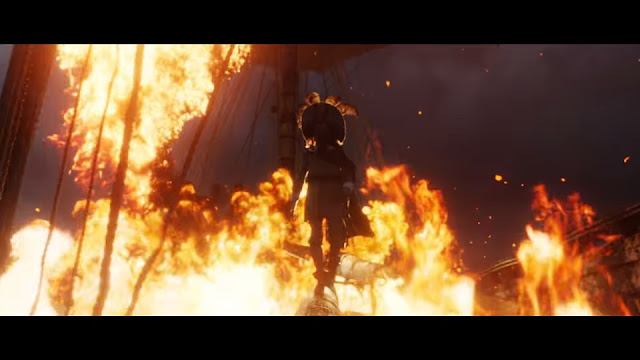 The animation in Tintin is slightly mixed. As far as movement and design go, it's flawless, with special praise going to the locations! Many setpieces look superb, and some scenes are straight from the comic. Where is the animation lacking, though? The characters themselves, namely their eyes! This kind of animation often has problems with dead-eyed characters, and while it's not quite that bad here, it can still look a bit weird, and the characters themselves can look uncanny at times.
The soundtrack is full of enjoyable tunes. Nothing astounding, but it all does its job well, and pulls you into the action. There's also a touch of opera too, which may leave you pleased, or reacting like Captain Haddock. The film's opening credits were a treat too, done in a neat 60s Parisian art deco style, which I just adore. 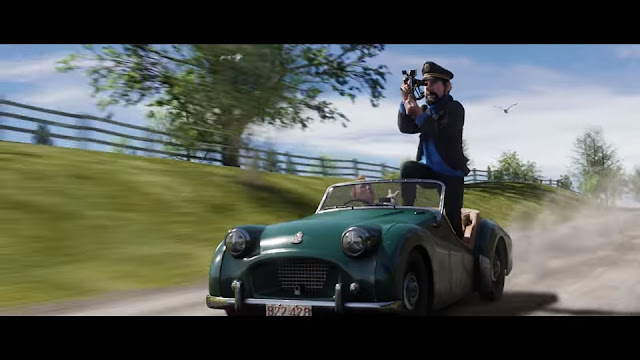 While I'm not the biggest fan of The Adventures of Tintin, I still recognise it as a fun movie, and definitely worth checking out. Not that I need to do that, when it was a popular blockbuster, but still, it's the thought that counts. Now if only this could get a sequel someday!...
Posted by Chris at 7:43 AM