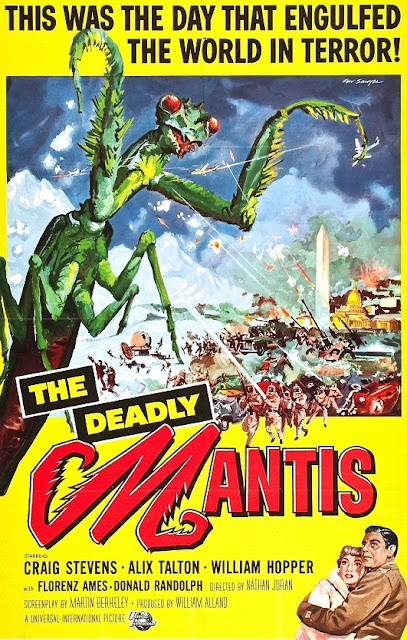 After a volcanic eruption, a prehistoric mantis of unfathomable size is thawed out, and begins wreaking havoc as it migrates south to a warmer climate. As effortlessly as it can demolish human settlements, it can evade the military and its attempts to destroy the beast. Can it be stopped before it reaches a major city?...
Science really is typical. You set off a nuke in the Atlantic ocean, and a giant praying mantis attacks Antarctica. What's to be done? 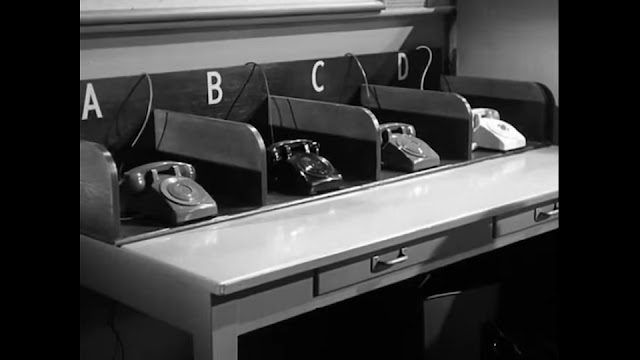 The Deadly Mantis doesn't exactly get off to the most exciting of beginnings. Starting off with an abundance of stock footage, and bland voice-over telling us about government function, it wears on one's patience. I was thinking 'Bloody hell, cut out the damn telephone guide and begin the movie already!'. Eventually things do get rolling, as it's all fairly passable, especially in the climax, where things get more exciting. 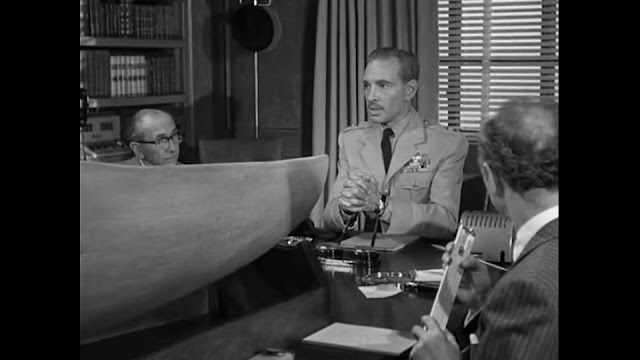 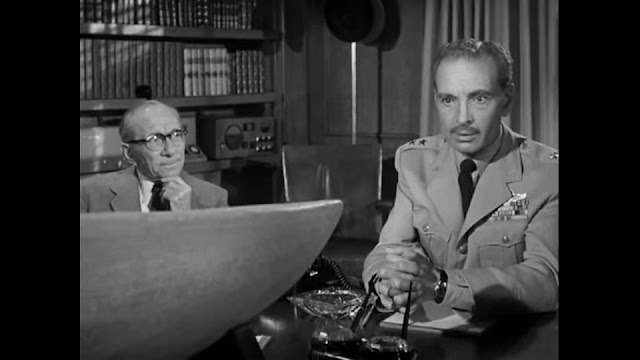 If The Deadly Mantis has one big issue, is that it's hard to buy. We're supposed to just accept that a 50 foot tall praying mantis is hard to find. Call me crazy, but I think it's the kind of thing people tend to notice. You don't really see many of them about, after all.
Another problem is that it's a bit dull and listless for the first leg. To compare this with Beginning of the End, that film spent its first act gradually building up the threat, and neither the title nor the events suggests an obvious culprit. But when you put on a movie called The Deadly Mantis, it does feel a little frustrating to see the characters waddling about for 30 minutes wondering what could be going on. We know what's going on! 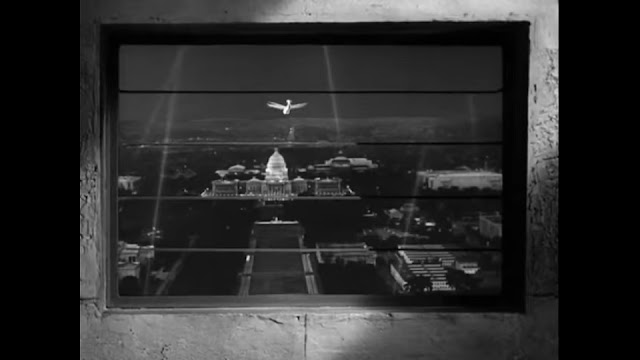 The film's location is a neat one. Of all the places to feature a giant mantis, the Arctic is fairly unique. And while its constant disappearances are still a surprise, at least an inhospitable wilderness is an easier spot for it to hide in. Which is why it's a shame the action moves south to Washington, where it's comparatively boring (except for the landmark action, of course). I think if the movie had've stuck with the Arctic, it could've made for a more claustrophobic setting, especially if the heroes only have limited resources. 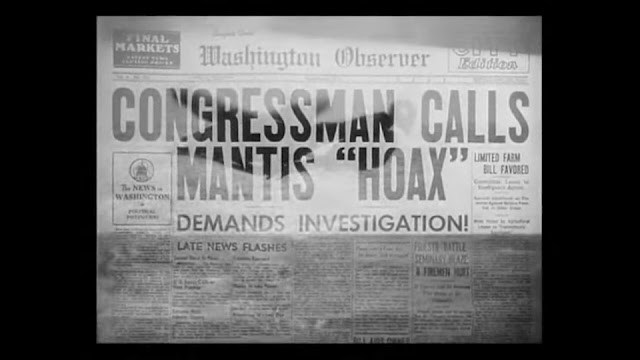 It's a bit hard to get attached to the characters here, because it takes so long before we're introduced to the heroes. Before then we get a few people who could be the leads, who are then unceremoniously eaten. When they finally show up, they're a bit milquetoast. I was surprised who the plucky female sidekick ended up with though. I just assumed she'd shack up with the hunky scientist, but nope. Lastly, the ice station personnel are amusingly sex-starved-"He's with a woman! A female woman!".
The actors all do well with the material they're given. Nothing super impressive, but nothing bad either.
The effects in The Deadly Mantis are a high point. Many b-movies fail to live up to their titles, but this does. There's never a moment where the mantis is unconvincing. It meshes very well with its surroundings, and is suitably menacing. 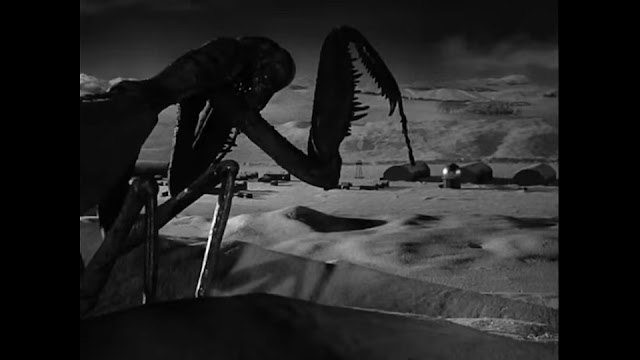 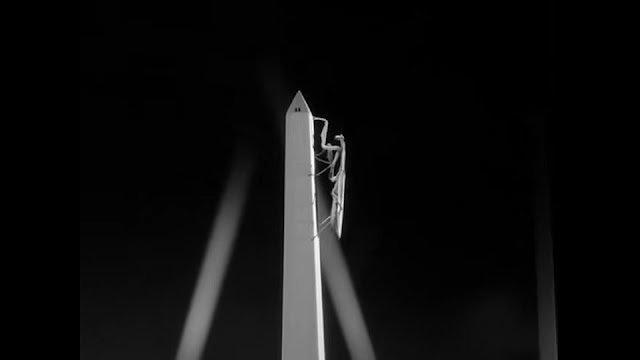 Overall, if you're a fan of b-movies like I am, you're honour-bound to check The Deadly Mantis out! There are certainly ones bad enough to avoid outright, even if you are devoted to the genre, but this is hardly that bad. But if you're just a casual moviegoer, there are better ones to watch...
Posted by Chris at 3:30 AM