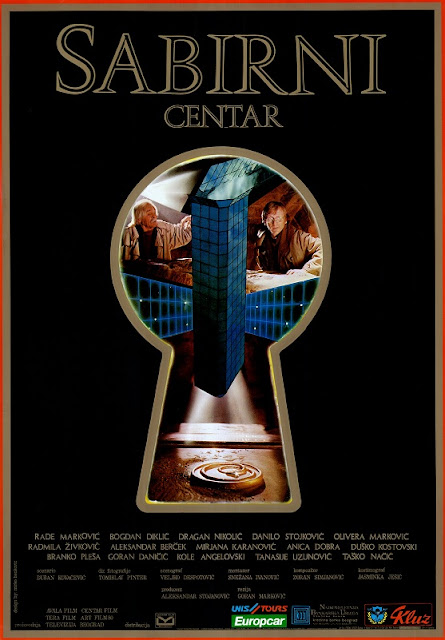 Professor Miša is an elderly archaeologist examining some ancient ruins, when a hidden chamber is uncovered. He immediately realises the site's importance, but the strain of the whole endeavour leads to his sudden death. As his callous family moves on, arranging a funeral to coincide with a garrulous wedding, and tearing at each-other for their inheritance, Miša awakes in an ethereal location-The meeting place of the dead. Here are the spirits of all those he knew in life, and he learns about the deeds of the living that have prevented them from moving on to the afterlife... 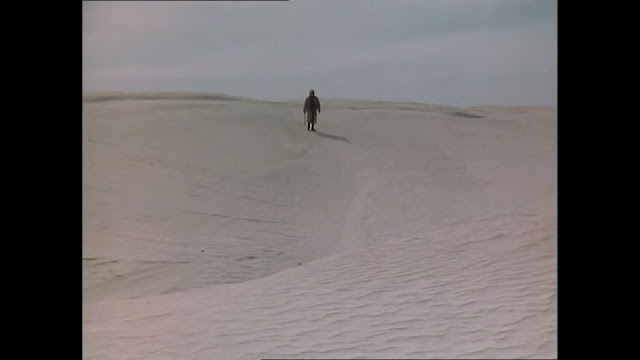 Sabirni Centar (The Meeting Point) is a fascinating Serbian film. It's a mix of genres, from fantasy, to drama, and comedy. These all mix seamlessly, with the tone never feeling awkward. We can go from goofy in one scene, to solemn in the next,   Some have described it as a Magical Realism film, and while I'm not sure I agree (only because that's a very fiddly term), I can definitely see elements of that sub-genre at play here. 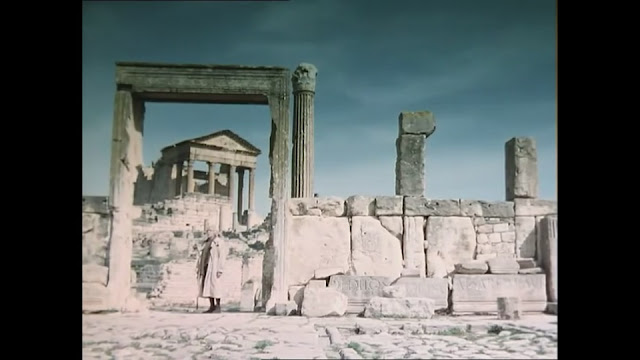 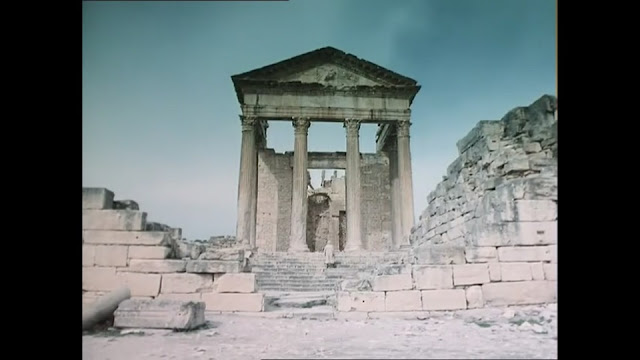 The film presents an effective commentary on human culture, shining a light on the pettiness, greed, and other 'deadly sins' that communities can commit, whether intentionally or not, and the impact they can have. Here the dead cannot find peace due to the actions of the living.
The film does a good job showing   but it's also good at making them fun to watch. If they were genuinely nasty to the core, the film could be a slog, but they're just the right kind of bad that you can have a good chuckle at.  Another thing Sabirni Centar does is show off the Serbian people's partying side/spirit. Where else can you fire a gun up in the air and go "Musica!"? 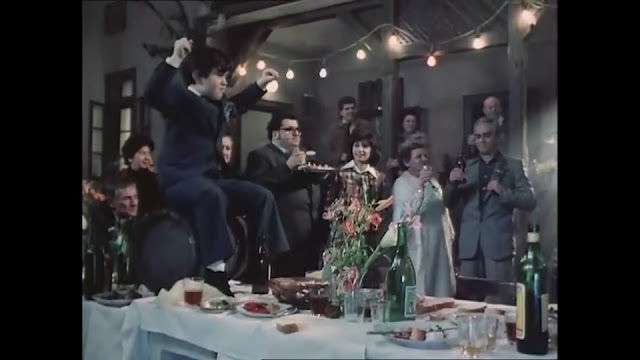 There's a strong cast of characters here. At first there are a lot of people to remember, and who is who left me scratching my head at times, but you quickly get the hang of everyone and who's related to what. You have sympathetic heroes, craven relations and townsfolk (none of whom are presented as 1-dimensionally evil), and restless but wise spirits.
The plot is a well-paced one, with some twists and turns, a few surprises, and some great concepts. I did expect Miša to do a bit more when he returned to life though. I was expecting there to be a grand adventure to be had, maybe uncovering the secret to the mysterious portal, or keeping it out of the hands of diabolical villains, but it's more low-key than that, with Miša simply returning to give his family and 'friends' a chewing out for their selfish and greedy behaviour, before abruptly dropping dead. I'm generally happy with this direction the plot goes, but I guess I just wish the old guy got the chance to do a bit more. 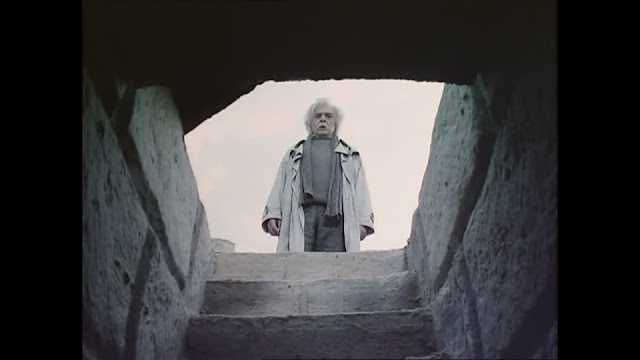 I also found the spirits' journey to Earth to be a little disappointing. It's great stuff, but feels almost like an afterthought. A very elaborate afterthought, mind you. While Miša just walks through a dark passage and we cut to him back in the land of the living, the others go through a variety of crazy scenes along the way. These include a great mythological gag, which spoke of the intelligent humour on display here. There are also many other historical moments. My only problem is that this section does go on a bit long, and by the time the spirits reach the world of the living, there's only 15 minutes left. They do enough when they get there, and there are some funny and quirky moments, but I did wish there could've been more, and perhaps a little sooner. 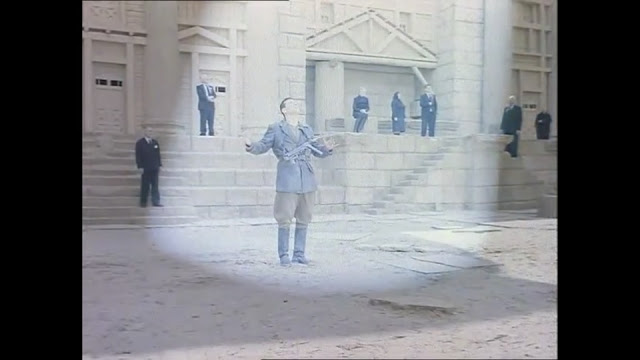 While some of what came before may have been a little hurried, the ending itself is fantastic. The loose ends are wrapped up, and everyone gets together back in the meeting place for a calm but grand final scene. 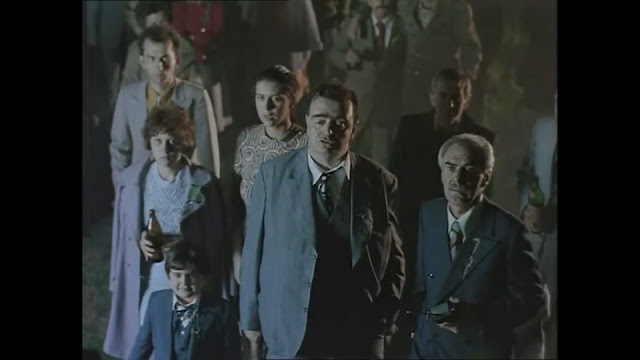 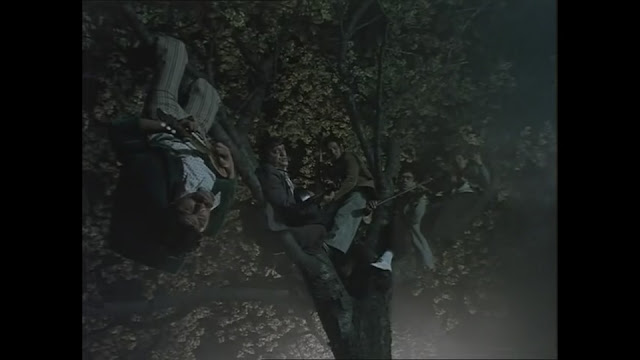 The film's comedy comes from a few places. There are some comic relief characters, like the three clumsy gravediggers(/robbers), but many other characters elicit laughs too, and the curious spirits returning to the land of the living have a lot of amusing moments too. There's slapstick here, wordplay, and more. 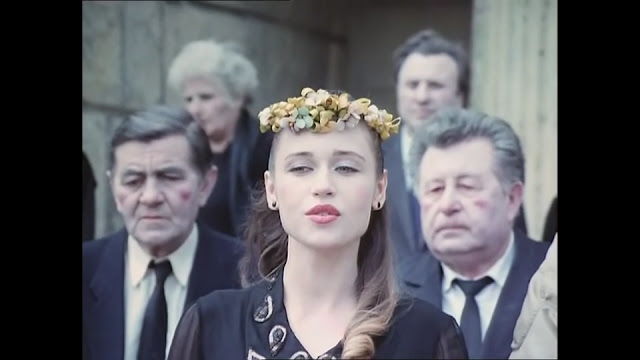 The cast do neat jobs, with various different kinds of performances. Rade Marković is a good lead, and while he may look like a frazzled Albert Einstein here, he gets across the drama of the story well, while also having his share of amusing moments. Anica Dobra is beautiful as Miša's deceased wife. Longtime Yugoslav actor Danilo 'Bata' Stojković has a funny role as the leech-enthused town doctor, Taško Načić is reliably quirky as the [town mayor], and Goran Daničić is good as a [gung-ho] soldier ghost. There are many more, and no bad performances as far as I could see. 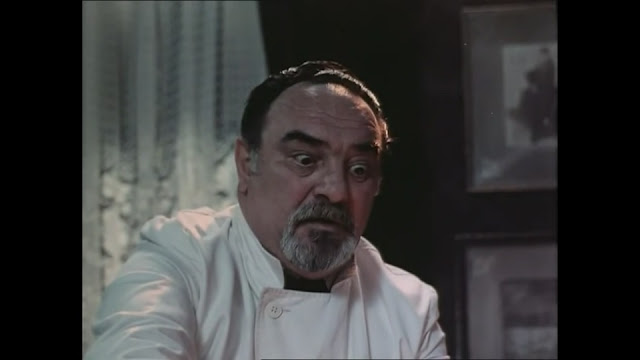 The direction by Goran Marković is superb! Sabirni Centar always looks good. I liked a lot of little touches, like how it used empty spaces, filling them up as the camera pans around. The film also does a subtle but cool effect when a lot of the spirits move. Instead of walking, they glide. It's not a big effect, which makes it very nice to see. And lastly, I thought the colour of the many black funeral suits contrasts very well with the pale yellow of the meeting place. 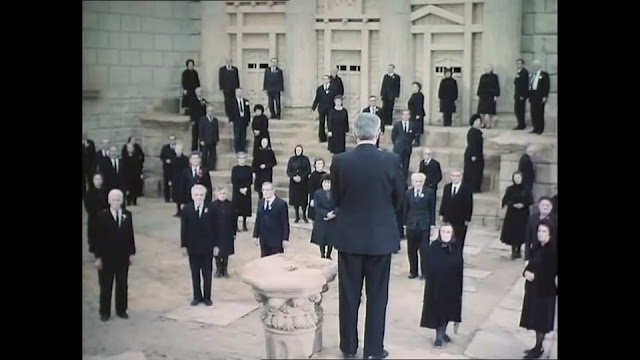 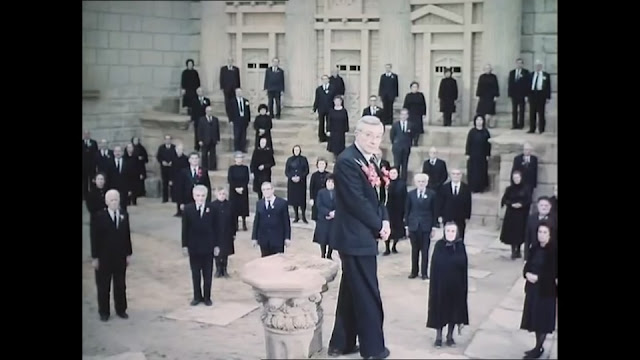 The locations are just as gorgeous. The majority of the film is shot in Yugoslavia, with the earthly ruins being filmed in Gamzigrad while the scenes at the meeting place were filmed all the way in Tunisia. It's not just the locations that amaze too, but the vistas, namely one at the end, which captures the twilight clouds in such a stunning way.
The score in Sabirni Centar is great. We've got spooky and ominous tracks, comedic ones that really fit the mood, as well as solemn and beautiful pieces, namely the song at the end that plays the movie out. This is really something special, and composer Zoran Simjanović should be proud. 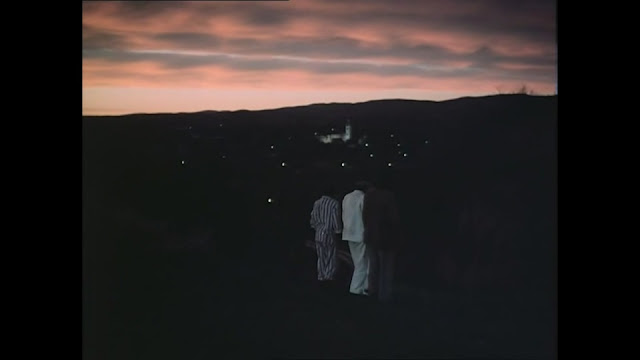 Sabirni Centar is one of the best Serbian movies I've seen, and well worth checking out. It's hard to find with English subtitles, but the resourceful will be rewarded, I'm sure. It might make you think, and even if it doesn't, it'll make you laugh anyway...
Posted by Chris at 8:47 AM