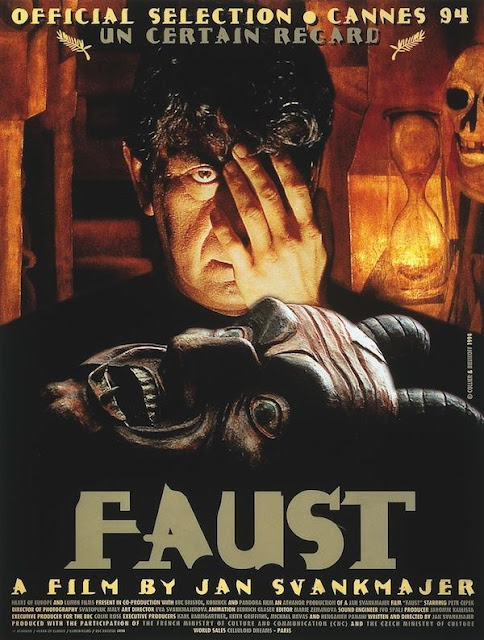 The experiences of a stage actor playing Faust end up mirroring that of the character, as he makes a deal with the devil for information, only to realise the folly of his ways and try and find a way out of this dilemma before it's too late...
Czech artist and filmmaker Jan Svankmajer is renowned for his unique work. They really are like nothing else, and Faust is a perfect example of this. A retelling of the famous folk tale, 1994's Faust is part horror, part comedy, with live action, stop motion, and frequent use of puppets. 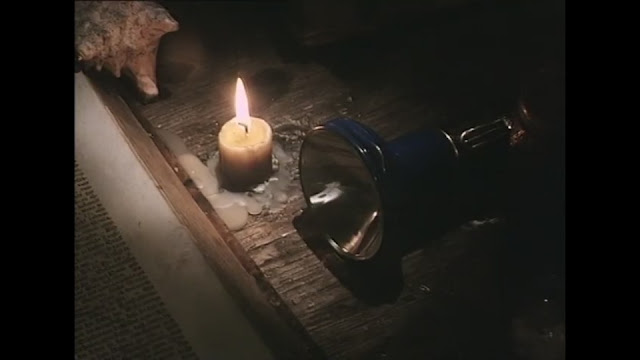 The story is basic, and told with so little dialogue that it borders on being a silent film at first. Don't think this means the film has nothing to say though, as there are some really fascinating exchanges between Faust and Mephistopheles. Philosophical in nature, they really make you think, and portray an interesting battle of wits between the two characters. Faust is quite smug and arrogant, insulting it for apparently knowing nothing, while the demon throws it in his face that he's stupider for selling his soul in the first place. 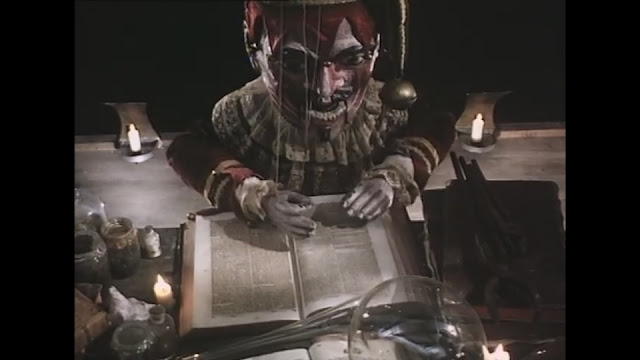 Who the main character even is is a little confusing, as is the reality of the situation. Is he really Faust? Is he someone else making a satanic deal, and completely missing the point of his play? Or is everything just a fantasy for the stage? Who knows. Maybe the answer to these questions is an important thing to think about, or maybe it's just irrelevant set dressing, setting the stage for the truly important things. 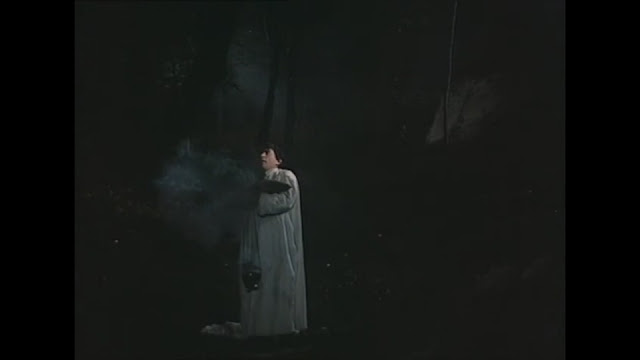 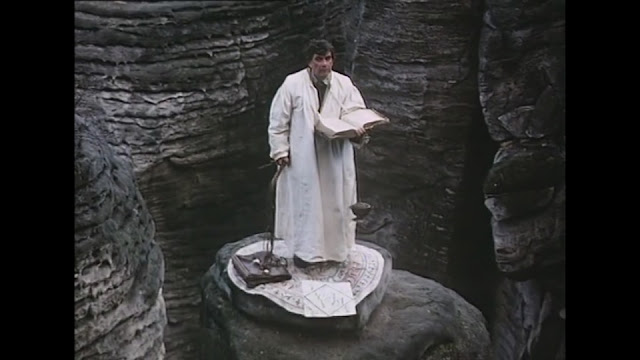 The film makes strong use of impossible and dreamlike geography. For example, Faust will find an address inside a hollow egg found in a loaf of bread. He follows it to a theatre, then cuts through a set backdrop, taking him into a dark chamber of rituals. And another instance sees him in a bathroom leading into a nighttime diner. Here he descends a deep flight of stairs, which takes him out into the 'real world', at daytime...except it can't possibly be. 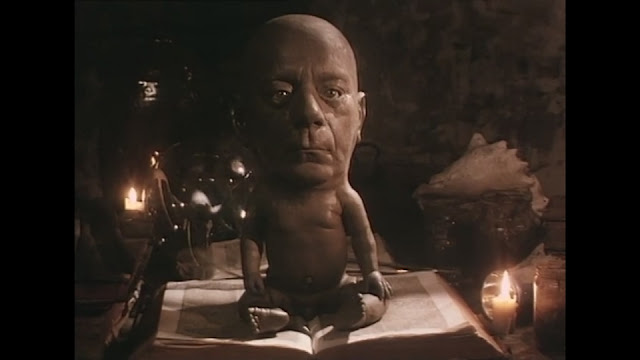 The effects and visuals in Faust go hand in hand. The movie is performed in a combination of live action, life sized marionettes on stage, and stop motion. It's pulled off really well, giving the film a superb style. It mixes and matches too, such as real actors being moved frame by frame, to deliberately disconcerting effect. The stop motion is handled very well, and manages to be typically grotesque, without being too gross to look at.
The settings are likewise really good, capturing a sense of magic and mystery in these dank little locations. Something I really liked about the movie was its portrayal of the mundane. Little post-it notes are just as common here as ancient grimoires, and it meshes in an interesting way. 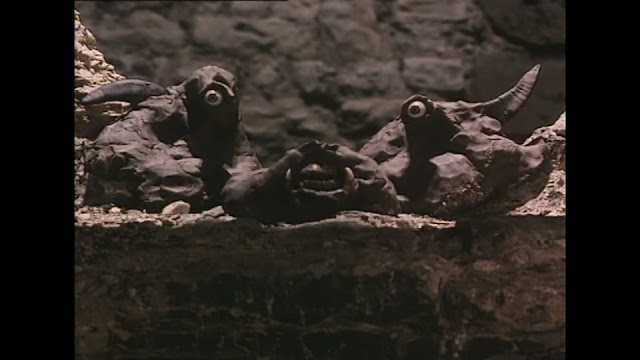 In terms of pacing, Faust does feel a little slow at times. It probably could've been cut down to size, given its fairly minimal nature, but a least it's never boring. Slow and almost meandering at times, but never outright bad.
Faust may sound like dark subject matter, but it's also a quite a funny film. Its sense of humour ranges from the goofy, to the absurd, and the wryly witty. This combination is just one of the things unique about this film, leaving a lasting impression.
The acting in Faust is mainly carried by Petr Čepek, and he does a great job, both as the titular character, and as the demon's 'human' form. He sadly passed away only shortly after the film's release. He really gave it his all. The rest of the cast include some of Svankmajer's regulars, who do great jobs, and nail a creepy demonic vibe. The film's dub is very good too, with a great vocal performance. I've seen the movie both in Czech and in English, and both are fine. 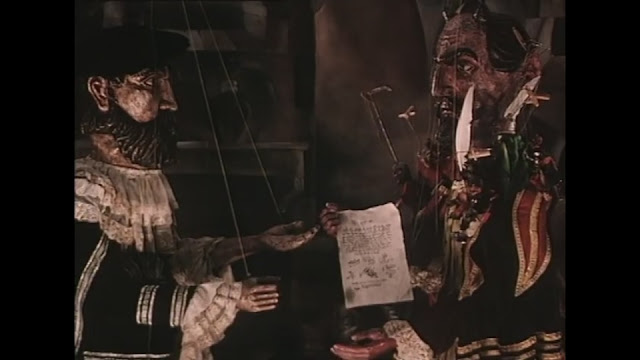 Faust ranks as one of Jan Svankmajer's best films, and shows just how inventive Czech cinema can be. Given this is the kind of movie you'd expect to air at 11:00 on SBS, I don't know how popular it is with the Czech mainststream (and indeed they'd probably have a heart attack if they knew more foreigners have seen this than Pelíšky), but I still think it's something they should feel proud of...
Posted by Chris at 8:14 AM