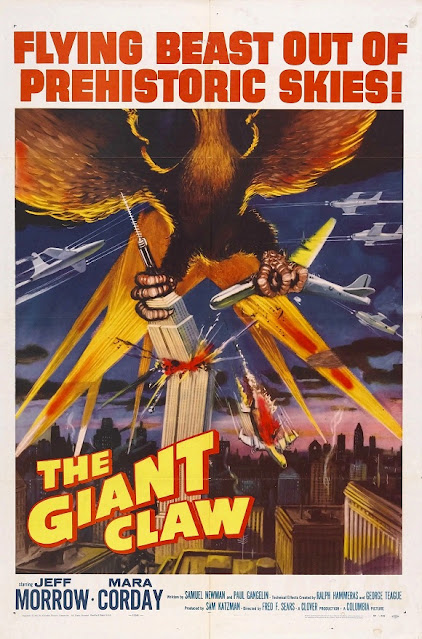 Mitch MacAfee is a wisecracking electrical engineer and pilot, who creates a stir when he sees a strange object when flying. It was as big as a battleship, yet showed up on no radars. Mitch is chewed out, but his story is soon backed up when planes begin disappearing. The culprit is soon found to be a giant bird like monster, from a faraway galaxy. Conventional weapons are useless against it, and Mitch and friends will have to find an our of the box method of destroying it, before the world lies in ruins... 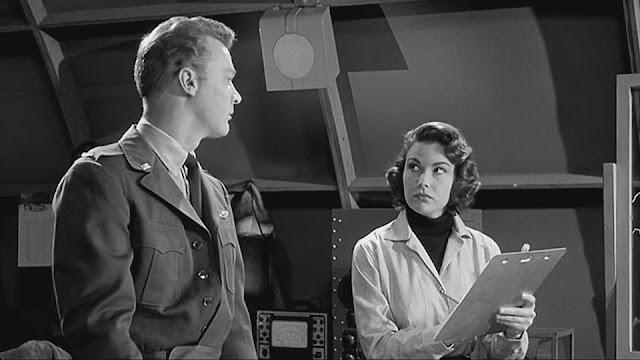 The Giant Claw is a quintessential b-movie. It has all the cliches, delivered in a fun way, and a monster sure to cause cheers whenever it appears.
The film begins with some ponderous narration, bringing us up to speed on the development of radars, and the inner workings of government. Thankfully this only affects the first act of the film, though it does return every now and then, and has an amusingly dramatic name for the monster-A feathered nightmare on wings. The movie is also in love with calling the monster as big as a battleship, as it makes that comparison what feels like 20 times, from at least 4 different characters! It gets to the point of ridiculousness! 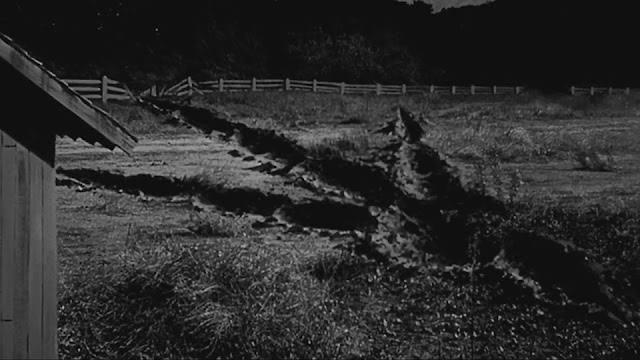 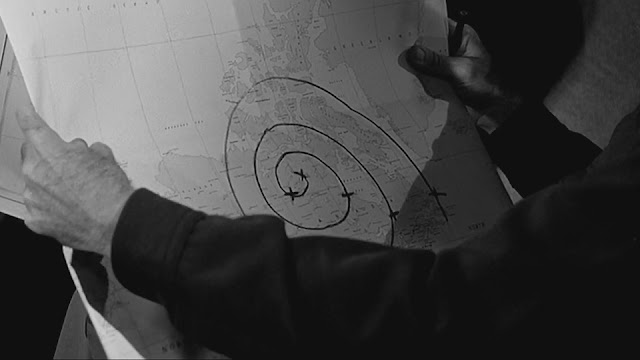 The set-up and mystery in The Giant Claw is effective, and the monster's appearance is built up gradually, before a spectacular entrance. The titular creature has about three big scenes, and each are different. Some surprising moments include some people attempting to parachute away, only to be gobbled up by the swooping monster, one by one.
The Giant Claw has a somewhat unconventional hero, in that the older  who I figured would be a supporting comic relief player ends up being the lead! He's a likeable guy, with a good sense of humour. His sidekick Sally is just as neat, and the two have a good romance. Their best scene together is their aeroplane, which includes eye-rolling lines like "The kiss you take is better than you give.". 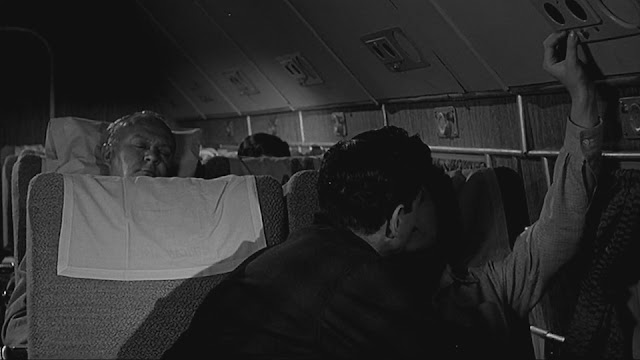 The interplay and banter comes so quick it doesn't feel like how people would really talk, but it is fun! They make such a din with their conversation to the point where a fellow passenger actually pipes up in objection. It's always nice when a movie acknowledges things like this.
Another funny moment was the appearance of some 'hip' teenagers, who frequently say 'Daddy-o', and get the hilarious line "Dig you later, gator!". Many viewers will probably cheer when they are attacked by the giant bird. 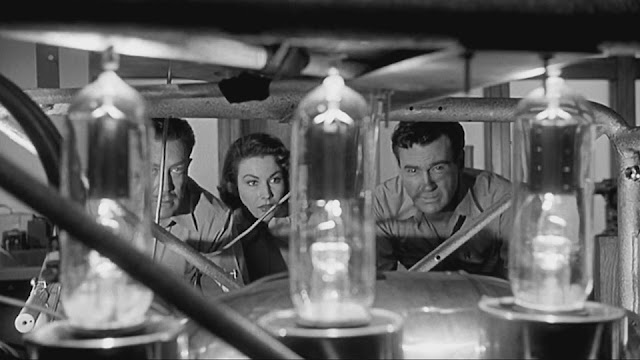 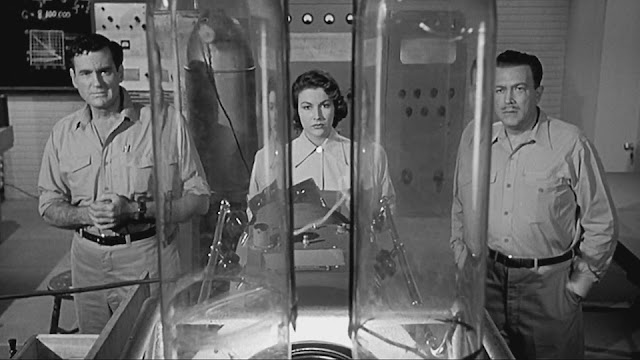 The science in The Giant Claw is fun, silly, and probably inaccurate. The alien bird is explained to be an antimatter creature from another galaxy (before the scientist backpedals and says it simply has an anti matter shield). How it doesn't explode in contact with regular matter is handwaved away. How a mere big bird is such a threat is explained well though. This force field makes it impervious to damage, unless the enterprising heroes are able to find a means of stripping it away.
One little thing I found interesting is how this film comes from a day when U.F.O. meant just that, before it became ubiquitously associated with spaceships. To us now, the idea of describing a giant bird as a U.F.O. sounds weird, but it must've made sense to them. 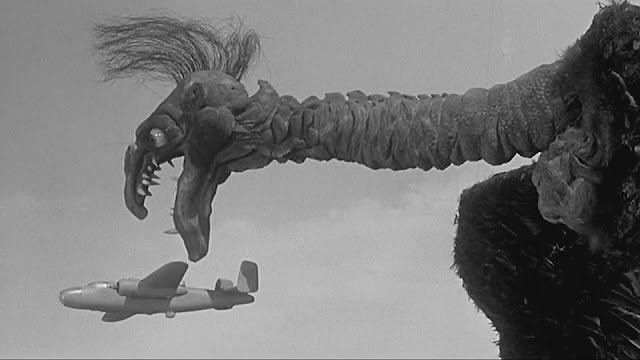 Now we come to the effects, the most famous (or rather infamous) aspect to The Giant Claw. The titular monster is hilarious! It looks like a Sesame Street character, and is bound to make you laugh every time it's onscreen. However, while it may look like a puppet, and the strings are sometimes noticeable, it's a damn good puppet! I genuinely applaud the level of effort that went into designing this. Ask anyone to make a puppet and see if it looks half as good as this. The cast do fine jobs. Jeff Morrow is a good lead, and I liked how against type he was by not being a young slim hunk. Mara Corday is gorgeous, and delivers the emotion of the part, the humour, and the technobabble well. Morris Ankrum and Robert Shayne are nice additions, and I liked how positive and chummy they were with the heroes, despite their high ranking characters. The rest of the cast do well, with nothing bad. Although the teens do verge on cheesy! 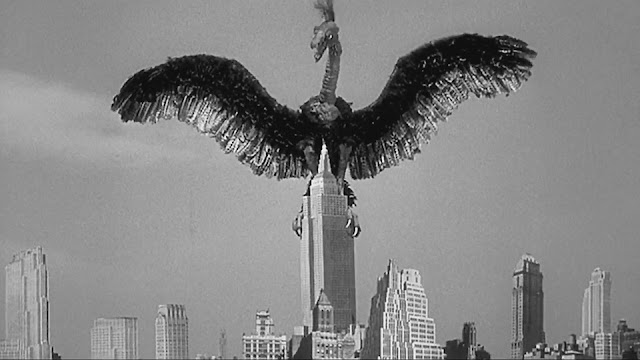 The Giant Claw is not only cheesy by today's standards, but even made people back in the 50s laugh. But despite this it's still a very enjoyable picture, and well worth a watch! It's only an hour or so, and is sure not to waste you time...
Posted by Chris at 4:42 AM