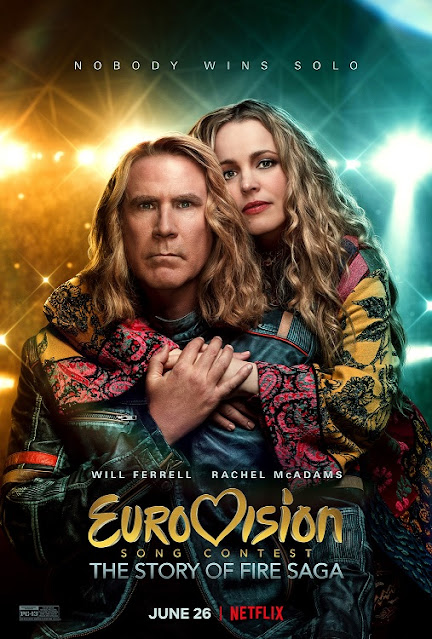 For as many years as I can remember (2009 if we're being pedantic) I've been a Eurovision fan, even if I wasn't able to watch it every year it was on. Some years have been better than others, and while there has been a growing attitude that it's not as good as it once was, you've still got plenty of classics even in recent years.
Eurovision Song Contest: The Story of Fire Saga is a movie I doubt anybody was looking forward to. How do you make a movie based on a contest? What next, a theme park ride? The project starring Will Ferrell just made the idea all the crazier. Expecting any American to like or understand Eurovision is already a tall order, but someone as goofy as Will Ferrell headlining this? Disaster, surely! That's when this movie surprised everyone though, by actually being really good!... 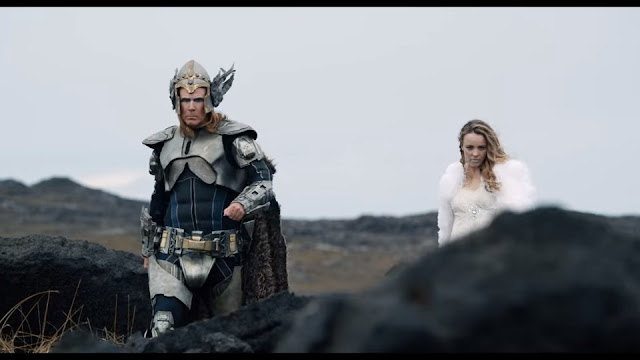 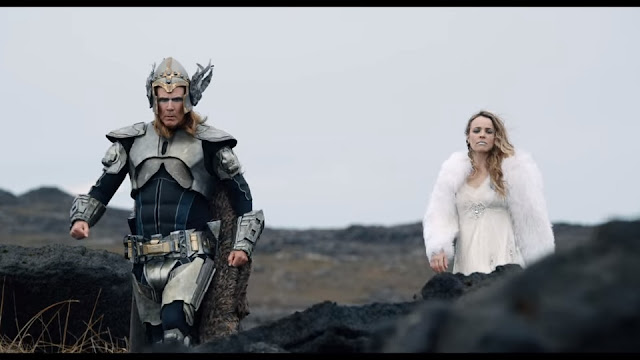 Lars Erickssong and Sigrit Ericksdottir are childhood friends, both inspired by the music of ABBA and and determined to one day compete in the Eurovision Song Contest. Their band Fire Saga is relegated to playing low-end gigs in their dull fishing village, with no relief in sigh, until by sheer luck they manage to qualify for the qualifying competition. After a freak accident results in Fire Saga being the only act available, they are the winners by default, and head off to the main contest, hoping the world is ready for them...
The Story of Fire Saga is a surprisingly enjoyable time!         And coming in a year where we didn't get an official Eurovision, due to unforeseen circumstances, it turned out to be just the treat we all needed! 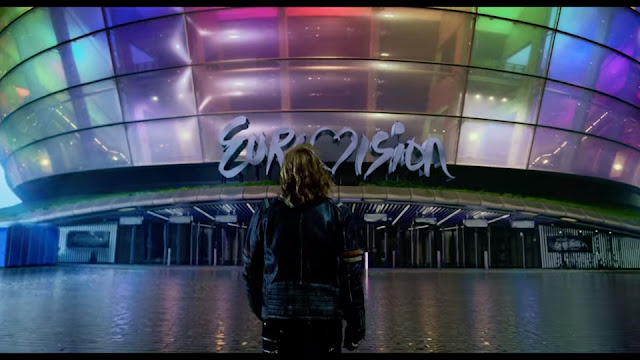 The film has a good sense of humour, with many funny moments. Though the comedy can get a bit gratuitous at times though. These moments aren't all bad, but it kinda felt out of place with the rest of the otherwise innocent movie when characters give themselves cameltoes, or graphically describe their dicks, etc.
Some of the best moments are the hilarious Icelandic-isms, the running joke at America's expense (Damn, Will Ferrell can be savage!), and of course Olaf, the 'Ja Ja Ding Dong' guy. 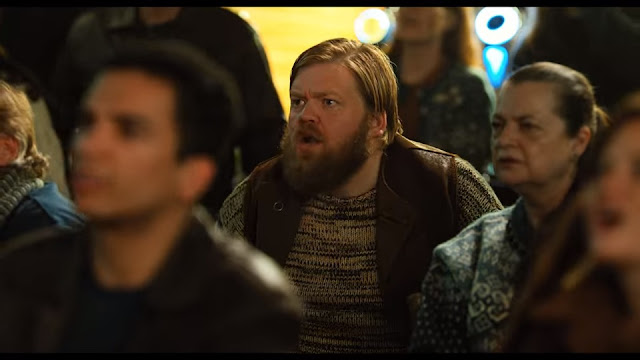 Where Fire Saga really impresses is in how off-the-wall strange it gets at times! I won't spoil how, but sufficed to say there are at least 3 different moments that'll have your jaw dropping! It's a delight, since you rarely see mainstream movies be this weird or unconventional.
The film is paced well, though a little long at 2 hours, and it almost felt like it had two climaxes. Still, it breezes right by, and never once bores you.
This is a very good looking movie, and Iceland is spectacular as always. Even in tiny boring villages you've got the most amazing sights, played to amusing effect here. 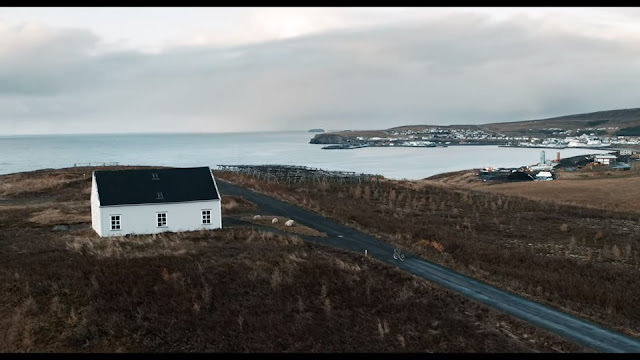 The characters   Lars and Sigrit are good protagonists, both cute and awkward, and with varying levels of goofiness. Lars believable flaws, but without ever being too much of an asshole, while Sigrit is adorable, especially in her belief of elves. 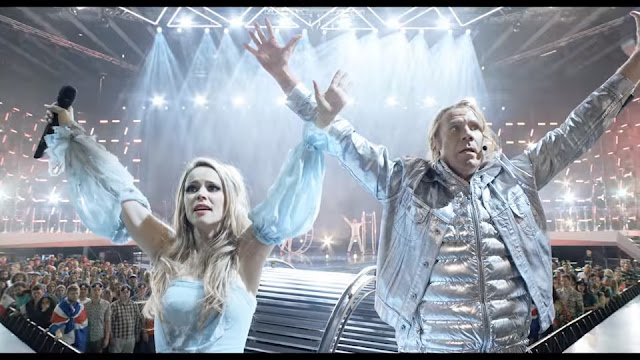 The only thing that had me scratching my head is their age! The film is clearly set in the present day, and the duo's childhood is clearly linked with ABBA's Waterloo performance in 1974...But that was damn near 50 years ago now, so how old are they?! That lines up with Will Ferrell's actual age, but if these two are actually as old as that, it would just be plain depressing, not to mention unlikely. If Sigrit has been waiting for 40 years for Lars to ask her out she'll be menopausal before the first date!
Russian contestant Alexander Lemtov is a good mix of suave and kinda creepy, not to mention obviously...errr, popular in Greece. He makes for a good foil, with many amusing moments. The Greek singer Mita is a sultry minx, and insightful too, always ending awkward moments as soon as they are created. 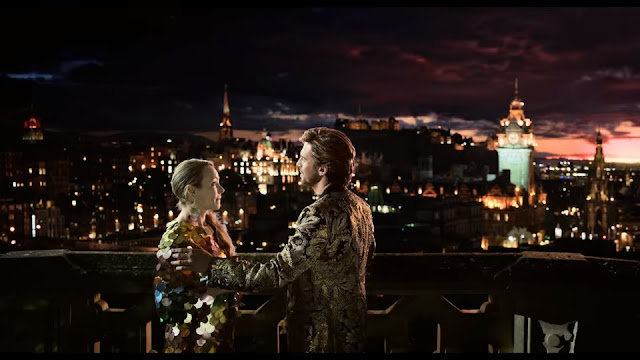 Onto some minor points. Graham Norton's presence really irritated me. Don't get me wrong, normally I like the guy, but here he's uncharacteristically mean-spirited, not to mention annoying with how much he talks over the action. Although apparently that's actually what British Eurovision hosts have historically done, just mocking everything the whole time. Sounds like they're just being assholes!
Also I found it weird just how unpopular Fire Saga are seen as, when they're actually damn good singers! The only thing they're guilty of is stage accidents, which are barely even their fault. I guess it's one of those movie things you just have to overlook. They've gotta be seen as the underdog, but have to actually be good enough to enjoy watching. 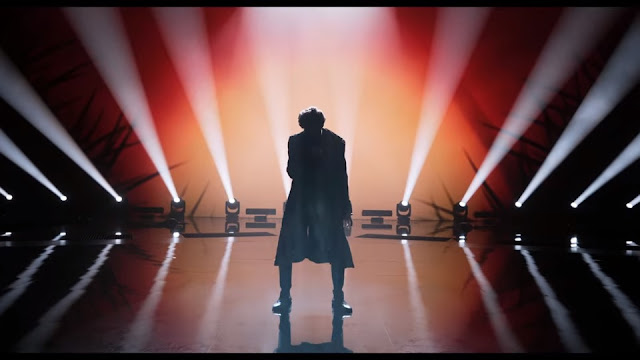 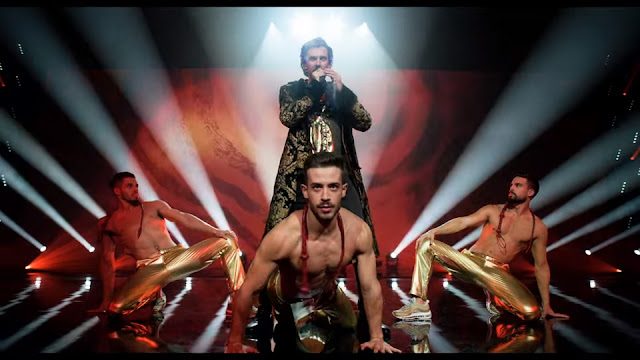 The acting is all good. Exaggerated in many ways, but always entertaining, and the accents the two leads put on are never distracting or bad. Though Pierce Brosnan's performance comes across as comically Dutch, probably not intentionally. As for the singing, it's spectacular! Being a movie, there's a bit of behind-the-scenes magic going on. None of the actors here are actually providing their voices for their songs, with the exception of Will Ferrell (who I'm seriously impressed by!), and McAdam's vocals being mixed with Molly Sanden's, the predominate voice.
The music is the best element to Fire Saga by far! Each of the songs feels like a spectacle, and it's a shame we only get such short snippets of each! I bet you if they released a soundtrack of this movie it'd do gangbusters. Many of the tunes are reminiscent of past Eurovision acts or trends, and are often dead on! They're neat tunes too (minus hip hop, which I rarely like). The showstopping performance is My Hometown at the end. 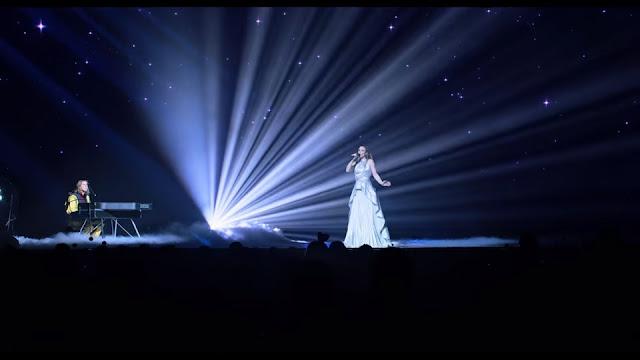 Outside of these tracks there's still a great soundtrack, from neat or effective licensed material, to the score, which has some really good tunes on it. And last but not least is the comedy song Ja Ja Ding Dong, which is a hoot.
The film's overall portrayal of Eurovision is really good, too. Respectful, accurate, funny, and more. 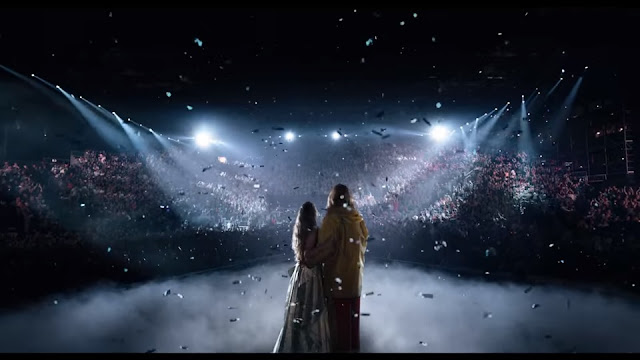 Eurovision Song Contest: The Story of Fire Saga is a great time to be had, for music lovers and general film fans alike. Considering I am usually a grumpy young man about the state of modern movies, it's always good when something is able to pleasantly surprise me like this...