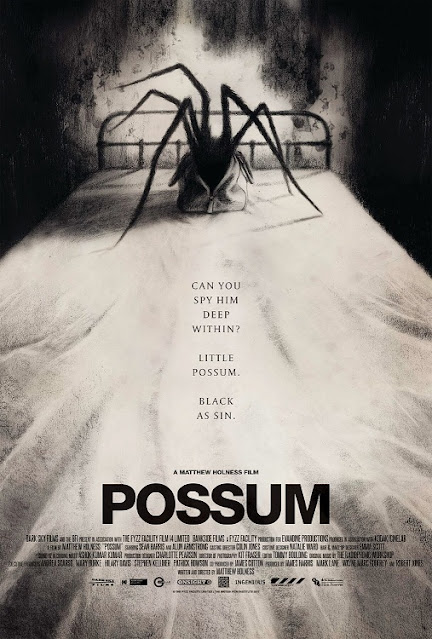 Philip Connell is a mentally unstable puppeteer, coming back to his hometown. At the same time a teenage boy has been kidnapped, and Philip begins to worry, thinking he may have blacked out and committed the deed himself. Things aren't helped by his abusive uncle, who's constantly putting him down and rubbing his failures in his face. But the biggest fear in Philip's life is the spider-like puppet Possum, that defies his attempts to destroy it and keeps coming back to stalk him, coming closer and closer... 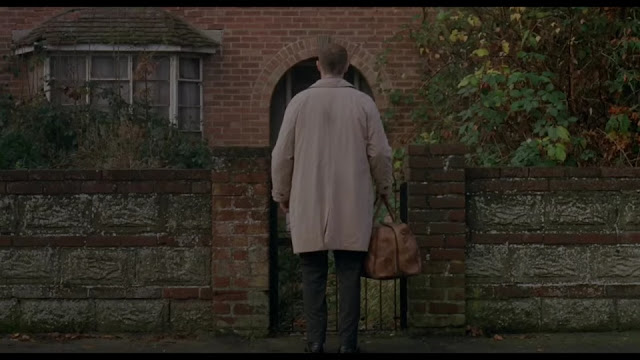 Possum is an offbeat horror film coming to us from an unexpected source-Matthew Holness, creator of Garth Marenghi's Darkplace! Unlike that series, a hilarious parody, Posssum is a very serious affair. Creepy, low-key, and somewhat artistic, it highlights why Darkplace was so good. Because it was made by someone who can genuinely make what he's parodying.
This is definitely a horror film designed to make you think, rather than provide endless action or manufactured jump scares. It succeeds admirably, delivering a tone and atmosphere that can get under your skin. I do wish the film had more variety in its events though. While I was personally never bored, I was irked by just how many times we see Philip doing the same thing again and again.
Possum is heavy with ambiguity. Is Philip a good guy, or is he responsible for this boy's disappearance? Many in this town think the latter, and his mannerisms and behavour do nothing to dissuade us from thinking the same. Whether this makes for a good lead, regardless of what the answer ends up being, could depend on the viewer. It worked for me, mostly. 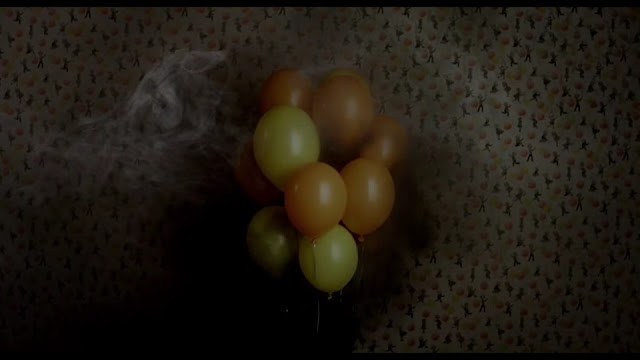 The film contains some pretty heavy themes of abuse and trauma. There's a dark backstory that gradually reveals itself, informing the plot and characters well. The film doesn't explore it much, which is a good decision. It's enough of a presence that you know it's there, without being beaten over the head. The puppet can be seen as a metaphor, with a few different ways to interpret it. It could be the a representation of Philip's lingering trauma, and it could either represent the horror that abused him, or his own inner self, warped by his childhood experiences.
The Possum puppet looks great, both in design, and in how ratty and haggard it's become. I'm not sure if it does enough though. It's supposed to be oh so creepy,  and it certainly nails this visually, but it's hard for something to be scary when it never actually does anything. 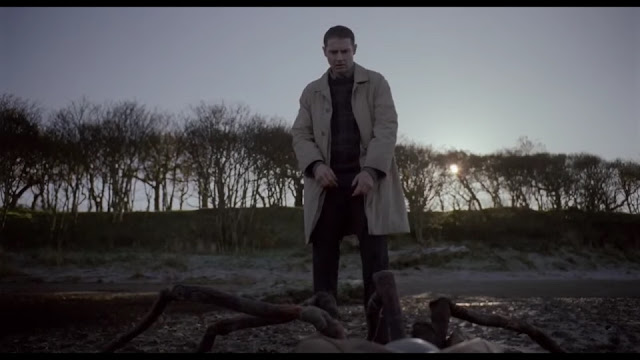 The pacing in Possum is slow, effectively so at first, but during the second half it began to halt. It honestly felt like it was taking the piss at times. My overall feeling with Possum the way it's presented is that it would've been a fantastic short film of 40 minutes, that got stretched to 80. That is one thing to be thankful for though. As prolonged as the film does feel, at least it's still relatively short.
The film picks up suddenly in the ending, which packs quite a punch, and feels like a natural place the film was building too. While not what you'd class as a 'happy' ending, it's not a downer, and has some well-deserved catharsis, both for the protagonist and for the audience. My only complaint is the ending itself is a little abrupt. I'd say we didn't need anything more storywise to happen, since it's all pretty well wrapped up, but I guess it would've been nice for just a little more to end on that just a random shot. 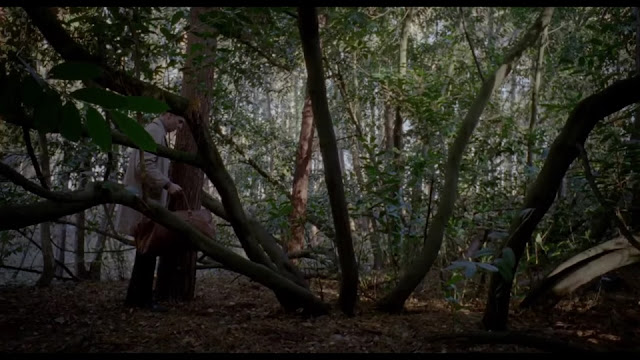 Philip is an interesting lead character, with enough of an air of uneasiness and mystery to him that you do wonder if he could be guilty or crazy. I do wish we knew why he's apparently a disgraced puppeteer though. What'd he do? Swear to the kiddies? Have a temper tantrum and destroy a puppet onstage? Expose himself to the audience? It felt like something we probably should've been privvy too, lest we think the worst of out hero before anything's even happened. I also wasn't fond of a seemingly contradictory moment. Near the end he goes to the school to see an old teacher, to help take him to the police station, but when he hears the staff calling the cops over, he just ups and leaves, making the entire scene pointless.
His uncle Maurice is a great villain. He has a low-key malevolence to him, and is a grubby bully. Looking as nasty as he acts, he won't win any family awards any time soon. Where he really takes the forefront is in the climax, which is hardly a shock considering he's only one of two named main characters, but effective nonetheless. 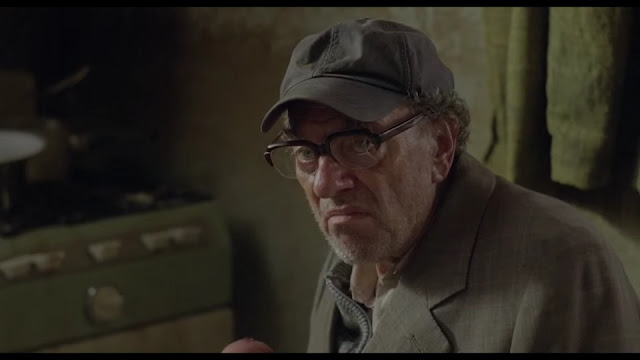 The film's soundtrack was composed for free by the BBC's Radiophonic Workshop (responsible for Doctor Who's iconic theme, among others). It's really good, giving the movie an ominous feel as scenes are punctuated with an unearthly music. It sometimes has that creepy 1970s educational film feel to it, which works great when combined with the visuals of a decayed British town. I feel the score sometimes does a bit too much heavy lifting though. There are many scenes where we only know it's scary because of a sudden sting.
Matthew Holness has a great eye for visuals, both cramped and small, and wide open. The locations are perfectly chosen, especially a certain tree, and the tense scenes with the puppet are photographed very well. 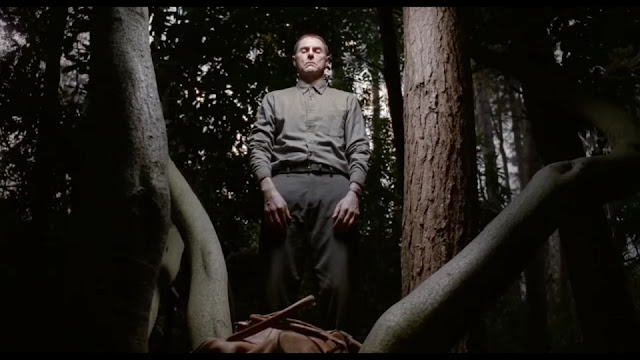 The acting is great. Alun Armstrong delivers a surprisingly grimy performance, and is very effective. Lead Sean Harris was familiar to me at first, but I couldn't place from where. Then it hit me. He's the drug dealer from Harry Brown! I was really excited to see a lead role from this guy, because he was phenomenal in that movie. How does he fare carrying a movie himself? He does really well in some ways, but not others. He is a very intense actor, and you can see how visibly tensed up he is in all scenes. He also brings a boyish sense of confusion that really works. What doesn't work about his performance though is that this kind of intensity is best in small doses. In large amounts it gets to be a bit much, and at times verges on comical. 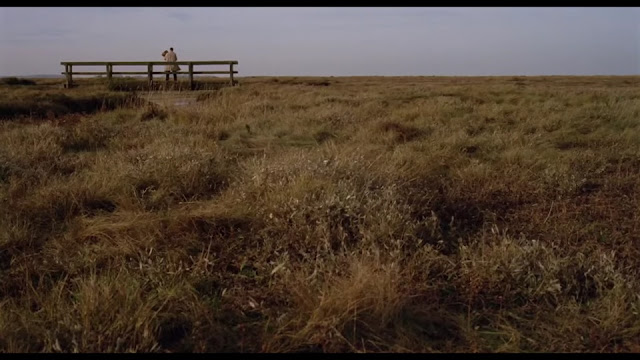 Possum is a mixed film, with just as much to criticise as it has to praise. It's worth watching if it sounds up your alley, but just know that it might be a little slow, and the fast-forward button will come in handy. So what does the future hold for Matthew Holness's films? We will see. As for what I hope, it'd be cool if he made a quirky film in a similar vein of Darkplace, but if he was to do that, I think it would be better to wait a little, and build up a consistent library before diving back into familiar territory. Either way I'm excited to see what he does next!...
Posted by Chris at 8:14 AM