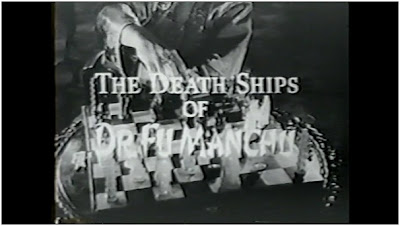 The Death Ships of Fu Manchu-or The Death Shops of Fu Manchu as it's misspelt on the DVD-R's menu! This episode centres on 'the Devil Doctor's' evil scheme to conglomerate the world's shopping malls!...
...Really to sell stolen deadly germ cultures to the highest bidder. 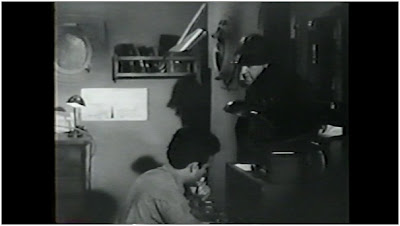 The episode opens on a boat, The Carfax, sinking off the coast of Hong Kong. The radiomen manage to get help in from the coastguard. The ship's captain, Captain Warren (Hugh Sanders) can't get away immediately, as he has a package that he has to secure. We cut abruptly to Fu Manchu's base, where he laments the loss of the ship to Karamaneh and Kolb, as he had invaluable cargo onboard. 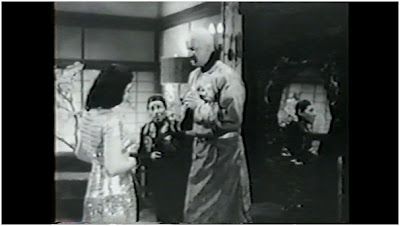 Nayland Smith, Dr. Petrie, and Betty are also in Hong Kong, and they have been investigating The Carfax, as they suspect it contained deadly germs that were stolen from a California research lab. Petrie waxes on about the trouble that would happen if 'the Red Eastern powers' got their hands on the germs-being able to tell where the germ cultures came from, they could accuse America of illegal germ warfare (with the help of 'brainwashed US Citizens'). They leave to investigate the Carfax's crew (all of whom survived the wreck). 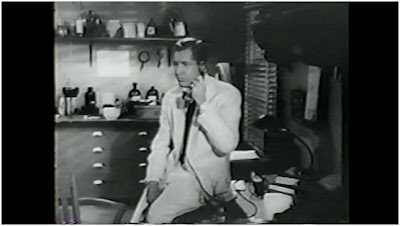 Meanwhile, Fu Manchu has his hands on the germ cultures, thanks to his henchman, Carston (Peter Mamakos), who had given the package containing the cultures to Captain Warren, for urgent safe-keeping, and Warren, not knowing what the box contained, took it with him from the wreck onto a lifeboat, and instead of taking the package through customs, Warren took a brief detour and gave them straight to Carston. Fu tells Carston to get Warren again, but Carston tells Fu that Warren only sails as far as Hong Kong, because he doesn't want to get caught up in criminal 'Oriental trades'. 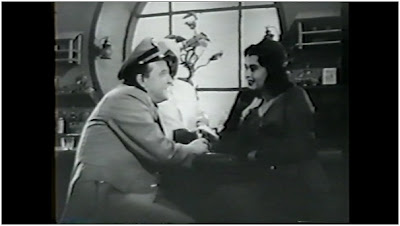 Fu sends Karamaneh to The Blue Dragon Cafe, a local haunt of Captain Warren, to find him and bring him to Fu. Karamaneh finds Warren at the bar and she tells him that a friend of hers and Carston's, a very rich man, is interested in hiring Warren to make shipments. He agrees, and doesn't change his mind when Karamaneh tells him that his new employer is Chinese and one that's escaped enemies from behind the Bamboo Curtain, hence he should remain secretive about the business. She takes Warren blindfolded to Fu's secret base, where he finds out that this will be an Oriental trade. Warren declines, but Fu blackmails him into taking the job. 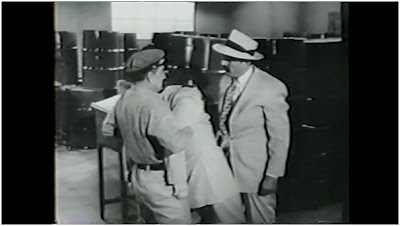 After seeing Karamaneh and Kolb inject the germ cultures into melons (where they can incubate), we cut to Smith and Petrie investigating Carston's boat, who stop it from sailing until they've finished inspecting. They break open a few cases and take some of the cargo back to a lab for further investigation. Meanwhile, Carston instucts Warren to guard the melons while the ship is stuck in the harbour. Unbeknownst to Carston, Warren, having guessed at what's inside the melons, removes them from the ship. Carston realizes this the next morning and has Warren taken away for interrogation. 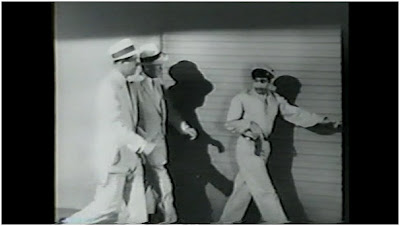 Meanwhile, cuteness abounds when Fu sends Kolb out to find Smith and Petrie, and he's decked out in an adorable little business suit! Kolb goes to the Blue Dragon to find out where the two are staying, while Smith an Petrie look at the warehouse outside the ship and notice the melons missing. They realize that the germ cultures could be hidden inside them, so they go to find Carston-at the Blue Dragon. 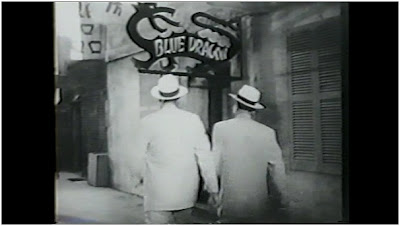 After some static/rainbow interference to the film print, Smith notices Kolb in the bar, and he tells the bartender that if he sees Carston, tell him that his missing cargo has been found. Hearing this, Kolb leaves the bar, and is unknowingly followed by Smith and Petrie.

Will Nayland Smith and Dr. Pietrie prevail?
Will the evil Reds get their hands on the deadly apocalyptic germs?
Will the episode end more abruptly than Franz Kafka's The Tower? 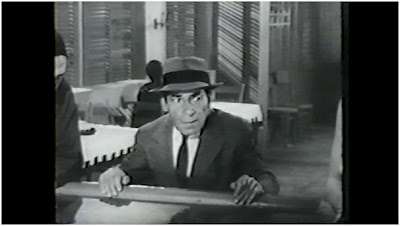 This episode is entertaining, as usual. It's has silly moments and it's full of action, as well as a cool plot. The acting ranges from good to decent, and Kolb and Betty have more screentime than in Satellites-it's still not too long they're in the episode for though.

The ending is also cool! I won't spoil it, I'll just say that it involves Fu Manchu, an infected henchman, and fire!
Posted by Chris Hewson at 7:45 AM