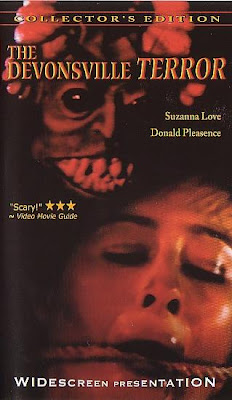 Ulli Lommel. He's a cenobitically bad filmmaker, who has burned many people, namely Mr. Gable during Halloween last year. But his films haven't always been bad, he has made a few mediocre to good films in the distant past. For those who have ever picked up DVD's of Lommel's films and seen the always present recommendation 'From the director of The Boogeyman', know that The Boogeyman is pretty mediocre, but it's still one of his better films (but in no way worthy of the constant mentions it gets on the DVD's).

Before I get onto 1983's The Devonsville Terror, I have something to say about another Lommel film, Zombie Nation, that I reviewed last year. There were a few things that I forgot to talk about in that review-1: The acting. It was pretty mediocre/bad; and 2: Main actor Gunther Ziegler is awesome! He's entertaining, he has screen presence and he makes for a cool villain, even if Ziegler probably had to read his English off of cue cards before filming.

The Devonsville Terror starts off in 1683, with a woman being kidnapped by the townsfolk of Devonsville (if she was really a witch, you'd think she'd do something like use magic to try and escape, don't you think, you dumb townsfolk bastards?) and being convicted of witchcraft. She is then set upon by pigs...yeah, pigs...(they can eat people!? pigs!?). After the opening credits (and an awesome theme) the townfolk take in two other women. They tie one to a wheel, and after reading her her 'crimes', the sadistic mayor sets the wheel alight and sends it rolling. Then they burn the third woman at the stake. When all three women are dead, a thunderstorm starts, the last woman's body vanishes, and her burned face is seen in the sky... 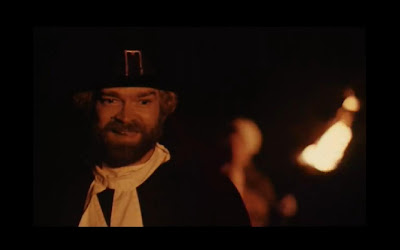 After an entry of 'Dr. Warley's journal', we cut to 300 years later. After a church service, the pastor (Wally Flaherty) and a group of friends have dinner, and one mentions that it's November the 3rd, the anniversary to the day when the three 'witches' were killed. After the dinner, Matthew (Robert Walker Jr.) and Walter (Paul Willson) are walking in the night and talk about the curse, which Matthew believes in, but Walter doesn't. Soon after, Walter is home, and his wife Sara-Louise (Joanna Andruss) is ill and bedridden, moaning for help...and Walter is busy doing accounting, telling his wife to wait! Walter then proves himself to be not only a massive dickhead, but also a psycho when he suffocates his wife with her pillow. Then he goes into his bathroom, and weird stuff starts happening. 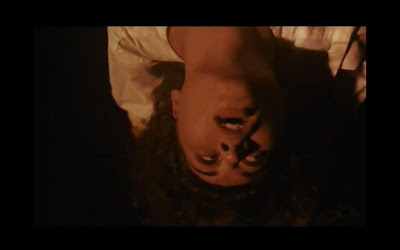 The next day, a woman, Jenny (Suzanna Love) arrives near Devonsville, and is given a lift by Ralph (Michael Accardo) into the town. She explains that she's taken up a teaching position in the town. Then we cut to Walter at Dr Warley's (Donald Pleasence) office, asking for his wife's death certificate, so no-one can see it and find out that Sara-Louise died of suffocation. While Warley suspects Walter of the murder, he says that he put Sara-Louise's suffocation down to pneumonia. 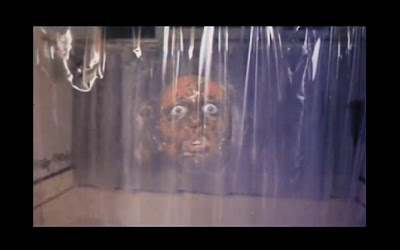 After Sara_Louise's funeral, Jenny goes to the local general store (run by Walter) and meets Matthew (Robert Walker Jr.) another friendly townsperson. Later, Matthew goes to visit Dr. Warley, giving him a relic from the 1683 inquisition, which he found in his attic. Warley then shows Matthew a chest full of diaries and other stuff, which Warley found walled in his basement, which talk about the Devonsville curse, and how his ancestor was the executioner of the inquisition, and he, along with his descendants, suffered a gruesome death from a strange disease.

Nex, Walter's in his store, and he sees an apparition of a naked Jenny. After that, Monica (Deanna Haas), a new DJ from a nearby radio station is talking with women-some from Devonsville-who have troubles with their homelives, thanks to their controlling husbands. Monica leaves the station, and is accosted by Ralph, who threatens her. 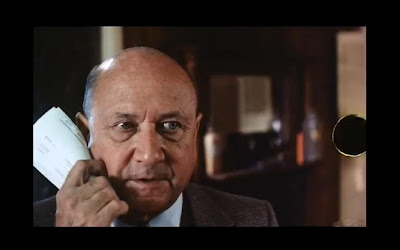 Next, Angel (Angelica Rebane) one of Jenny's students comes home, and her trailer-trash sonuvabitch father Aaron (Bill Dexter) is angry at her and her teacher because Jenny answered a question on whether or not God is a man or a woman with an answer that the mysoginistic Aaron disagrees with (even though Jenny only said that the ancient Babylonians thought of God as a woman). 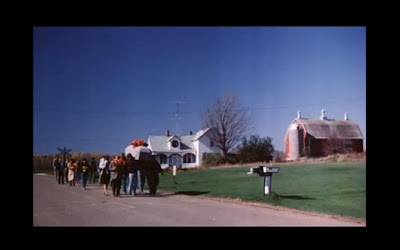 Meanwhile, Ralph is at Dr. Warley's office for an examination, and Warley hypnotizes him and makes him talk about a past life. After that, Aaron helps a woman, Chris (Mary Walden), an environmentalist (something that pisses off the close-minded townsfolk) also new to the town, with a fusebox, and he acts creepily. Then, Jenny goes into the general store, and Walter says how he wants to be with her, and Jenny leaves. Later that night, Walter has a dream where he's with Jenny by a swampy lake, talking about stuff, then he gets stuck in a swampy water and starts sinking, and dream-Jenny tells him that this is revenge for Sara-Louise's murder, and Walter yells that she's a witch before sinking completely. 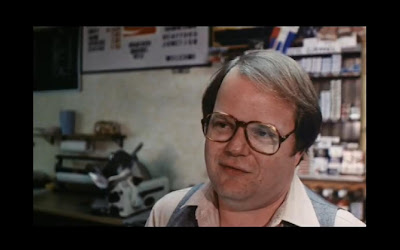 The next day, Matthew tells Jenny that she should leave, as the town council don't like her, Chris and Monica, and that they think the three are the reincarnations of the 1683 witches. It's here where Matthew starts to act a bit creepy as well, saying that he believes the same as the council, and that he 'loves witches'. Later that night, Jenny has a nightmare, which features several hilarious demon puppets...I mean monsters!

Next, Jenny goes to see Dr. Warley, who talks with her and does another past-life regression, learning that Jennny is a 'messenger of the unknown'. When Jenny leaves, Walter and Ralph-now in cahoots, both thinking she's a witch-spy on her. Later they talk with Aaron and the pastor, and they all decide to re-enact what their ancestors did 300 years before... 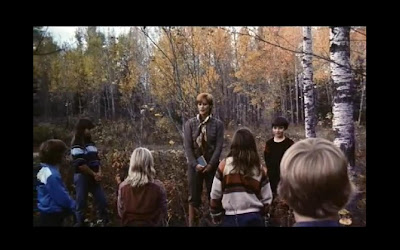 The Devonsville Terror is one cool movie! It has a small and simple plot, which isn't too much of a problem, given the film is only 80 minutes long. The plot is interesting, and the characters are fun, from the creepy rapist (well, he acts like one) Ralph, to the mysoginistic Aaron, and the murderous and paranoid Walter. Dr. Warley is a cool character, but he isn't really developed much, due to his lack of screen time. He's only in about ten/fifteen minutes of the movie, and he's good in those scenes, but he really needed to be in the film more. Jenny doesn't get much characterisation at all, she just exists

The movie is well-directed, and the effects are mostly good. The opening executions are well-shot (although the wagon-wheel death doesn't look very convincing-it just looks like there's a bunch of pillows or something in a dress attached to the wheel as it rolls!) and the ending has some great effects! Think the ending of Raiders of the Lost Ark! 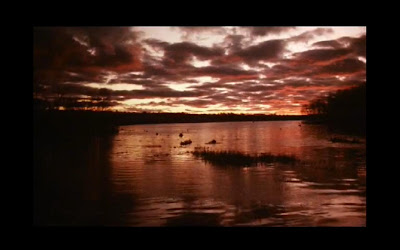 So in closing, The Devonsville Terror is well worth a watch...but don't even go near any of Ulli Lommel's filmography from the last ten or so years or your head might melt!...
Posted by Chris Hewson at 3:56 AM