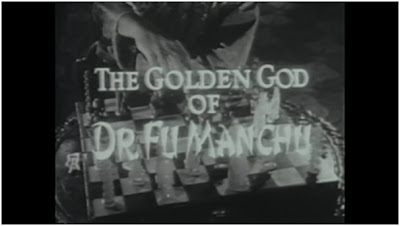 The Assassins of Fu Manchu only had one assassin, Death Ships only had a single ship, and naturally, The Golden God of Fu Manchu has nothing to do with either a god or a golden idol. The episode centres on Fu's gold smuggling operation, and his efforts to silence a witness... 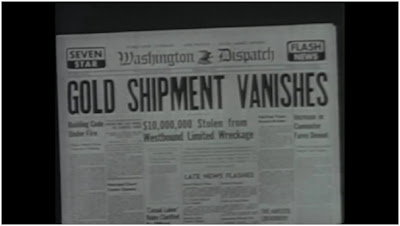 The episode opens with two trains colliding, followed by a newspaper montage showing that a gold shipment has been stolen. Dr Petrie starts narrating, talking about how Macao is the hotspot for smuggling large amounts of gold, and that in an effort to get this stolen shipment back, he, Nayland Smith, and Betty have contacted Lum Sen (Keye Luke), from internal affairs, who tells the trio that Fu Manchu is behind the gold smuggling, and that he's got a man, Viscenti investigating a Captain Morgan, who is heavily involved with the smuggling. 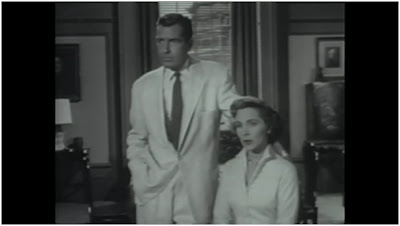 Smith asks Sen why he was called onto the case, and Sen says it's because "No-one else better knows Fu Manchu, his mind, and his ambitions!"-Uh-huh, Fu Manchu has ambitions? Like hell he does! He does completely different things each episode, from smuggling gold to stealing viruses to resurrecting Hitler! 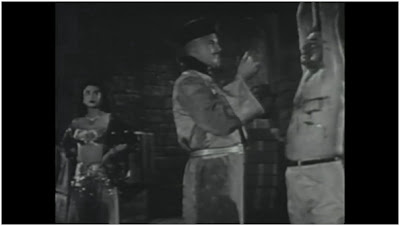 Meanwhile, Fu Manchu has captured Viscenti, and has tortured him (offscreen of course, this is the 50's after all, though the scene is very bloody for something during the Hay's Code era). Fu says an evil speech to Viscenti before branding his mark on him. Next we cut to Smith, Petrie and Sen finding Viscenti's body in a shack. Also in the room is a catatonic woman (Jean Willes). 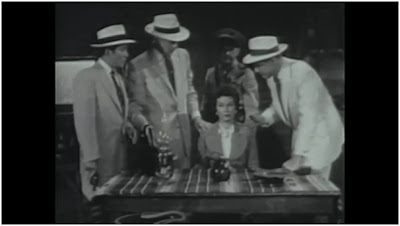 Next, Fu tells Captain Morgan (Rick Vallin) that Dr. Petrie has arrived in Macao ("So that's it. The way you sent the giant [Kolb] after me, I thought something was really wrong"). Fu tells Morgan of the potential witness the police now have against him, and he instructs Morgan to kill her. Morgan is reluctant at first, but follows orders when Fu threatens to brutally murder him. Morgan goes to the hospital and is about to stab the woman when he sees her face-he recognizes her!... 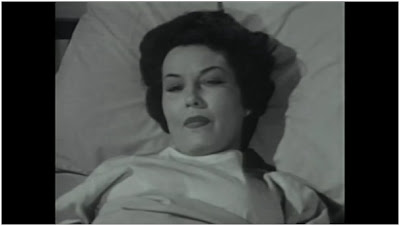 The woman (who, despite being a catatonia patient, is wearing lipstick!) awakes from her catatonia shrieking and Morgan flees. The scene cuts to the woman-Ann-talking to Smith and Petrie, explaining how her husband, Captain Morgan, was in the navy, and committed suicide. But she didn't believe he was dead, because "Phillip wasn't the type to commit suicide". Great reasoning, lady, you've got me convinced! She says she investigated more into the matter, and found out that the letter she got from the navy telling her of the suicide was a fake, and that Morgan was really court-martialed and thrown in jail. 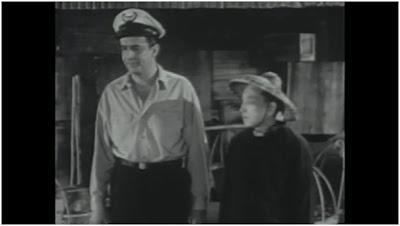 She continues explaining about how she found shipmates and friends of Morgan, which eventually led to the shack with Viscenti's body. Smith tells her that Morgan was tried for black-marketing.

Next, Morgan explains to Fu that 'the woman' was too heavily guarded for him to reach. Fu tells him to try again, and that failure a second time will be fatal. Morgan leaves and goes to a harbour, where he tells a midg...little person to ready the ship, so he can leave that night. The vertically challenged guy is treacherous though, and goes to Fu Manchu to tell him about Morgan's intentions. 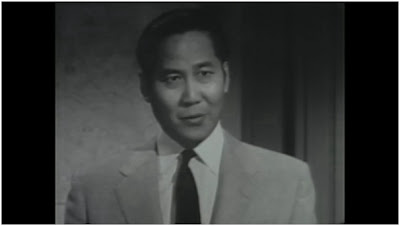 Morgan sneaks into the hospital and into Ann's room. As a ploy by Smith and Petrie, she pretends to be pleased to see him, claiming that she kept her mouth shut to the police, pretending she couldn't talk. They both escape from the hospital, but Fu Manchu is on their trail...


Will Nayland Smith and Dr. Petrie smash Fu Manchu's gold smuggling operation?
Will Fu Manchu escape justice and be swallowed up into the teeming millions that make up Red China?
Will Keye Luke actually get more than two minutes of proper screentime in this?

The Golden God of Fu Manchu  is a fun as usual episode. It has a good plot, decent acting, and, if anything else, it has cool scenery stock footage! 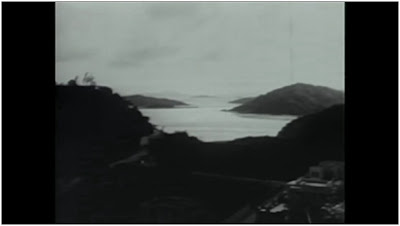 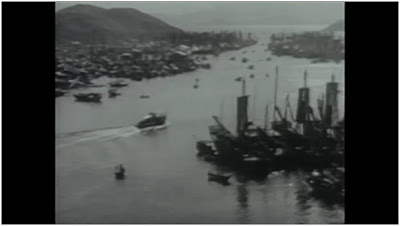