May Monster Madness Has Come to an End

May Monster Madness has come to a close. WOW, I've had a busy week! Twelve reviews in seven days-I'm surprised I haven't died yet! Well I've certainly had lots of fun, seen lots of films, from wacky to terrible, to completely unwatchable (but I still soldiered through them). I only reviewed twelve films though, not thirteen as I'd hoped. That's because I didn't review Prince of Darkness. As for why I didn't, I only first saw it pretty recently, so I didn't want to watch it again so soon. But hey, it's probably lucky that I didn't review thirteen films-if Night of Horror was review No. 13, the gates to hell probably would have swung open, and Ry'lieh would have risen from the squamous (no, I don't know what that means either) depths! haha!
I have to thank Annie Walls for starting this awesome blogfest. And kudos to everyone else who participated. This was an awesome seven days! 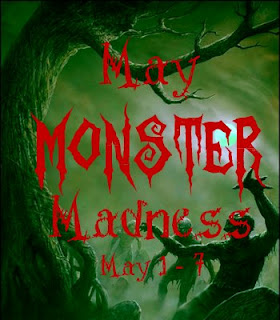