[May Monster Madness]-Nightmare at the End of the Hall (2009) 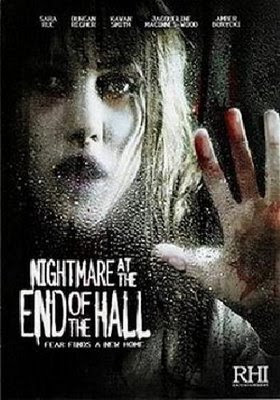 I bought Nightmare at the End of the Hall expecting a bad movie-what else could you think when the DVD case compares the movie to The Changeling and The Haunting-but luckily I couldn't have been more wrong!

NatEotH is a ghost story,  about a teacher at a school haunted by the ghost of her best friend (or is she?)...

The movie opens at Douglas Academy in 1992, a few days from graduation for senior year.Student Courtney Snow (Amber Borycki) is approached by teacher Ian Ramsey (Duncan Regehr), who asks her if she's seen her friend Jane (Jacqueline MacInnes Wood) anywhere. Courtney hasn't, and after a few hours, a full-on search is sent out, until Jane is found in a storage room at the end of a hall, apparently having hung herself.

Seventeen years later, Courtney (Sara Rue), now a semi-succesful writer, thanks to a fictionalized sort of-memoir she wrote about Douglas Academy, is at Douglas for a school reunion. She meets one of the teachers, who offers Courtney a job as an English teacher. Courtney declines the offer until she sees the pay she'll get. 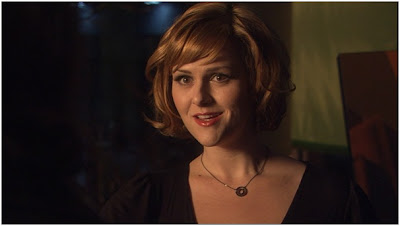 After meeting up with Ramsey again, she accepts the teaching position. Later the next day, she goes around town and meets Brett Ramsey (Kavan Smith), Jane's boyfriend, now town mechanic. After talking with him, she goes to the school and finds out that her room's been placed in the same building that Jane comitted suicide in. She tries to move, but can't as there's nowhere else she can move to. A little later, she also finds out that the storage room where Jane died has recently been renovated and turned into a room. 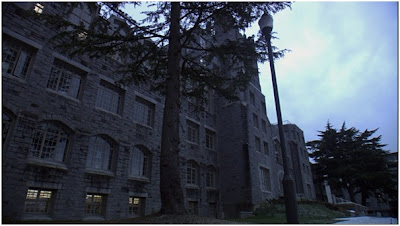 She goes over to the room, opens it and sees a doppelganger of Jane!COMMERCIALBREAK...Yeah, this is a TV movie, so every 15/20 minutes it's interrupted by a fade-to-black commercial break (minus the commercials, of course). The doppelganger is Laurel (also Jacqueline MacInnes Wood), a recently new student. Courtney introduces herself (and tells Laurel that she looks like someone she used to know), and then leaves. 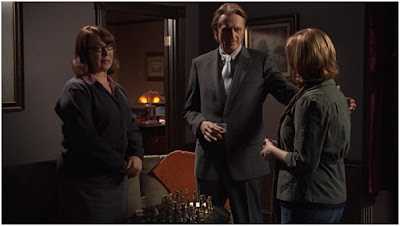 The next few weeks go fine for Courtney-her English class is going great, and she stops taking anti-anxiety pills. One night, things get stressful though. Laurel goes missing, and Courtney goes out to look for her and finds Laurel on a park bench. When Courtney tries to help Laurel, she suddenly starts talking in a distorted demon voice (apparently something to do with Jane, not that I would know, given how hard the distorted dialogue is to understand!). 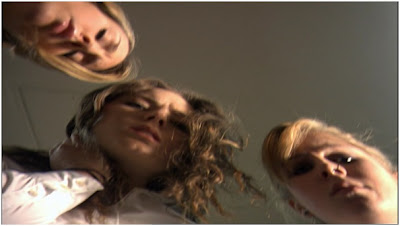 A few days (or weeks, it's unclear), the school is having a bonfire party. Courtney and Brett talk, and when he tries to kiss her, she walks off. She then sees 'Laurel' in the crowd and follows her, eventually leading Courtney into an empty bathroom. Courtney can't find anyone, then she suddenly has a vision of a ghostly Jane before blacking out. She wakes up in hospital, concussed, to an asshole doctor, (Doctor: "At the bonfire, you said you'd consumed alcohol"-Courtney: "I had A beer"-Doctor "Now you have A concussion") who tells her that she probably collapsed because of her quitting her anti-anxiety pills cold turkey.

Courtney goes back to the school and to Laurel's room, and finds out that she was never at the bonfire party...(commercial break fade). Later, Courtney talks with a teacher-who's writing a book on the supernatural-about ghosts, specifically any at Doulgas Academy. He tells her some stuff, but nothing really important. While Courtney's flashbacks (peppered all throughout the movie) tell the audience more about her and Jane's past, Courtney tries to find out why she is seeing the ghost of her dead best friend... 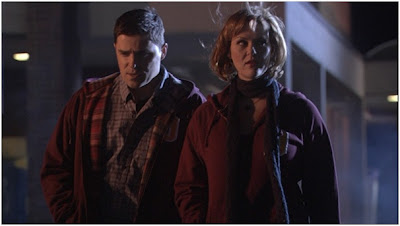 Nightmare at the End of the Hall is a cool, well-made film. It isn't an outright horror movie, but more of a ghost story, and a slow-burner. While the movie is lacking in scares, the story is interesting, especially towards the end, and makes up for it (the ghost plot nearly comes second behind the main plotline). 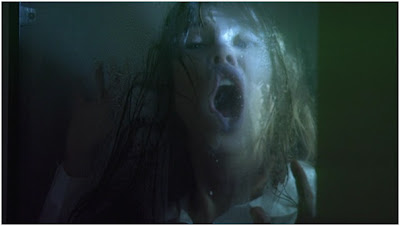 The acting is all good-nothing special, but all good.One actor in particular is very good once his/her true motives are revealed 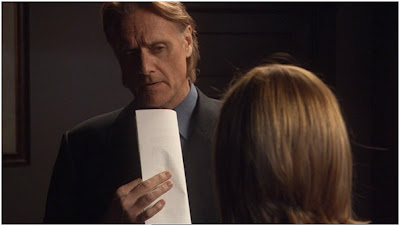 The film has some negatives though. One isn't overly negative, just an annoyance-the movie's title card isn't anything speacial, or theatric, or anything, it's just blank white words, small as hell and right at the bottom of the screen. The film's on big problem is a plot point-A certain character does something stupid that he/she only did it because the script said so. The killer of Jane took her diary, as it was the only evidence incrimination him/her, but he/she kept it for 17 years, just so [spoilers] could find it and realize the truth. 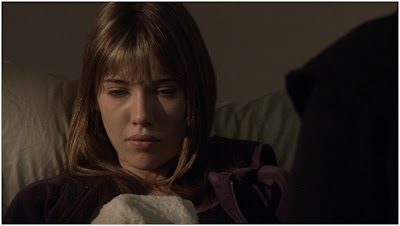 It isn't very scary, and there's not much ghost action, but I still recommend Nightmare at the End of the Hall. It may not be as good as The Changeling or The Haunting, but it's still worth a watch.
Posted by Chris Hewson at 12:53 AM