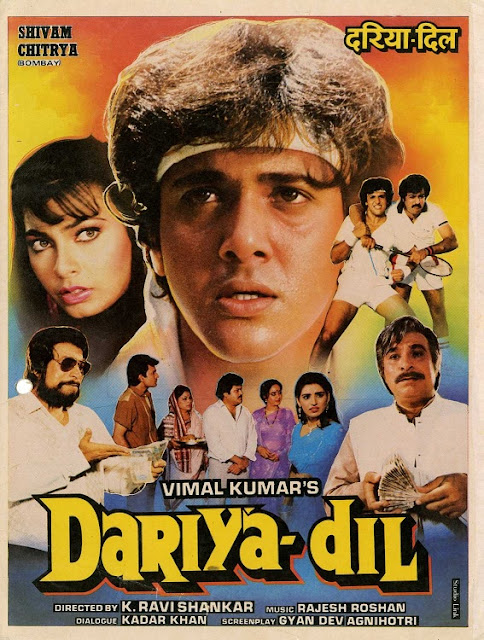 The Dhaniram family is in turmoil. The patriarch comes off as stern and miserly, but shows himself to be wise and humble, which he feels has led to his success as a businessmen. His three sons have grown up, and while Ravi the youngest is satisfied and respectful, the other two are greedy, resentful of their menial jobs, and spurning any attempts to educate them. They want the family wealth, and are suckered into a scheme by a vengeful criminal to take it all for themselves... 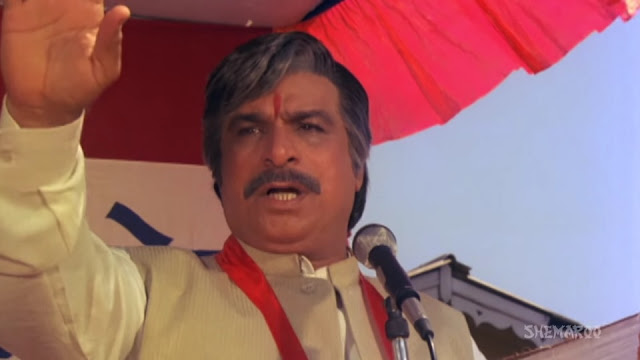 Dariya Dill is a quintessential Bollywood film. It has everything: Family drama, pride, envy, romance, sinister plotters, and lots of music! It's a great entry to check out if you're curious about dipping your toes into the genre, and are finding the selection all a bit daunting.
The story is a simple one in essence, with quite a few different threads and sections, but all boiling down to the one thing. Meaning it never gets too confusing to understand. The movies does tend to get very melodramatic at times. Successfully so, since the material is strong enough to carry the movie beyond any goofy drama, but it does all threaten to be a downer here and there. Whenever things do get particularly depressing though, there's usually something to bring some levity, or improve the situation before too long. 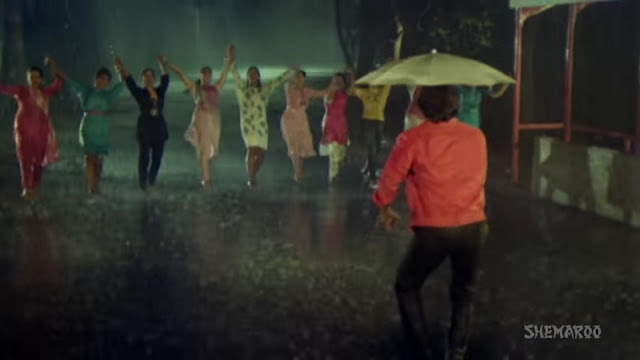 This is a very good looking movie. Everything from the family meetings, to the fight scenes, romantic moments, and the musical numbers are all shot well. The palate of the movie is great too, with colours that really bounce out, and lighting that accentuates everything.
The characters in any movie that focuses so heavily on a single family had better be good, especially f we're spending nearly 3 hours with them. Thankfully Dariya Dil delivers. We get good lessons and examples of how rich and privileged people should act.
The film is quite black and white, but none of the other siblings are presented as all good or all bad by the end. The only one who is is Ravi, who is at all times an exemplary  human being. I wondered at first if this would get annoying, but I felt it was handled well. With all the negative characters abounding, it's good to see one who's already got it all worked out, a good role model for the other characters, and the viewers at home. 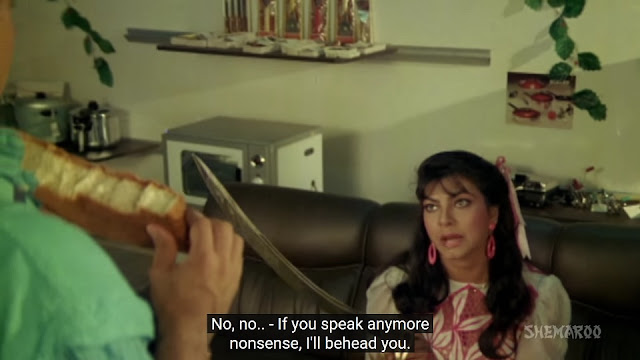 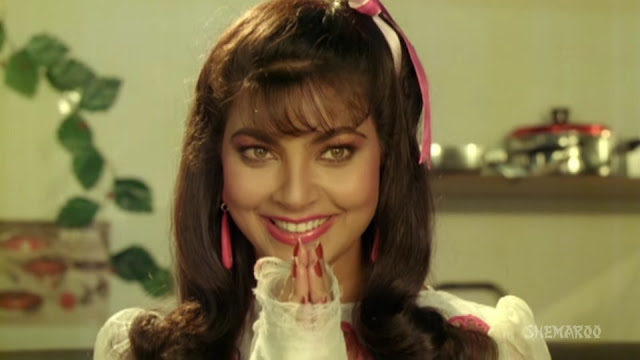 The romance between Ravi and Radha is your typical story of two enemies falling for each-other after sparring for the first act. A lot of people complain about such romances in media, and to a point I agree, but in many cases romances are portrayed like this because it's more interesting. Seeing these people who don't like each-other overcoming that adversity and ending up together can be more engaging than a couple who just instantly love each-other straight from the get-go. As for Dariya Dil, it portrays it very well, to the point where I wish it was in more of the movie. The shift from hate to love does happen very quickly due to the limited screentime, but it's still believable. 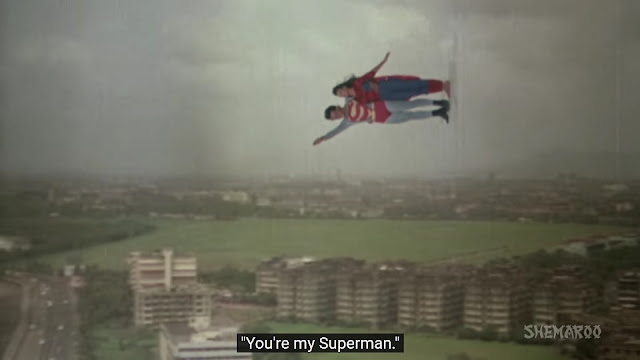 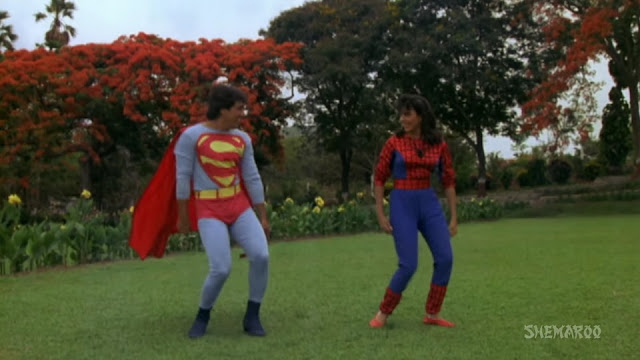 While it's only one scene, it's totally worth the price of admission. It's a super neat number, with a great hook, and fun singing dancing and singing. It may be cheesy, but there's a real infectious joy to be had, and the chemistry the two leads share is adorable!really captures what love is. It's two people having fun and dancing around in superhero costumes together.
I dug the relationship dynamics between Dhaniram and his ADS Suileman, who gets plenty of amusing and human moments. He is also a proud Muslim, and the movie is always positive about this Another good moment is when Dhaniram's bombastic brother from England comes, along with his wife, and we see how these Indians from across the pond behave in comparison with the locals. 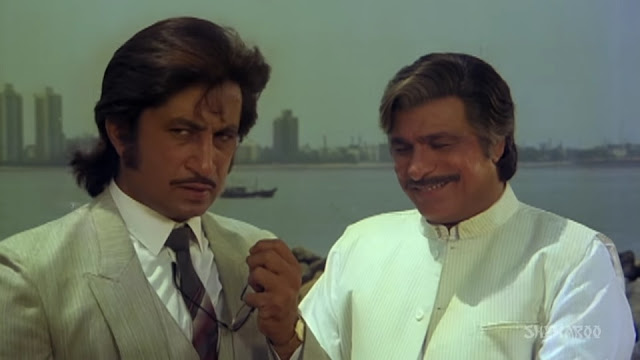 And lastly there are the villains. They're a devious bunch, who come up with a few plans as the movie goes on. It's great seeing them get foiled, as they're real pieces of work, and need to be taken down a peg.
For a film that's two and a half hours long, Dariya Dil wastes shockingly little time, having abrupt scene changes, and very little in the way of padding. The movie does pass fairly quickly as a result, though I kinda wish it had taken it slow in other moments. 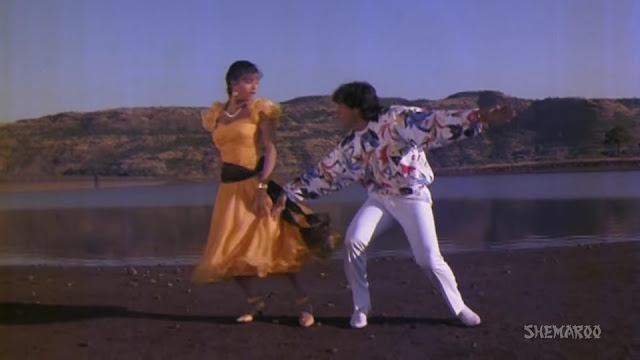 A random thing I enjoyed about the movie too is the hilarious Indian English, and how they mesh with the more well-spoken subtitles. For example, the subs will read something like 'Hold on a moment', while the actor says "Wait minute", or how the simple 'You idiot' becomes the distinctly more British "You bloody idiot!". Some lines   unintended innuendo when read in English.
The musical numbers are decent. They can feel a little random at times, but others fit better, and none are unwelcome. A few are really well thought out, with the Superman number being the best by far. It's fun, it fits for the characters, and is a perfect cap-off to their love story. It really captures what love is-Two people having fun and dancing around in superhero costumes together. 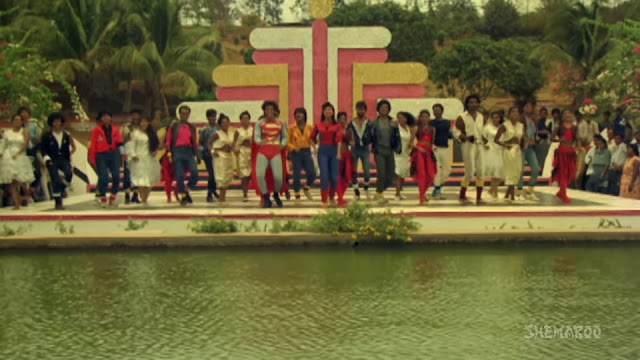 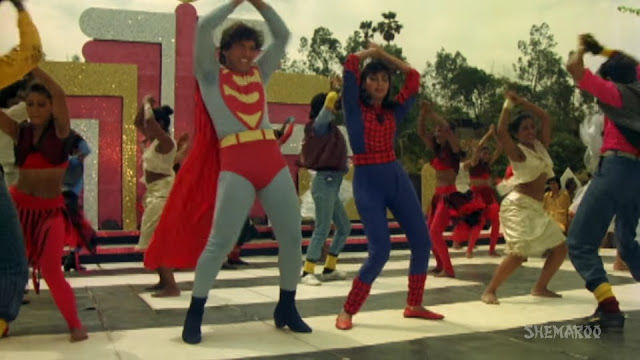 Another song that plays later on is quite a funny piece! It starts with a jaunty tune from a group of thugs about to beat up Ravi, then what follows is a follow-up song by a group of transgender women gathered by Radha, who put these misogynistic and cowardly guys in their place. 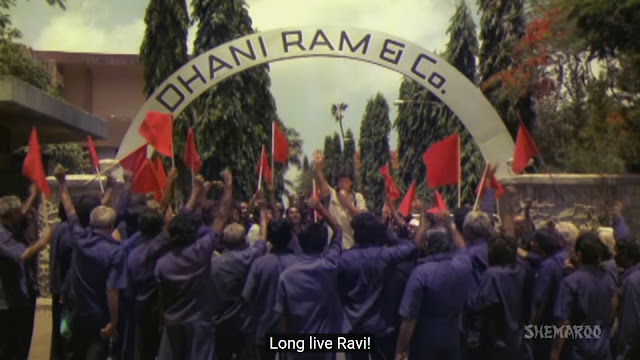