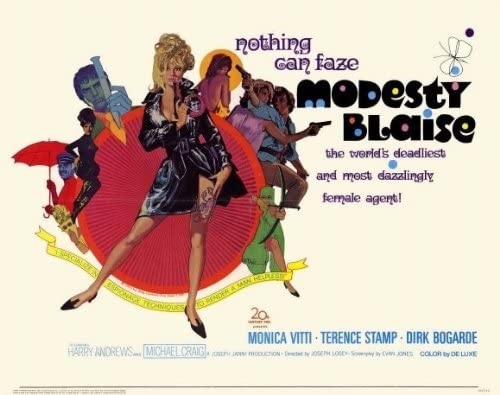 Modesty Blaise was a long running comic strip, one of those three-panel comics in every day's paper. In my youth I'd read the comics page all the time, but never had any idea what was happening in Modesty due to lack of context, until they got to the finales, and suddenly I was greatly enjoying myself. It was the same with Torkan,  They seem like they go on forever, so when they finally culminate, it's really something special. With this positive if fleeting connection with the series, I'm up for watching any movie that comes along, but will they live up to its potential... 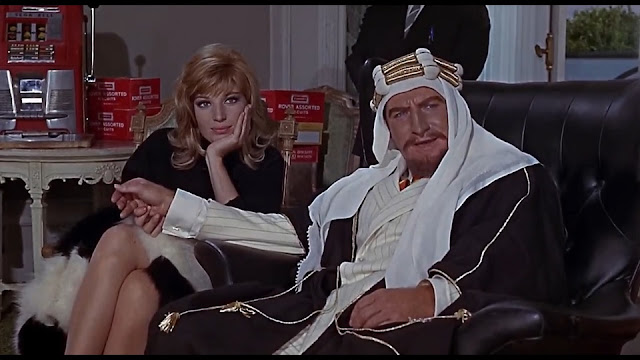 Modesty Blaise is a retired thief living in luxury, but every now and then the government needs her services for a special job. This time a unseen enemy is trying to steal a diamond shipment to a friendly Sheikh, and she suspects it to be the work of thought-dead mastermind Gabriel. Together with her partner Willie Garvin, Modesty follows a trail of clues to stop this villain once and for all... 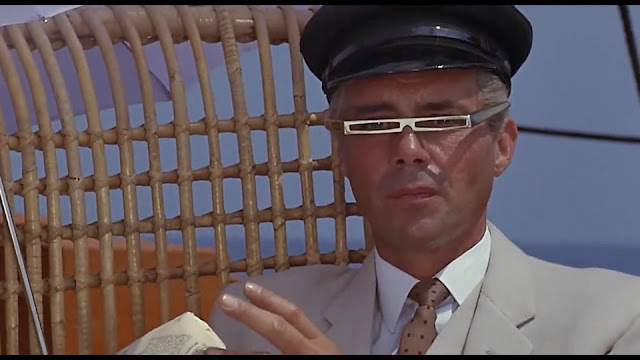 1966's Modesty Blaise is a film loathed since the outset. Just about everyone hated working on it, from the director, to the actors (both for the same reason-they couldn't stand leading lady Monica Vitti), and god knows franchise creator Peter O'Donnell wasn't enthused. It's an incredibly unfaithful adaption, really only Modesty in name only. The grounded tone is gone, along with any sense of realism, and all prior stories are tossed out the window. Instead we have a vapid and bombastic mod extravaganza. 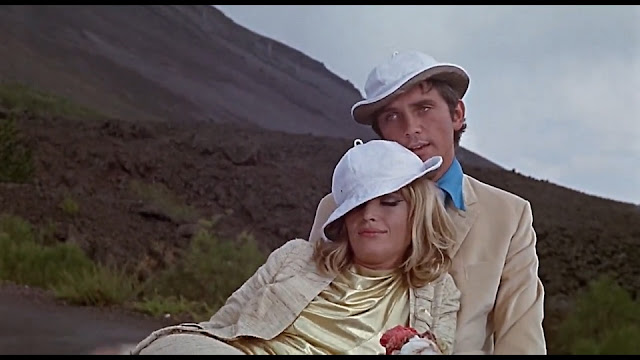 Most Eurospy films were brief affairs, around 80 minutes or so. Modesty Blaise however clocks in at an obnoxious 2 hours! It feels like it could have been easily trimmed by more than half an hour just be removing all the padding, and scenes that linger too long, or totally unnecessary moments. Because of this it takes forever for things to actually happen, and main characters will frequently disappear almost 10 minutes at a time. It's halfway into the movie before it actually fucking starts! 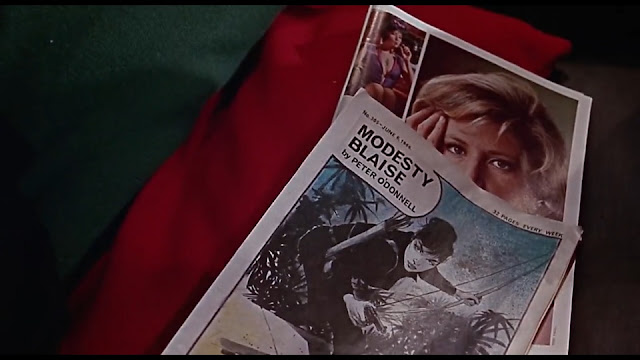 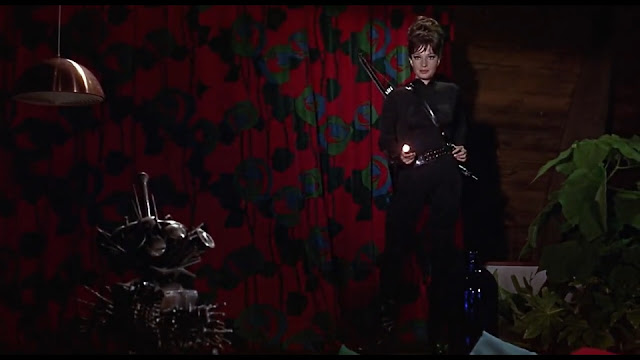 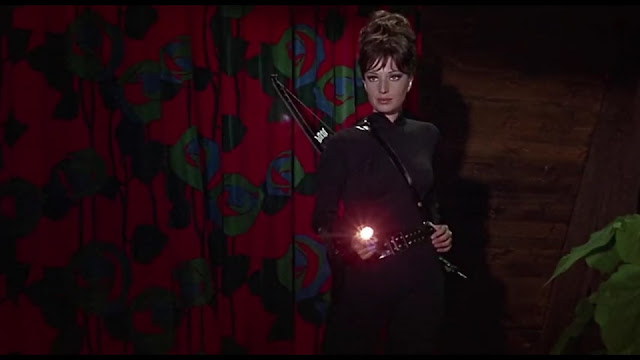 The plot is incredibly muddled and unclear, and by the climax I'd completely forgotten what Gabriel even wanted, or why he was even the bad guy. Half the characters serve no purpose, and often disappear from the movie altogether, like Modesty's old ex. It's really telling as to the film's quality that a routine story about diamond smuggling is this baffling to watch. 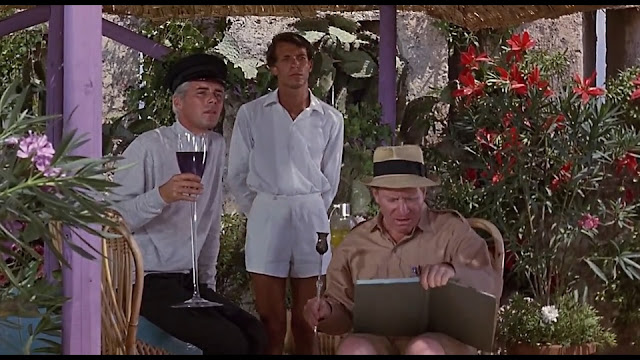 The characters here aren't that great. Modesty is an annoying heroine. She's an incompetent lead who sneezes when spying, and clatters around like an elephant in a china shop. Willie fares better. He may be a bit of a casanova, but he cares, despite his roguish exterior, and expresses the most human emotions out of anyone in the cast. He's not immune to the movie's weird flourishes though. Come the time where the main duo trying to lure Gabriel out in the open, they lose any sense of cool and become a couple of dorks. They are completely unendearing.
The villain isn't much better. I appreciate that they tried doing something different with him, given how much of an oddball and a fop he is, but I didn't feel it entirely worked. Maybe just because of the surrounding film. Perhaps he would have been better in another movie. His sidekick is more amusing, being a deliciously psychotic dame.
The comedy here is pretty weak, and rarely made me laugh. Examples of the film's 'riveting' dialogue involve lines like "Why not go back to bed?" "Why not" "Why not" "Why not" "Why not" "Why not" "Why not". Jesus Christ, it's enough to make you wanna get your head examined. 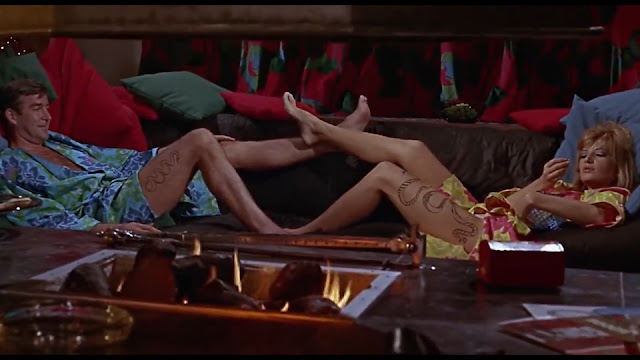 Credit where credit's due, one funny and effective thing about the movie is its portrayal of Islam. In an early scene when the government men are introducing Modesty to the Sheikh, they warn her that women have gotta be careful around Muslims, only for the Sheikh to suddenly jump out from a hiding spot and start playing Cowboys and Indians with her, yelling "Wham bam thank you ma'am!". It's weird, but it was fun and childish in an endearing way, as well as busting myths about Muslims and women. The other moment is at the end, after the Arabs have conquered the villain's island stronghold, and the shifty priest who's been hanging around all movie suddenly converts, praying like a Muslim. 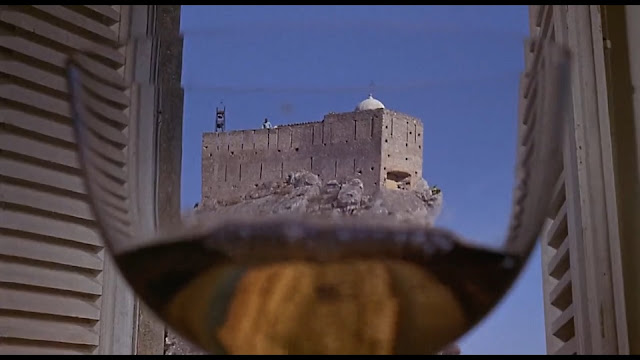 The direction is decent for the most part, stylish in places, and poor in others, with some clumsy fight choreography here and there. The set design and location work is really good in some places. The island stronghold is great, and very lush. It's also nice seeing Venice, and the other European cities on display here.
Modesty Blaise has a lot of other weird touches to it too, like a bizarrely out-of-place musical number, and costumes that go beyond amusingly eccentric and into the realms of downright stupidity. There are also some of the strangest wine glasses I've ever seen! Modesty also seems to have magical powers, changing her hair with a literal snap of the fingers (like when she very briefly dresses like her comic counterpart, proving the filmmakers could have been faithful, they just refused to). 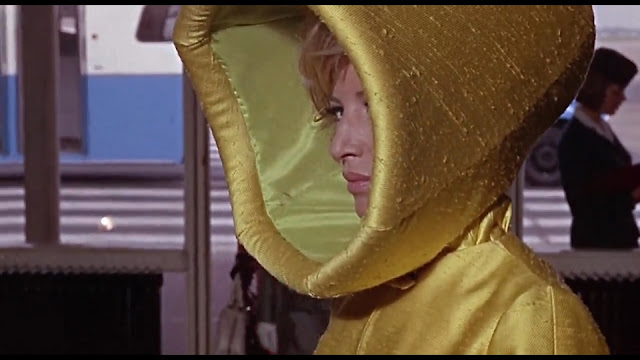 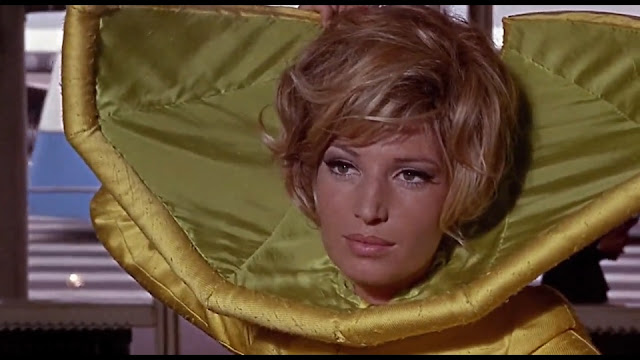 The movie has a very strange relationship to the comic, actively acknowledging the comic's existence in this universe, maybe as a get out of jail free excuse for why this version is so different. Hardly much of an excuse, I still feel like punching them. If they didn't wanna adapt it, they shouldn't have adapted it. When these moments come, they only serve to highlight just how miscast Monica Vitti is for the part.
The acting is a mixed bag, leaning on negative. Monica Vitti is undeniably attractive, but a thoroughly unlikeable lead, more petulant child than glamorous superspy. Her delivery ranges from decent to phonetic, this being her first English role. Terence Stamp has some poor delivery here and there, but it's not really his fault, and he's fine for the most part. He's got humour, and intense steely stares, and I'd say is a good portrayal of his comic counterpart. 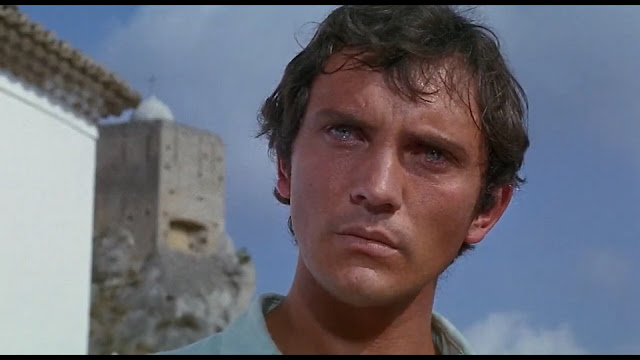 Dirk Bogarde is an alright villain, whose exaggerated eccentricity is sometimes amusing, but other times a bit try-hard. The rest of the actors range from fine to crummy, especially the annoying narration. I also got a lot of the female actors mixed up. All these Euro bombshells look the same!
I've read Modesty Blaise be compared to 1967's Casino Royale, another 60s acid trip of a movie, though a connection never really sprang out to me, which is a shame, as I really like that movie, and anything like it. The whole mod pop art style to this movie feels very superficial, whereas Casino Royale was earnestly psychedelic. Modesty Blaise just feels like it's trying to look cool to cash in on a fad, and never truly shines as a real example of what it's trying to be. 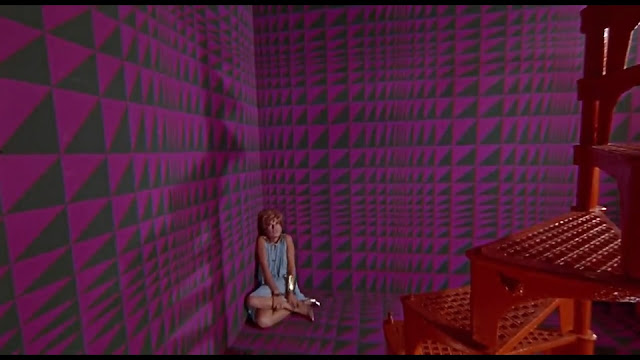 The music is another low point. In some parts it's fine, but other tunes are more grating, often yelling the heroine's name over and over again. 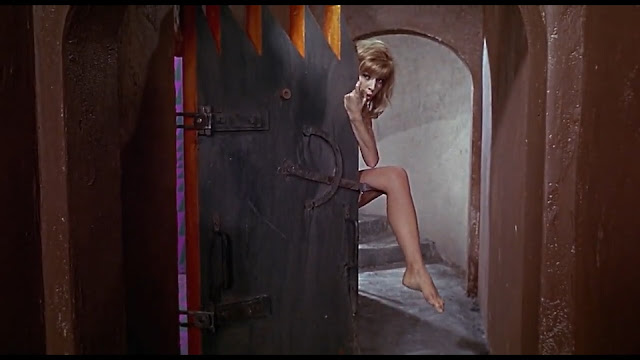 Overall, Modesty Blaise is not a fun time. It's dull, boring, confusing, and has a [resentment] for the source material that's clear even to those who've never read it. Definitely one worth avoiding...
Posted by Chris Hewson at 6:40 AM