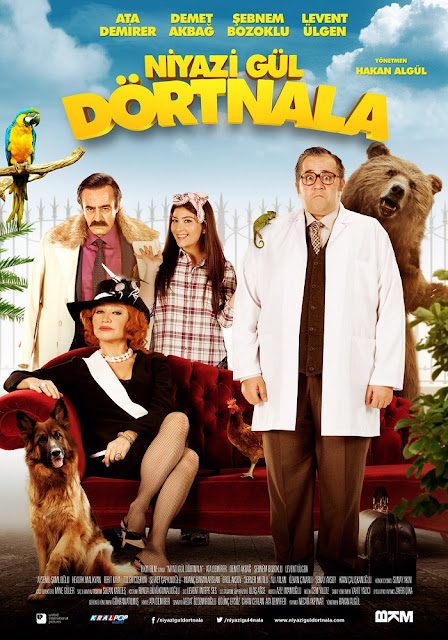 Niyazi Gül is a lauded local vet, known both for his charming attitude with animals, and his girm principles. e's alao completely oblivious to an infatuated secretary/maid, and perpetually unable to find the last ingredient to his grandfather's miracle elixir for animals. One day he thinks he's finally found it, and two rival horse racers [gangsters] get wind. Each trying to come out on top, they conspire to either blackmail or threaten Niyazi for his serum... 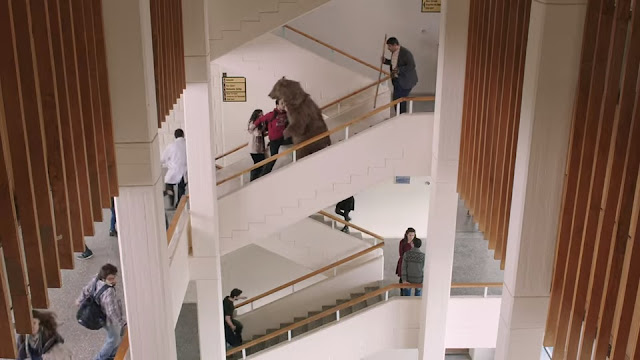 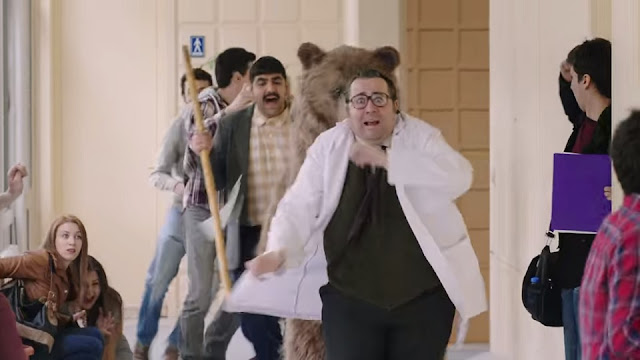 Niyazi Gül Dörtnala in an enjoyable modern comedy. =
The plot is fairly straightforward, and develops at a good pace. It's got enough going on to be engaging, while also not overflowing with unnecessary subplots or convoluted twaddle. The last act does get a bit weird, when the serum is perfected, but it all works relatively well, and is funny at the least 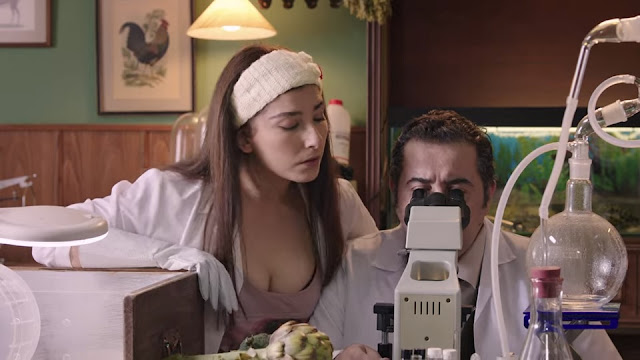 The movie is very funny, with both = dialogue, physical humour, and more. My favourite being the wine bottle toss (a great example of slapstick, and character!)
characters   Hediye meanwhile is a delight! Both maid, secretary, and lab assistant to the professor, she's also madly in love with him, and tries coming onto him in various ways, with little success. She's amusingly mother-ish, acting beyond her years as like a [nagging] wife. She also has a near-constant litany of hilarious and elaborate insults, from "May your hands stick together! May your ass be boiled in hell's cauldron's!" to "May guinea pigs eat your peppers and tomatoes!", and "May jackals eat your asses!"
My only complaint is that since there's the 3rd act break-up as it were, plus her being kidnapped/held hostage, she gets less screentime and interaction with Niyazi in the last act, and we don't really see them being romantic until the very end. This is all understandable though, and what we do get is great. The ending to the film is [understated] and sweet. 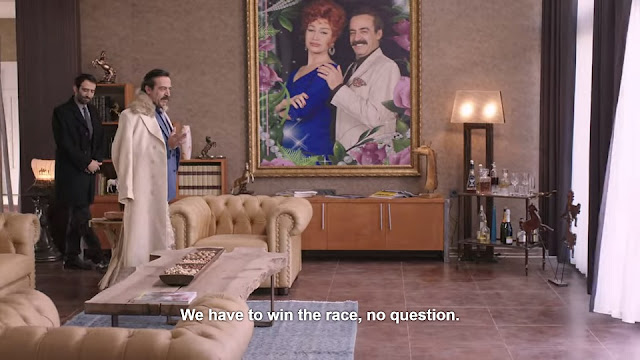 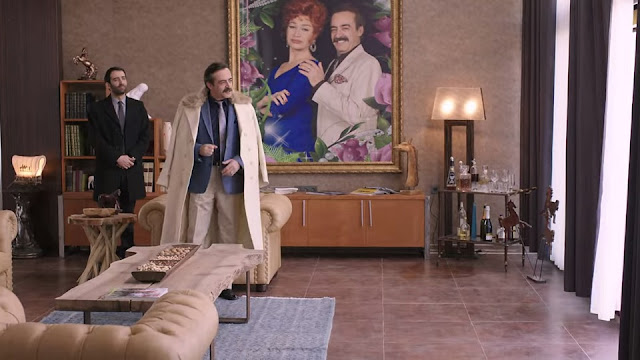 The villains are surprisingly neat! They're over-the-top evil schemers, but both with softer sides. All of the scheming and = that Riza goes through isn't for money, power, fame, or anything, but instead just to win Sultan's hand. It's kinda sweet, in a = way, especially when seeing Sultan's own feelings towards him. They're pretty multi-dimensional, and she unloads to her = in a really effective scene later on. From thoughtful, to silly, dramatic, and fun, there's a lot to enjoy with this duo.
The rest of the cast are  too, from the dopey but friendly store clerks, =, Sultan's [manservant] Suleiman, and more. 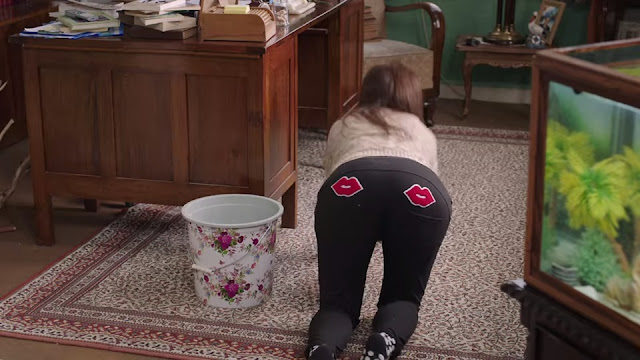 Ata Demirer is a good lead, playing the hero well with both straightfaced deliveries and comedy moments. One thing that amused me was a flashback scene to his younger years, and the make-up used actually seems to make him look older than in the present! Oops! Sebnem Bozoklu is great as the fiery maid, and Demet Akbağ and Levent Ülgen are fun villains. 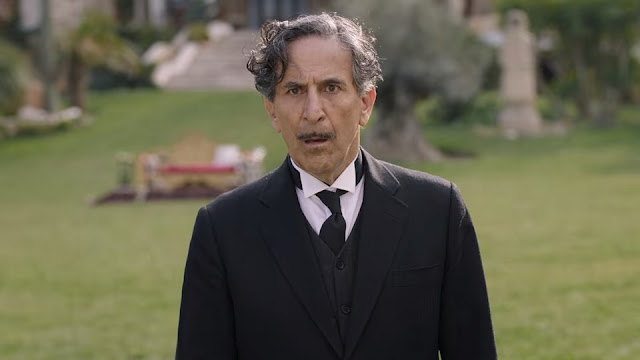 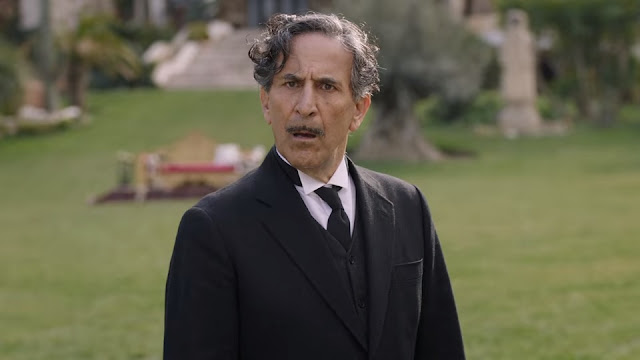 One major surprise to me was seeing Kevork Malikyan's name in the credits! He's a Turkish actor, but worked a lot in English media, namely the superb U.K. sitcom Mind Your Language, where he played the Greek student Max. This was my first time seeing him in another language, and he does a great job! With his face alone he is extremely expressive, and a real highlight of the film. He gets lots to do too, never wasted.
The soundtrack here is your typical Oriental rhythms and tunes, which is a positive. They're always a treat to listen too. I especially dug the lower-key synth track during Niyazi's nighttime freakout. It sounds against type, in a cool way. 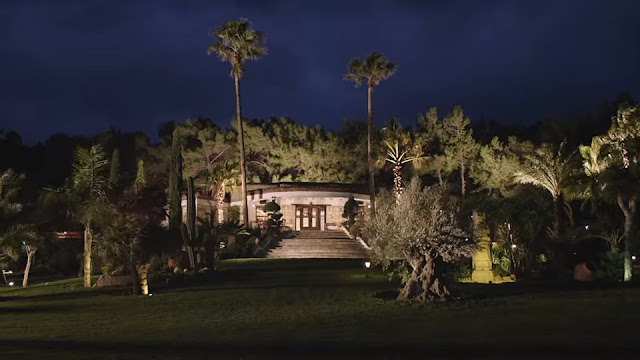 Niyazi Gül Dörtnala is a fum time. A bit weird and over-the-top, but in all the right ways for me.
Posted by Chris at 1:37 AM