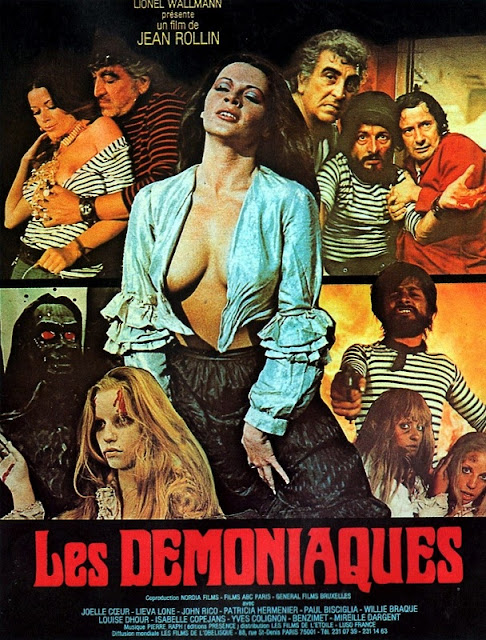 In the age of piracy, shipwrecks abound, with cruel bandits pillaging and scuttling every vessel they find. One night they find two female survivors, raping them and leaving them for dead. Through sheer force of will the women manage to survive, and make their way to a sinister castle, where a mysterious prisoner offers them a pact so they can get their revenge... 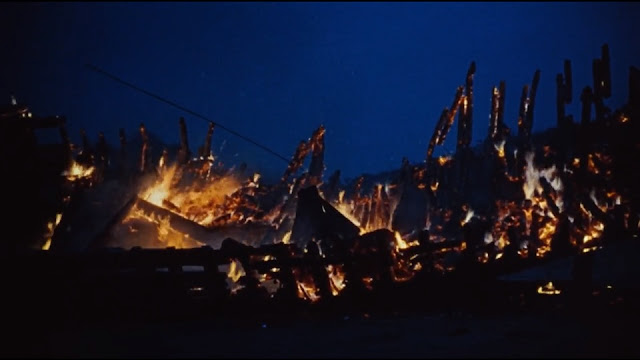 The Demoniaques is a promising 1970s outing from French horror auteur Jean Rollin. But despite its best efforts, I found myself a little bored by it.
The plot is very thin, simply focusing on these pirates being assholes, and the girls getting revenge. But even these two simple things are screwed up. The film is a drawn-out 100 minutes long, and it's painfully slow. The first couple of acts move along pretty well, slow paced but not tedious. None of the scenes here are boring in isolation, but when together, they add up to a disappointing whole. 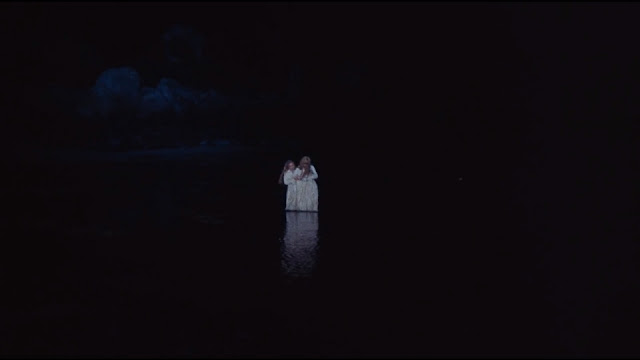 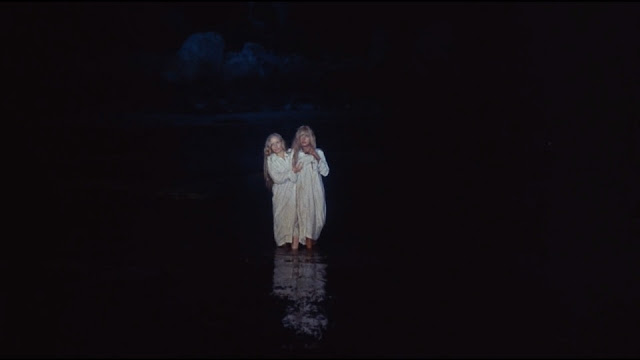 The Demoniaques is a movie of expectation versus reality. You expect to see these women get brutalised, crawl off and find demonic new powers, and get bloody revenge, with maybe the first half hour devoted to the crime, and the rest of the film devoted to the payback. That's how most slasher films are structured. A period of set-up, then the killin' starts. What actually happens in this film though is that the first half hour is of the women getting brutalised, then just as we think they're dead, they're found and attacked again, and then again, before stumbling into the sinister castle. 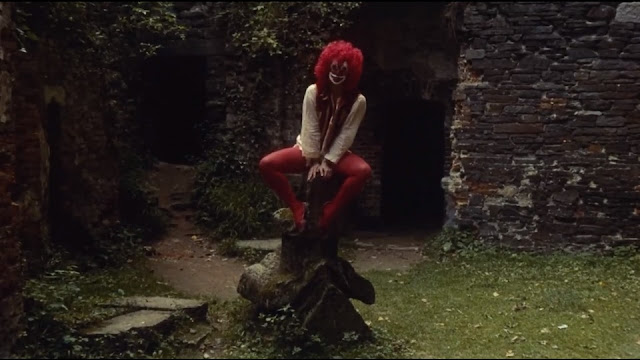 From here on the film meanders on for the next couple of acts, and you'll never guess what happens! After the girls finally get their unearthly powers, they waste time making ominous appearances, they topple over a few statues, fail to kill the one person they're aiming at, then promptly lose the powers! The dopes spent so much of their sweet ass time standing around looking spooky rather than actually doing anything, and by the time the pirates catch up with them, they're completely helpless again! 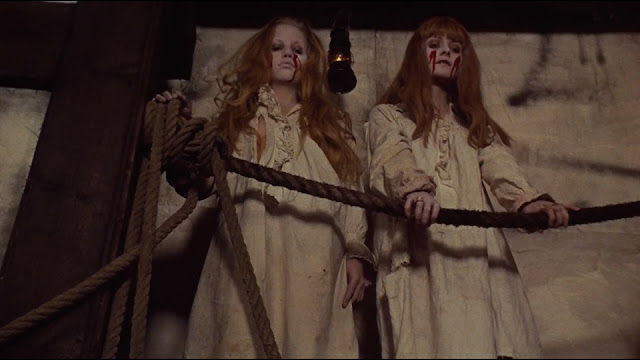 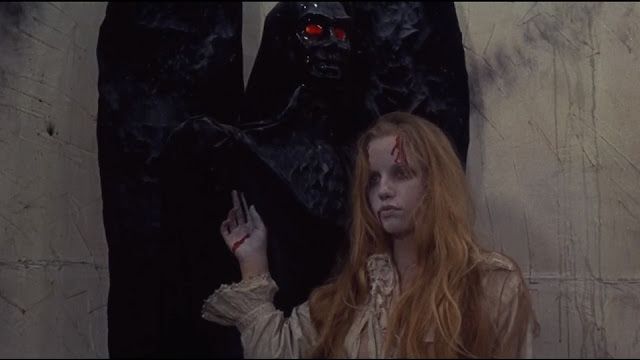 Just as the movie begins to spin its wheels for a third time, the captain suddenly solves the problem himself and kills half his crew in 5 second. That's right, instead of the girls gradually getting revenge over the course of the film, they're instead all killed by someone else for no real reason, in the last 2 minutes! How disappointing, right??
I've heard many describe the film as just a nonstop rape, and that I do take issue with. The film might have a couple such scenes, and it is a pretty heavy watch, but I wouldn't go as far as to say it's like that. All in all I think The Demoniaques handles its subject matter in a mature and non-exploitative manner. 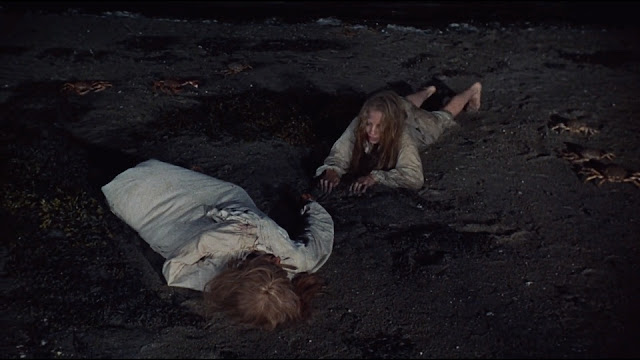 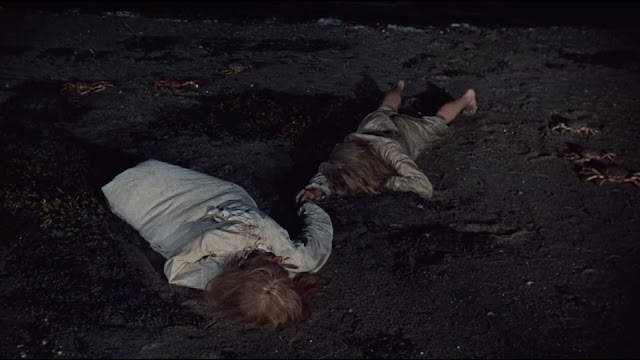 The Demoniaques has a really interesting setting. The antique pirate feel is great, and it looks very convincing, from the wreck-strewn beaches, to the old fashioned inns, the costumes, and the dilapidated old castle, overgrown with grass. This production had a pretty modest-to-small budget, so it's telling as to Rollin's visual talent that it looks as good as it does. The movie might have issues elsewhere, but not in its visuals! My only complaint with the setting is that after the halfway mark there's very little done with it, which is a real shame.
The characters here are a kooky bunch, and we even get an old-Hollywood/Gilligan's Island style intro to each one, with their heads in a goofy circle and a voice-over describing their personalities. It's a really fun way of opening the movie and getting us invested. But unfortunately the majority of them are sorely underdeveloped. Only the captain and the crazy lady get much to do, with the others being pretty generic thugs. They also do some strange things, like trying to calm down their freaked-out captain by engaging him with a switchblade!
The inhabitants of the castle are a mysterious bunch, including the hilariously dressed 'demon', and his keepers, who include a bizarre clown (a reference to a previous Rollin film). These are interesting characters, but a little underused, and never really do much. 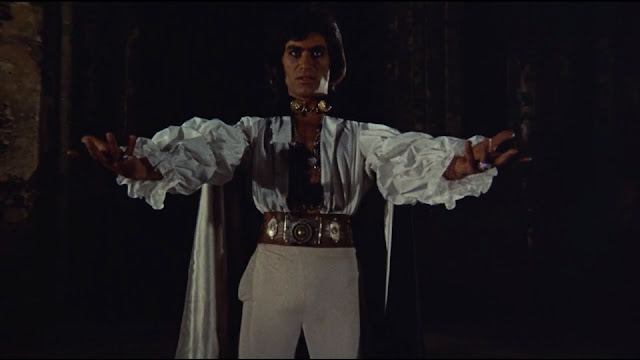 And lastly, there are the two heroes, if you could call them that. We sympathise with them  though I don't know anyone who'd be willing to free the powers of Satan into the world just to get back at your enemies. Like, yeah, what happened to you was bad, but surely releasing a demon would only make things that much worse, ladies! Throughout the whole film they never utter a single word, which at times makes them mysterious, and helps us place ourselves in their shoes, but other times it just makes them boring, like they have no real character. 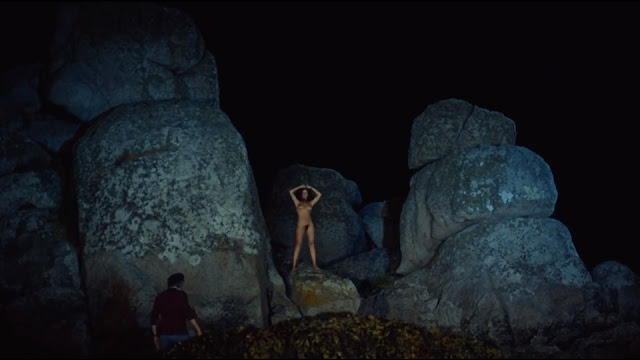 Being a Rollin film, there is naturally a lot of nudity, and it is stunning! There ain't nothing better than French babes! Although it is amusing how some of these women have some pretty modern tans for the 1700s!
The music here is really good. We have a few period tracks that fit the pirate setting, and low-key tunes that build up the atmosphere. 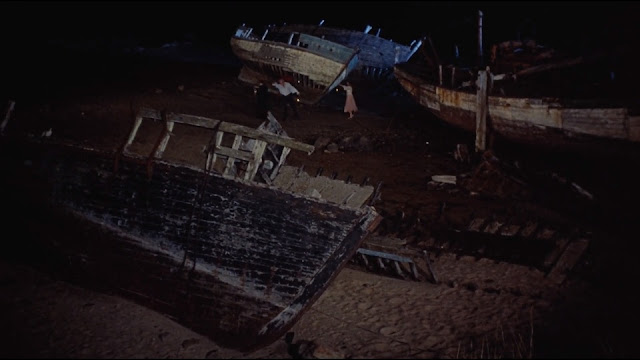 The Demoniaques is hard to recommend. It's got a lot going against it, and being a fan of Jean Rollin isn't necessarily going to make it a winner for you, but, it has a lot of the positives you would come to expect from his films. I'd recommend at least checking it out with the fastforward button on. That way you skip out on the unnecessary stuff, but catch all the gorgeous visuals! Best way to do it...
Posted by Chris at 7:59 AM