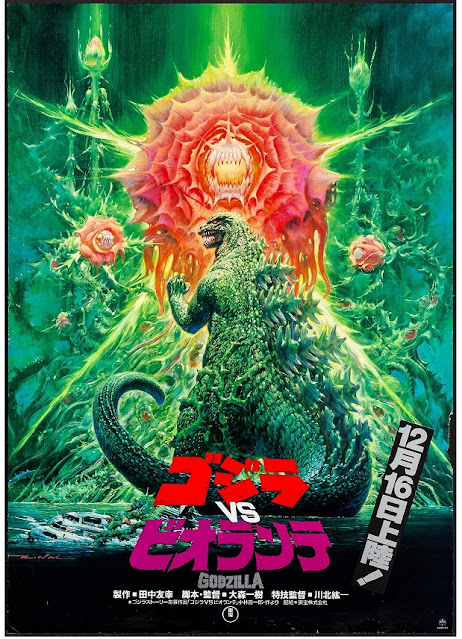 5 years after his last rampage, Godzilla has begun to surface again in his volcanic prison. Meanwhile all kinds of intrigue goes on while bereaved scientist Dr. Shiragami works on an anti-nuclear bacteria to stop  Unbeknownst to  the doctor also blended some of the cells with a special flower his daughter died with, ultimately creating the new creature Biollante. Will this genetic anomaly be a boon to humanity? Or an even worse threat than Godzilla?... 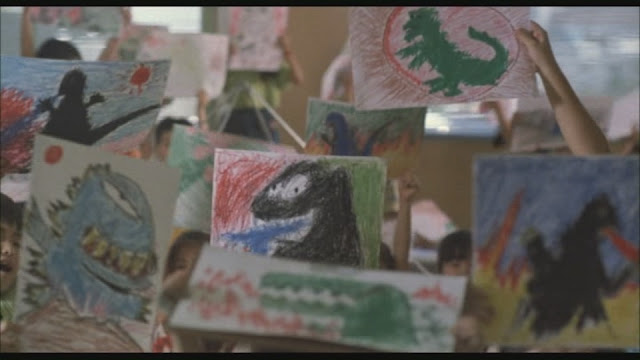 Godzilla vs. Biollante fell under the radar a bit upon its release. This can be attributed to a few factors. Partly there was a long gap between entries, Toho speculated it was because of the film's mature tone and potentially confusing focus on genetics, and it could've just been fate that not as many people were interested in Godzilla at that exact moment. In any case this film has always been considered an underrated classic in the series, and has recently been getting the recognition it deserves.
Where Godzilla vs. Biollante succeeds
Where the original Godzilla focused on the dangers of nuclear energy, this entry delves into the timely and controversial topic of genetic engineering. It's a great subject for a Godzilla film to tackle, even if the obvious and seemingly one-sided end result of "Shit, we did make a monster!" is inevitable. But the movie never demonises or 100% backs the practice, instead taking an evenhanded approach, simply warning scientists not to go too far. I do think the movie could have explored this material further, as it is sometimes forgotten amongst all the other stuff going on, but what we get isn't the worst. 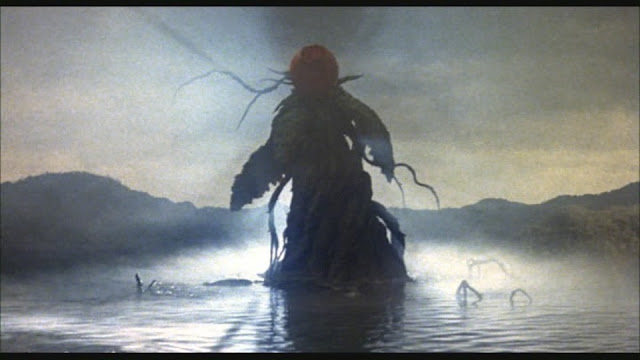 Where it fails however is in more than a few areas. Firstly, there are simply far too many characters! We've got the scientist and the psychic ladies, the military man and his crack squad led by Colonel Gondo, the heroic scientist (or journalist?), and not one but two factions of terrorists! Some characters stand out, but most of them just blended together. The Major for example is near indistinguishable from Col. Gondo, and I only realised they were different characters when one of them died. Half these people could have bean cleaved. Asuka and the psychic Miki for example could easily have been combined, as could the military folk, and the terrorists are almost entirely superfluous.
The plot and pacing also suffer from this overload. There are about 4 different plots going on, often fighting for screentime. Ideally I  would like to see this movie trim about 15 minutes, shuffle some scenes about to divide their time more evenly, and perhaps remove some subplots altogether. 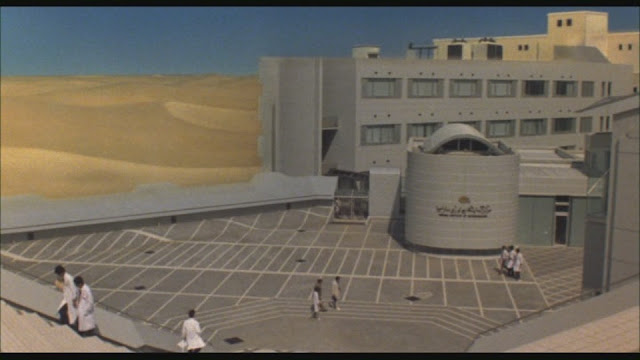 Forlorn Dr. Shiragami is a likeable enough guy, though I wish we'd have got more time with his daughter before her demise, rather than half a minute. That way we could get to know her better and further understand whose soul is in Biollante. The doctor's final scene is also incredibly disappointing, souring the whole ending. It's completely unnecessary. If the doctor had done more harm in his genetic quest, then sure, but as it stands, Biollante did nothing but kill three terrorists, stand in a lake, and fight Godzilla. So having the doctor die in order to deliver karmic justice for his hubris doesn't work as well when his hubris hasn't done much wrong. I'd be fine with it if it all happened in the heat of the big final showdown, but it felt like the climax had already come and gone. The movie was winding down, and the doctor had learned his lesson about playing god, and was resolved to truly live the rest of his life, in his daughter's memory.
The remainder of the cast all get a little to do here and there, with Col. Gondo getting a fantastic final scene. The Saradian terrorist/spy shows up every now and then as a thorn in everyone's side, just when we've all forgotten him. Also, I tell ya, how much is he being paid to keep working in the middle of giant monster encounters?! 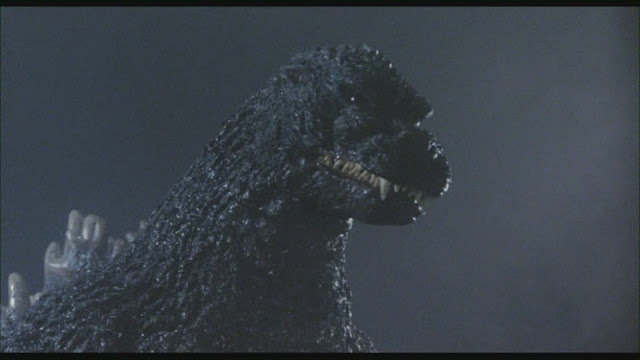 The monster action is few and far between, but when it comes it really impresses. The action with Godzilla is everything you'd expect, but there's a lot of variety present, with his typical city rampage, battles with the G2 ship, being caught in the microwave trap, and the bazooka injections. Then of course there are the fights with Biollante! There are only two, and while there probably could've been more (or at least space them less further apart), they are impressive.
Godzilla is primarily the antagonist here, pretty pissed off about being tossed into a volcano, and doubly so about terrorists blowing the thing up. Here he is just trying to sleep when he has to go through what has to be the most hectic day for a kaiju imaginable!
Biollante is a new monster with a unique appearance, and two forms-One as a tentacled giant rose, and the other as a crocodile-ish creature. The   and while the second could be seen as a bit too traditionally monster-y, it's fine (she is a part clone of Godzilla after all). Something of note is that Biollante is a very prone monster, not even moving in her second form, but she still manages to pack a wallop, and anyone who thinks a giant flower can't stand a chance against the king of the monsters is about to get a reality check! 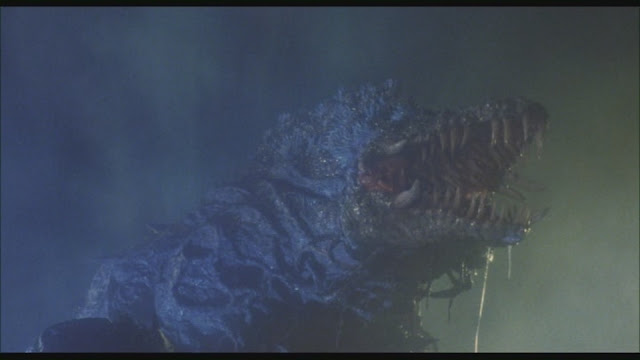 Where Biollante disappoints however is in what she actually does. Her two fights are great, but that's literally all she does. She doesn't go rampaging or devouring, but instead just stands in two different places and beats up Godzilla. We never really get a clear insight into whether she's good or bad, and how much of the scientist's daughter is still in her or not.
The effects here are standout. Godzilla is perhaps the best he'd ever look, and this film single-handedly shows off the benefits of suitmation. Such a level of detail and care has gone into making the costume realistic yet also fantastical, and you really believe this is a 500 foot tall lizard. Biollante is amazingly crafted too, and the shots of her standing in the lake are arresting imagery. Especially impressive is reading up on how much of an effort it took for the effects crew to get Biollante working! It was such a cumbersome and oddly shaped costume/animatronic that it took all their might not to just give up, but not only did they manage, there is never an unconvincing moment during her screentime. 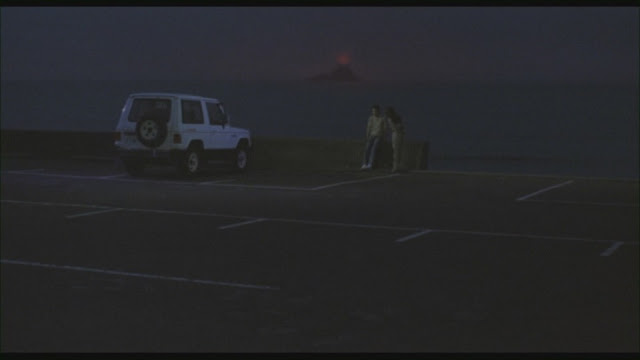 The direction here is stellar too, with amazing use of perspective, matte paintings, and overlay. These are top-notch visuals, and everyone involved should be proud. What's interesting to me is the film's colour palate. For years I knew the  story to this film, and it alongside the darker tone made me imagine it looking like The Ring, with gloomy scenes and dark weather. Ironically this is one of the few times I would have liked seeing that technique, yet it's not done, with Biollante having a fairly traditional lighting scheme. Although this does raise the interesting question of whether a film needs to look gloomy to be effectively dark. Depends, I imagine. I'll stop nattering now.
Longtime series composer Akira Ifukube technically has a role here, through use of classic tracks, some remixed to be more rock-y (much to his displeasure, though many like them). The remainder was scored by Koichi Sugiyama and David Howell is neat! It has a Superman style feel to it, and is perhaps a bit too jaunty for the action, but I don't mind. 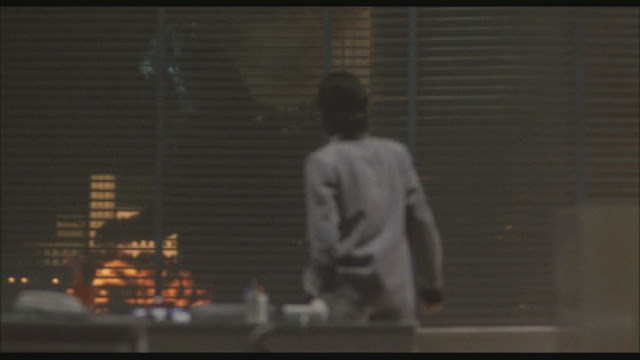 The acting is all fine, with the leads delivering good performances. The American cast members however are hilariously bad in places. I can forgive the Japanese actors not being as good in English as they are Japanese, because it's not their first language, and it'd be in character for them to speak stiffly in a foreign tongue, but these English guys have no such excuses. [I'm glad they're plant food now].
Godzilla Vs. Biollante isn't a perfect entry in the series, but it still ranks high upon many fans' lists for good reason, as it is a great example of the heights these movies could reach, visually and dramatically...
Posted by Chris Hewson at 7:53 AM