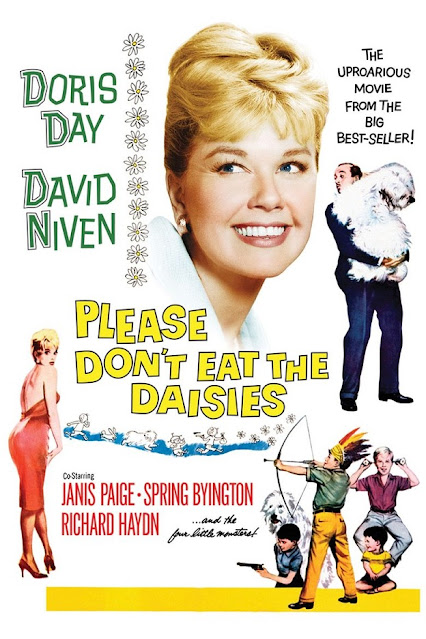 I had a reasonably good childhood, in that I saw at least a few Doris Day movies when I was a young'in. I was always eager to catch any classical films I could. One such movie was Please Don't Eat the Daisies, and I had a fun time with it, and yet was unable to finish it, since the movie ran to almost 2 hours, 3 with adbreaks! Some things are beyond a child's patience, even one who loves classic cinema! But for years I've been eager to revisit the film, all the way through this time, and now I've finally got the chance... 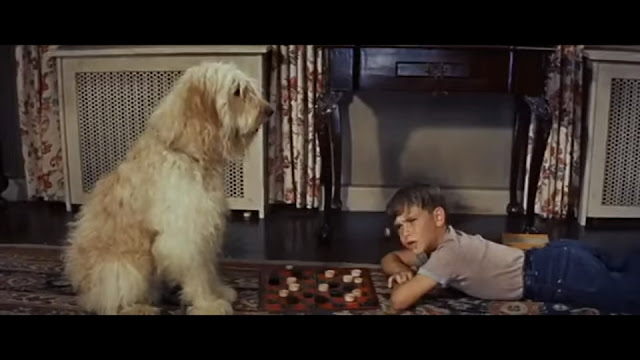 Kate and Larry Mackay are a married couple with four misbehaving kids, smack dab in the city centre, trying to earn a living. While happy, there are problems they face, such as rarely seeing each-other due to Larry's demanding job, and =. Things change when he quits his teaching position to become a theatre critic, and despite his protests to the contrary, a change begins to come over Larry, and he develops more of a mean streak. =...
Based on the book of the same name, Please Don't Eat the Daisies is a fun time. It's funny, has a good story to tell, successfully captures the stress and frustration of this couple. You really feel for them, and are invested in their struggles. 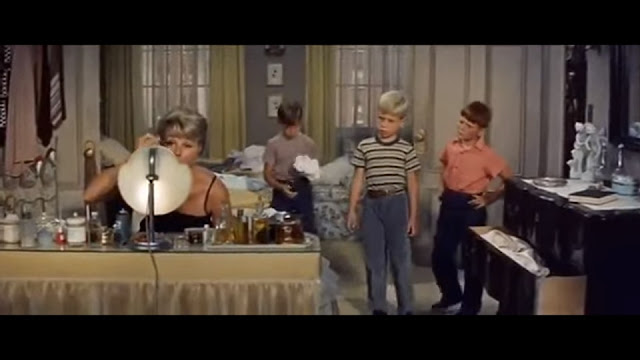 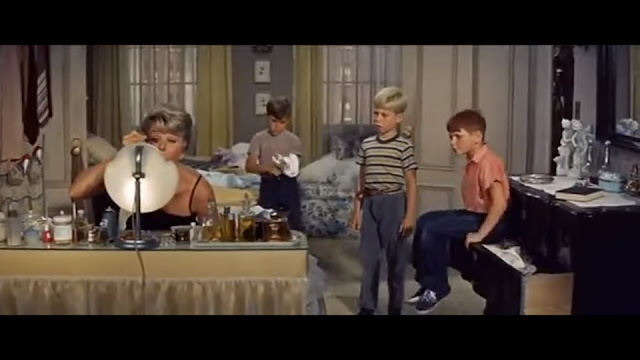 Kate and Larry are fine lead characters. They're likeable, but with believable flaws. Kate is nice and supportive, but also isn't assertive enough, not putting her foot down enough with either Larry or the roughshod kids. Larry is nice and caring, but begins to grow colder and snobbier as hs job takes him up in the world. To some it might seem a bit out of character how this guy who swore he'd never change ends up changing so quickly. Although on the other hand this is perhaps a  strength of the film, showing just how easy it can be for even a regular person to fall into such a trap, saying they'll be ok one day, then ignoring their own advice the next. 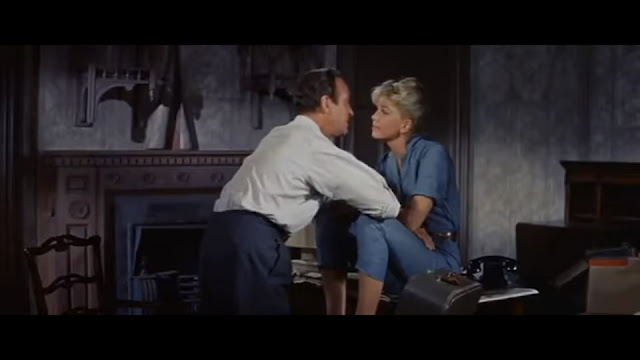 Kate's mother is nice and reasonable, often acting as a font of wisdom, namely in the reverse psychology laden ending (at least, I hope that's what she was going for!). The kids meanwhile are mercifully a fun presence. They're misbehaving and spoiled, but are never too bad, and never brats. The movie nails a good balance between naughty, but not too much. 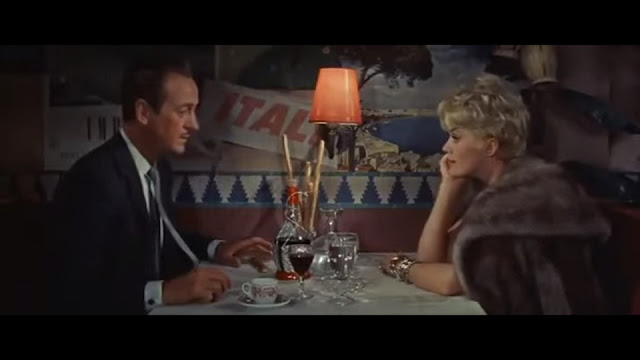 Actress Deborah Vaugh seems like the stereotypical homewrecker, but is actually surprisingly nice, not to mention fun. While she may give off looks that say "I want you below me in the bedroom, stud!", she never once actually makes a move on Larry, and the two have cool interactions. I would've liked to see more. I also dug her exchanges with Joe at the end.
Alfred  townspeople  so what we think it's a good enough play to perform 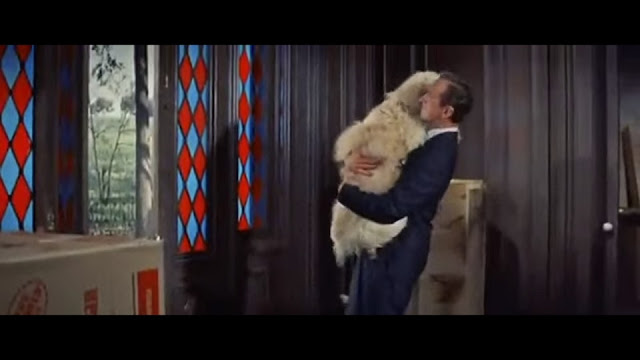 Where Daisies doesn't excel in is the length. Some movies can be 2 hours long, but this isn't one of them. It's never boring or overlong, and I was never wanting to throw myself from a balcony, but it's still too long for a movie with this story. It could have easily lost 20 minutes. I also thought the ending was a little quick, which is something that should never happen with a film this long. I'm also bummed ou that we/Larry never actually get to see the play in action.
I also had a problem with the country move. It's not that I don't like that story, or thought it was a bad idea, but just didn't like the execution as much. This is because the movie builds up this negative critic storyline, only for it to be interrupted by the move, then the move gets interrupted by the critic storyline. In trying to focus on both, it instead can't pay enough attention to either. 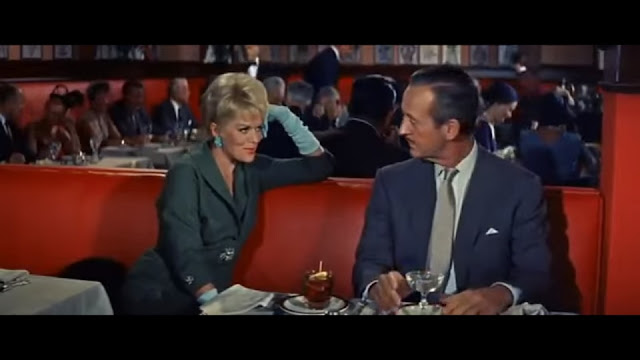 This was an interesting role to see Day in. It's nothing too out of the norm, but she gets more of a chance to flex some genuine drama skills, moreso than in her usual domestic comedies. David Niven is great too, both as an affable nice guy, and as a more frayed and grumpy one. This was the angriest I've seen him at times! He and Day share good chemistry, even if I do find the idea of them dating weird. It's not that they're a bad item, but you always imagine Doris Day as young, and David Niven old, and have a hard time = that they were actually in the same age range, more or less. 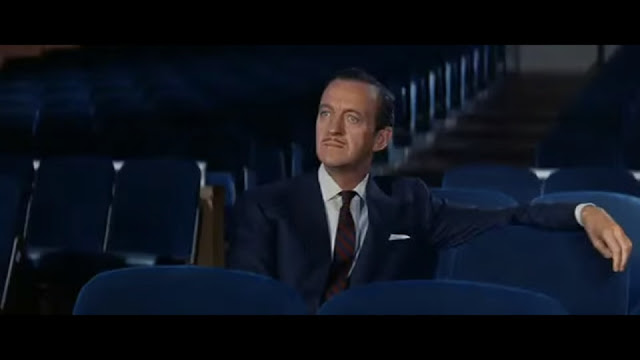 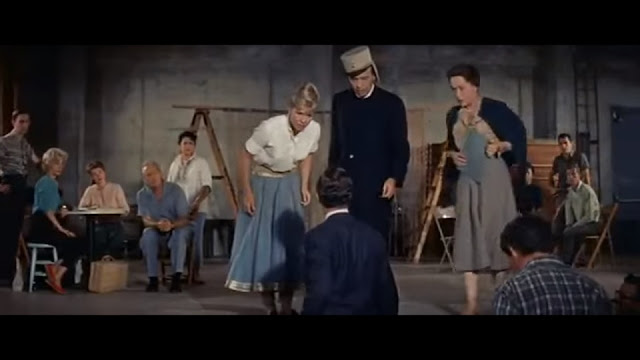 The rest of the performers all do well, from Janis Paige as the sultry vamp, to Spring Byington as the wise mother/in-law, Richard Haydn as the long-suffering producer friend, Jack Weston as would be playwright Joe, and all the actors playing the kids. And of course it would be remiss of me not to mention the amazing dog!
While the film isn't a musical for the most part, Doris/Day still gets to show off her musical skills, from a cheery stage rehearsal, to a fun recital of Please Don't Eat the Daisies with a group of schoolchildren. 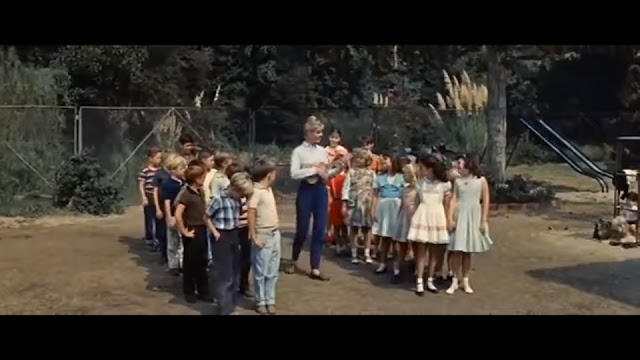 To finish, Please Don't Eat the Daisies is a charming movie, and well worth a watch for fans of Day and Niven, as well as anyone else who's interested...