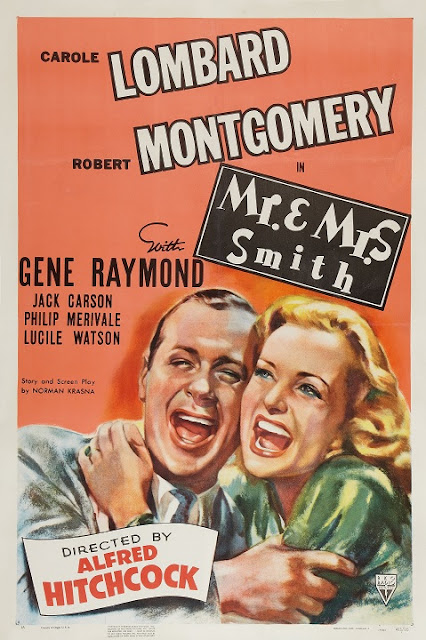 Alfred Hitchcock was the master of suspense, and his movies covered all areas on the spectrum. Straight horror, to tense thrillers, espionage, fugitives, noir-ish tales, murderers, and often with a devilish humour to them. But a genre he rarely took part in was straight out comedy. There were some examples during his early career in Britain, but he mainly focused on serious films once he'd migrated to the States. A notable exception was 1941's Mrs. and Mrs. Smith... 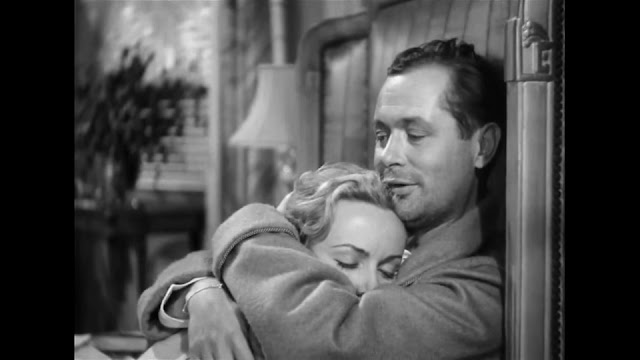 David and Ann Smith are a happily married couple, though with overlooked flaws that occasionally come bubbling up to the surface, from David's unintentionally blunt honesty, and Ann's temper. One day David gets a visitor, telling him all marriages between a certain date are technically not legal, and when David decides to keep the info secret for a while, Ann believes he intends to divorce her and find another woman, and promptly kicks him out, leading a desperate David to try and win her back before she's gone for good...
Mrs. and Mrs. Smith is a delightful screwball comedy, with a perfect mixture of elements. The acting, writing, and composition all come together neatly. The story is full of twists and turns. It explores the concept very well, showing what just the slightest bit of insecurity meets a clerical error can do. We understand why this couple get on their nerves during all this, but can also see why they do genuinely care for each-other, which is important. The whole story would just fall apart if they either cared unwaveringly, or if they genuinely hated each-other 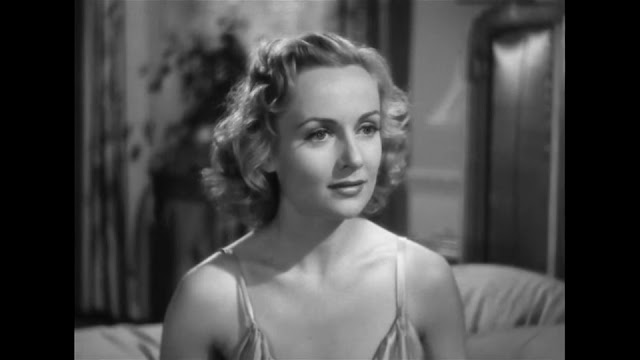 For those wondering what Hitch brought to the table, the answer is Plenty. The movie of course looks great, as you'd expect, with some really elegant shots. Enough to be interesting, but not so much to overshadow the fact that this is a simple comedy, and not a sprawling epic.
Then there's the tone. Hitchcock's understanding of suspense and anticipation comes into play very well with the tense atmosphere that permeates many scenes. You can just feel the mood ratcheting up, and it's a brilliant kind of awkwardness as things grow and grow until either reaching a head, or cutting off juuust in time. 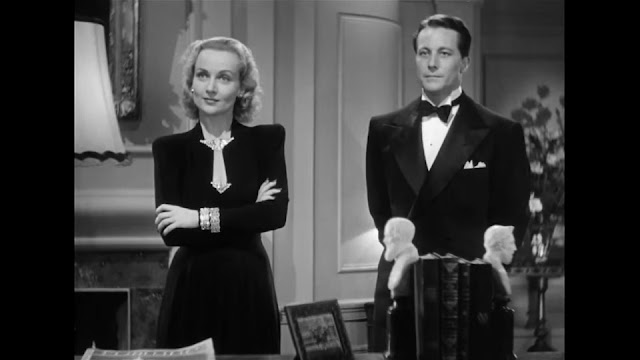 The titular Smiths are always a hoot, with many cool personality quirks and foibles. They have chemistry as a loving couple, and look ready to tear the earth apart when they're angry. When they're apart, the film divides their screentime evenly, with each getting their own things to do, from David's attempts to make Ann jealous, or Ann's ill-fated date in an amusement park.
David's coworker and best friend Jefferson makes for an amusing adversary. He's just enough of a skunk without being an outright sleazebag. You can see where he's coming from, and he is at least a perfect gentleman to Ann, even if he's hardly as generous towards David by pursuing her. Any scenes with his Southern parents are amusingly awkward too, courtesy of David intentionally sticking his beak into affairs/things.
My favourite scene in the movie was the 'double date' at the restaurant. David's partner Gertie is an absolute doll, and I frankly would have been happy if he'd said Nuts to Ann and ended up with her! She's spunky, carefree, and is a fully qualified nurse too! 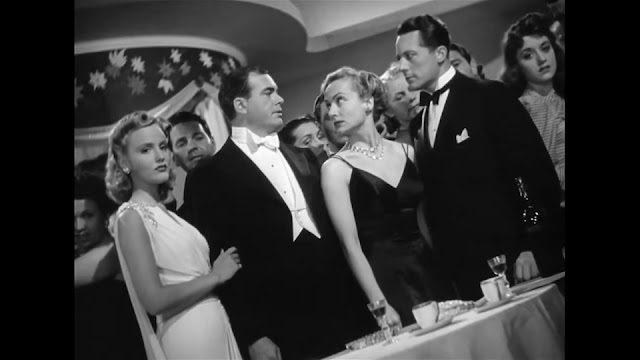 The acting here is great. Robert Montgomery and Carole Lombard are loads of fun, delivering energetic performances, relishing the humour from each scene. They manage to nail that sense of hostility and feuding without the movie ever feeling meanspirited or tough to watch. Everyone else does well too, from Gene Raymond, to Esther Dale, and Charles Halton, etc, with silent star Betty Compson delivering a memorable performance.
There's a lot of fun dialogue to be enjoyed here, with many lines carrying that trademark Hitchockian wit. "We're through. From now on we're just friends!"-"Not necessarily." Jefferson's story about temperance is hilarious too, and says exactly what I was thinking. 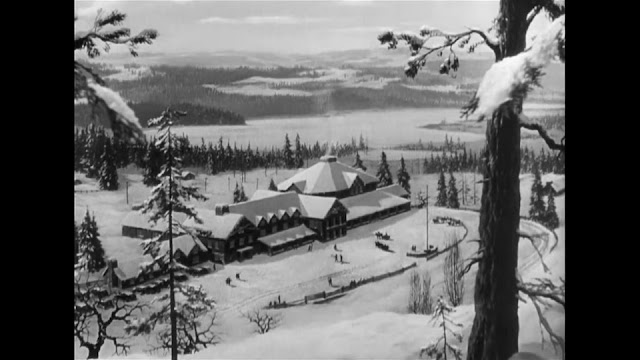 A unique diversion from his usual subject material, Mr. and Mrs. Smith is a fine addition to Alfred Hitchcock's long filmography, offering something fun and new, and providing us with one of the best comedies of the screwball era...
Posted by Chris at 3:40 PM