In the backlots of Hollywood, temperamental actor Jack Carson is assigned to direct his own starring picture, after everyone else in the industry takes a hard pass. Together with his rival and costar Dennis Morgan, he has to get the picture together or he's out of a salary. Luck comes along with the arrival of smalltown waitress Judy Brown, eager to become a star, and the perfect pawn to further their plans... 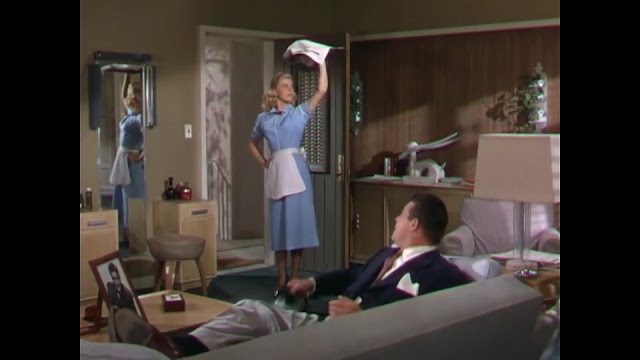 It's a Great Feeling is a very funny little gem! Coming early in Doris Day's filmography, it's a big in-joke from Hollywood, set on the Warner Brothers' lot and featuring appearances from just about everybody who was anybody, from directors to stars. The plot reflects Day's own rise to stardom, but with more hijinx, because real life is sadly too boring.
At first I thought the story would be focusing on these two dopes trying to get this picture made with this hopeful new actress, but the crux of the movie is moreso on trying to get her cast. I'm mixed on this. On one hand this is all very funny, but I would've liked to see them actually make Madamoiselle Fifi. Still, their repeated attempts to manipulate the producer are great, driving the poor guy around the bend! 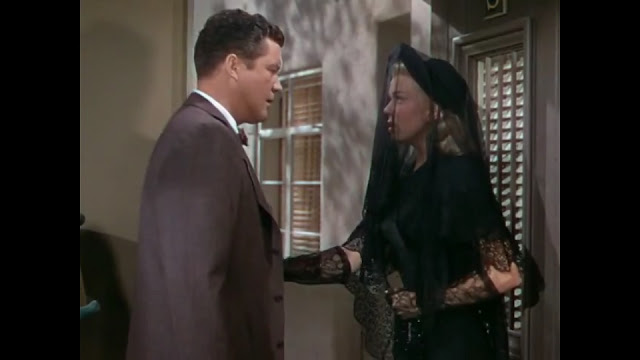 The plot of bringing an innocent smalltown girl into stardom is an old and hoary one, and the movie knows this. While this is still a plot that can definitely work time and time again, it can be annoyingly cliched if done improperly. It's a Great Feeling has a funny spin on it the whole time. I also respected/appreciated that the climax ends up turning the whole idea on its head, and going the reverse. Although I do think the movie overestimates the difficulty of/how difficult it'd be to get someone who looks like Doris Day cast in a movie.
The ending is a little disappointing. It is a hilarious reveal, and a perfect ending, but the movie also just stops, basically, and we never find out how everything ends up. We can infer I guess, but I wanted to know what happened! Did the movie get made? Did she say yes? These and more lingering questions were on my mind as the credits rolled.
The comedy in It's a Great Feeling is often hilarious! The scene with the train conductor is one of the best, and has a jawdropping finish. Some of the jokes do go just a little overboard though, like the very end of the train station scene, or the ending of the screen test, where it goes beyond a simple editing stuff-up and into intentional messing about territory. I also disliked the Cousin Itt speak that warbles during the producer swaying scene. It's a shame, as the scene is otherwise really funny, but almost a little spoiled by the sound effects. 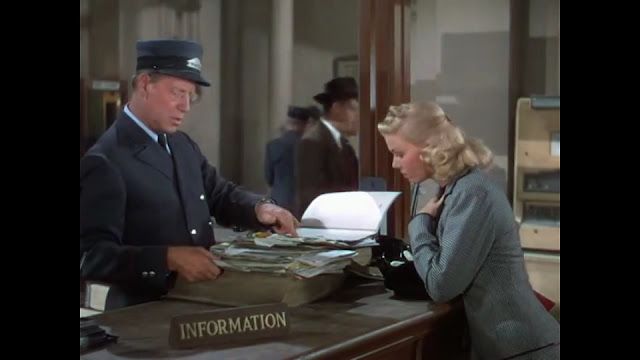 The cameos are pretty fun, though can sometimes verge on the obnoxious, with all the 'Hey, look over here, it's a famous celebrity, ' moments. Although this may not matter if you don't even recognise the people in question. My favourite cameos were those of Joan Crawford and Edward G. Robinson. It's fun to see them as regular people, in amusing subversions of their onscreen personas.
The dialogue is fluffy and amusing, with many one liners or gags. My favourite bit of dialogue was "Even though Mr. Trent had a nervous breakdown and has to go away, and the picture is cancelled, and they foreclosed on your house, I want you both to know I'm not discouraged one bit!" 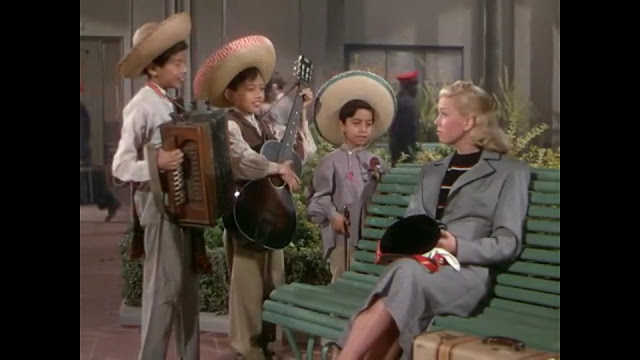 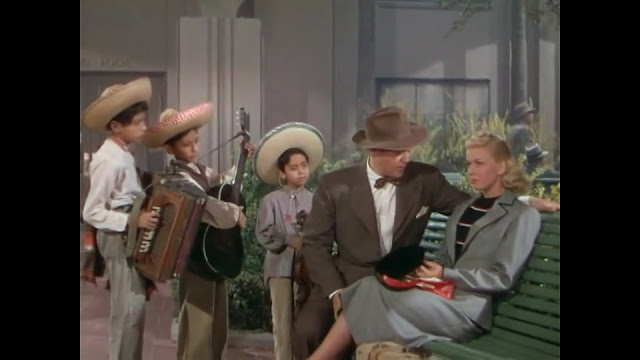 The cast do great. Dennis Morgan and Jack Carson play fictionalised versions of themselves, and are  conniving and backbiting while also still remaining likeable and friendly. They have great chemistry, and make for a duo almost as fun as Hope and Crosby. Doris Day rounds out the trio superbly, lending an air of innocent fun. She gets to be happy, sad, exasperated, and pissed off. Bill Goodwin is funny as the increasingly neurotic producer, and Claire Carleton is nice, though sorely underused. 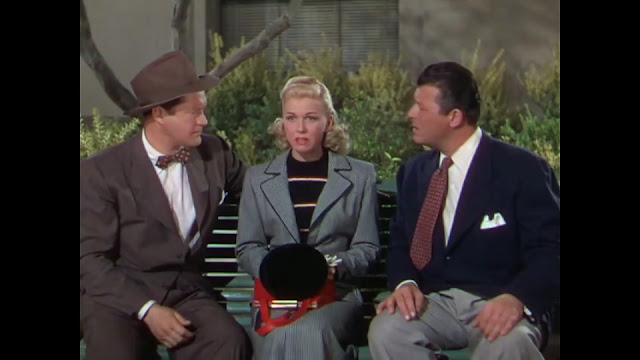 The songs here are few and far between, but in a nice way. There's a decent amount of tracks, and while this isn't a full musical, they make for an occasional treat. The performers all do well, The score is very nice too, with good tunes throughout. The funniest is the Fats Waller-esque Big Fat Lie, although it scared me at first when Jack recommends singing it in French! As someone who's seen Doris Day sing in another accent for real, I can tell you I never want to see it again! But thankfully it's funny when it's for laughs, and Carson does the goofy singing for that part. 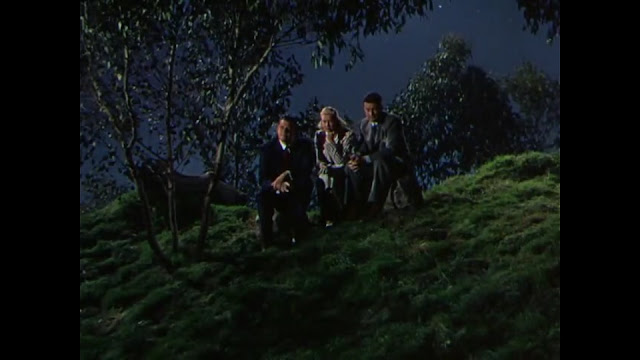 The direction here is great! There are many stylishly shot scenes, with my favourite being the moonlit night out by the Hollywood Bowl. There's also an amusingly bizarre dream sequence, and fun scene transitions too. 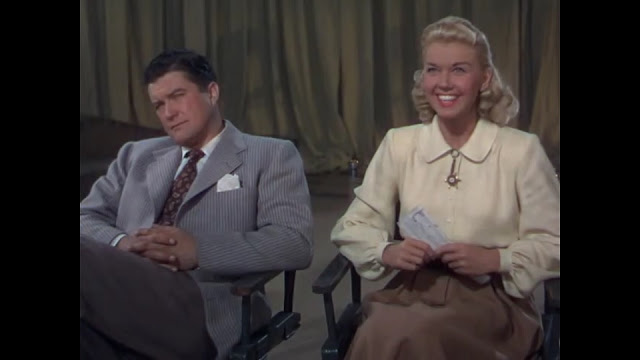 Whether you're into old Hollywood, or are just a fan of Doris Day, It's a Great Feeling is best summarised by its title. Great to watch, and never dull...
Posted by Chris at 4:58 AM