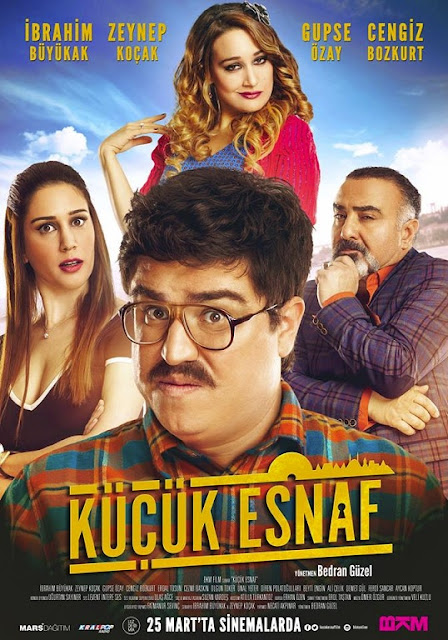 Berhudar is a struggling locksmith, poor but humble. One day he gets news that his estranged alcoholic father has passed away, and this soon turns out to be the least of Berhudar's troubles when he discovers his father owed 100,000 lira to an irate gangster, who gives the man just one week to pay the money back, or else. Meanwhile, bright lawyer Ezel has just lost her latest case when her client is screwed over by his gangland associates. Wanting revenge, he gives Ezel a CD of damning evidence without her realising. The criminals eventually get wind of this, and since there's no way Berhudar is going to raise 100,000 in a few days, they enlist his help to break into her safe... 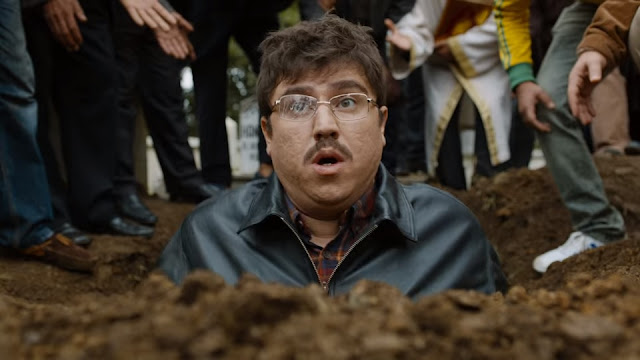 Küçük Esnaf is a fun Turkish comedy. It's got a good structure, and doesn't chuck everything at us right out of the gate, but instead lets things go slowly, moving at a nice pace. By the time everything is in place, it feels natural and easy to understand. The interactions between Berhudar and Ezel are amusing and varied, and really the heart of the movie. By the time the action comes knocking, it feels natural and earned. 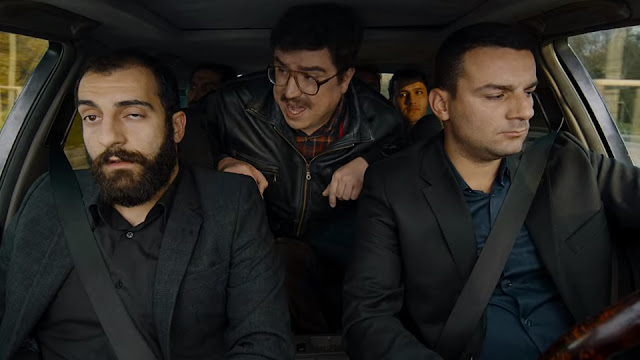 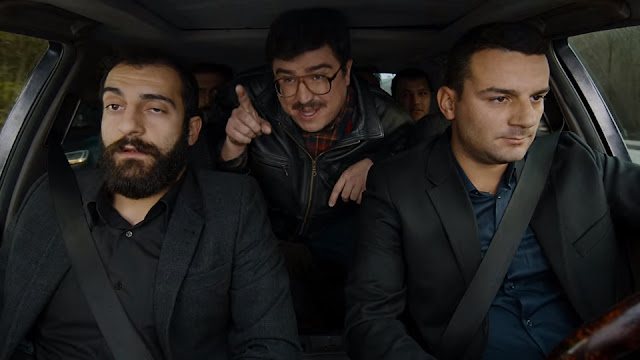 There is no shortage of amusing scenes like the brawling with the musician, or the recurring gag with all the gangsters trying to fit into the  car, as well as the scenes with Burcu and her boyfriend. The big escape out the high window and into the skip bin was funny too, with it's against-type conclusion.
The comedy is funny all round for the most part. There's the odd line or moment here and there that I didn't find funny, but them's the chances. The dialogue is often amusing. One notable moment is a translation, when a joke about Black Sea names is turned into an American Indian gag, which is a good cultural transplant. It's not the direct translation, but it works for the scene. The physical humour all works well. There is a bit of a flimsy reason to get the lead into women's clothing, and it's predictably cheesy, but amusing enough and not overused. 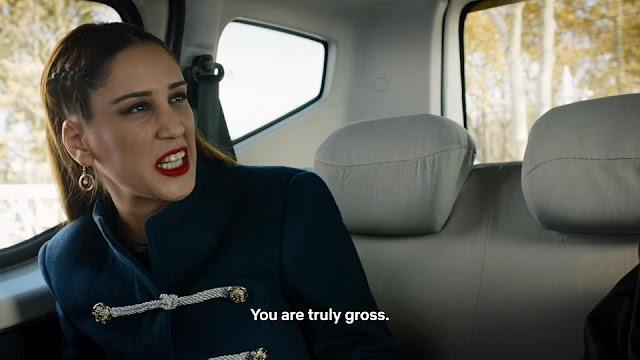 Berhudar is a nice enough protagonist. Meek, nice, and somewhat cute like a big teddy bear, while also irascible and grumpy a lot of the time. Ezel is good-humoured, as well as feisty and eccentric when her asshole ex is around, and is a good ally and love interest. 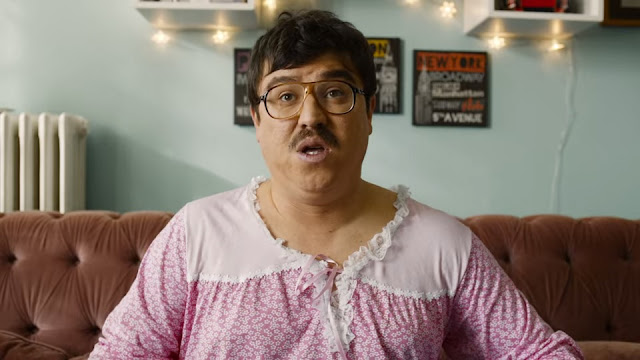 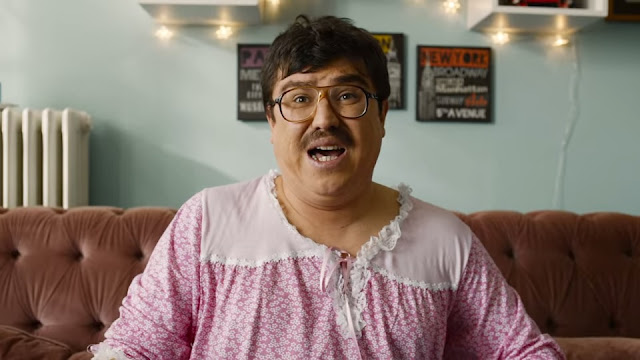 Their relationship starts off a bit needlessly antagonistic, like they're only hating each-other just for the sake of it (also what kind of asshole eats money? 100 lira too!), but the movie doesn't linger on this too long, and they're friends quickly enough. Their friendship is fun and sweet, and the hint of romance is understated. You know it's coming, but the movie never feels the need to really ram it home, and this makes it work all the better. 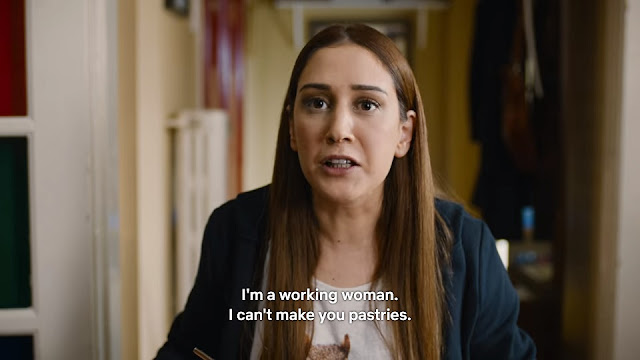 Something that surprised me was when Berhudar wakes up in her flat, realising it's the place he robbed...and he actually tells her! Man, what a surprise! Normally movies drag this out for as long as possible, but Berhudar wakes up, goes "Oh shit", and immediately comes clean!
Berhudar's friends warrant a mild slap every now and then, but are otherwise good mates, and contribute a decent amount to the story. His assistant at the store is funny too, a worldly teen, but one that still struggles with girls. It's a shame he disappears for the longest time, and gets very little to do throughout.
Then there's Hüseyin, an old friend of Berhudar's dad, and a forceful surrogate father ("I insist, call me Baba!" he says to all strangers). He's likeable and fun, not to mention helpful when the time comes...except for one thing it feels like the movie didn't think through. This asshole gleefully introduced Berhudar's father to booze and ciggies as a teen, turning him into a lifelong addict who'd eventually abandon his family, rack up massive gambling debts, and die alone in a ditch from alcohol poisoning. Fuck this guy! 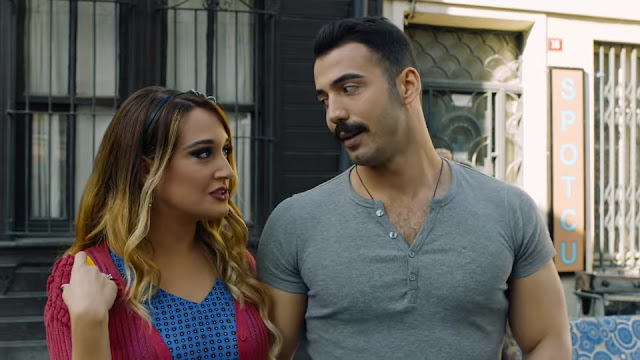 Lastly, a character of interest is Berhudar's unattainable crush Burcu. She's seemingly oblivious to his pining, but it turns out she's aware the whole time. It's a little unclear whether she's mocking or humouring him. The film seems to suggest the former in dialogue, but otherwise it totally comes off as the latter, and it's kinda sweet to see, even if she is extremely obnoxious. I'm not sure if how her wedding turns out works for me though. On one hand it is a very good scene, and serves to teach her something, as well as give Berhudar some time to shine, though on the other, I wasn't totally sure it made sense. 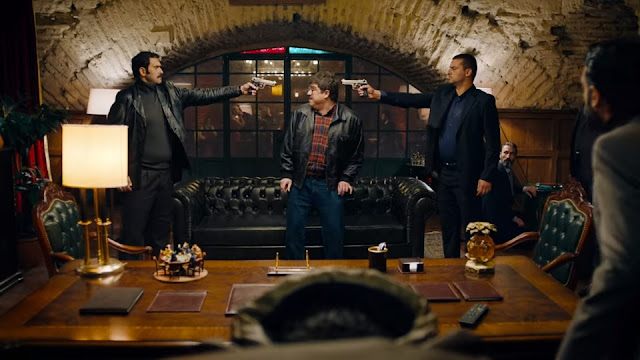 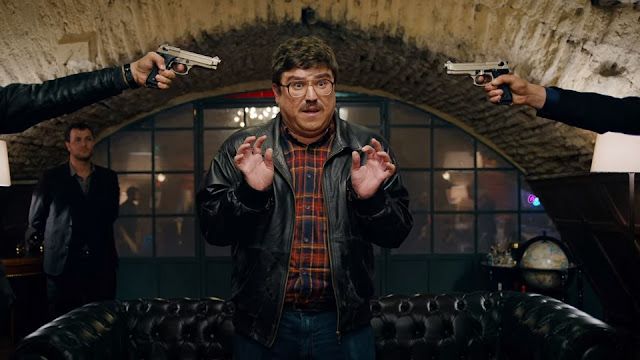 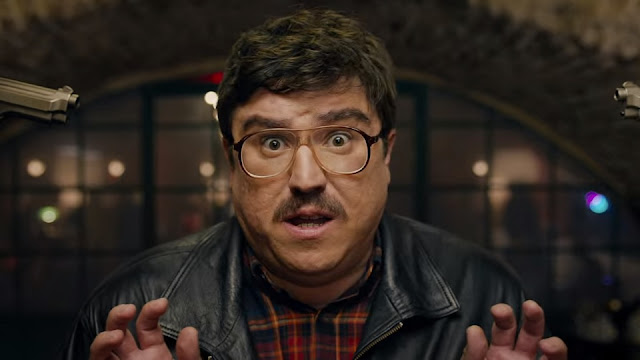 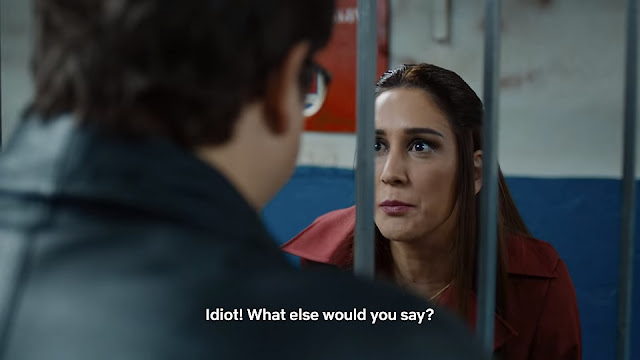 The acting here is fun. The performers can be a bit over-the-top at times, and whether or not it's too much will depend on the viewer. This is especially true of Gupse Özay's performance, which some might find grating, and others might find adorable (and in fairness it is meant to be both). İbrahim Büyükak delivers a fun performance, although he always appears to be smiling, even when angry or upset. It's not really his fault as an actor, more a quirk of his features, and I guess it does lend a uniqueness to him. Zeynep Koçak is a spunky gal, making for a nice female lead. She is a good mix of grounded and over-the-top, depending on the scene. Cengiz Bozkurt amuses as the villain, as well as getting e bizarre moments. 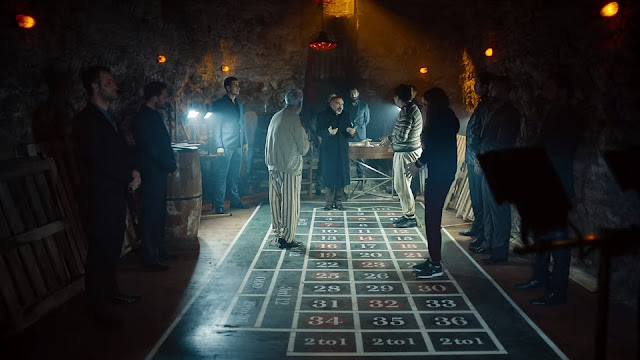 There's some neat direction by Bedran Güzel, with a few cool visual flourishes, like a day-to-night transition I really liked. The film always looks pleasing to look at, and action/comedy setpieces are framed well.
Overall, Küçük Esnaf is a fun time, and worth watching for Turkish film fans...
Posted by Chris at 6:56 AM