Marnie Bannister is an elderly and disfigured female scientist. Angry at the world, she murders a fellow scientist and steals his new youth serum, his warnings that anyone who takes it will turn homcidal going unheeded. Now beautiful, the malevolent Satanik begins plotting a string of heists and murders, all to make herself better. But how long can she last before the formula wears off, or drives her hopelessly insane? And will the dogged Inspector Trent catch her before she can do more harm?... 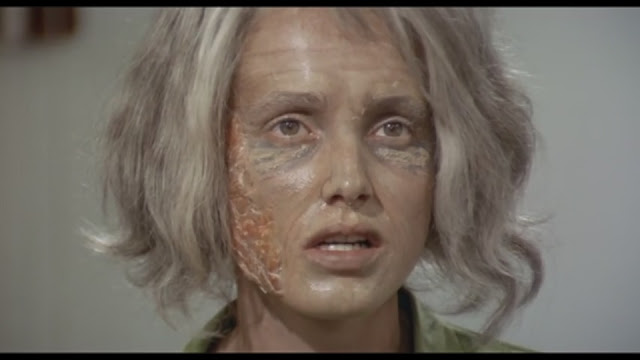 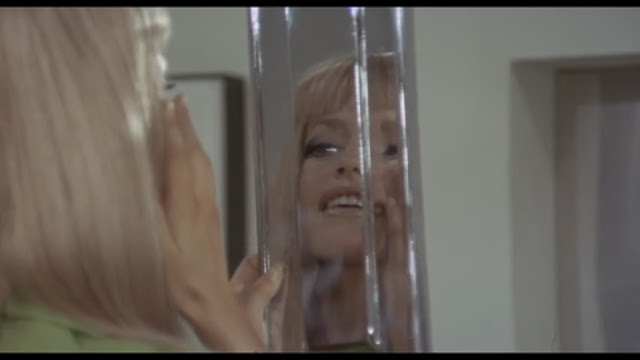 Satanik is a rather misleading film. It presents itself as a masking supercriminal film along the same vein as Diabolik, with a poster to match, but when you actually sit down to watch the movie, it doesn't deliver. It definitely has a swinging sixties Eurocrime vibe, but the titular antagonist doesn't don a mask until the final 15 minutes.
As far as I know a pretty faithful recreation of the original comics. That series would go on to have more fantastical elements, including ghosts, monsters, and even a vampire named Baron Wurdulak. Obviously all of the stuff is absent, but that's not a problem since this is only the first movie. I can't imagine even an Italian studio back then making a masked supercriminal feature with werewolves, but stranger things have happened. I for one would have loved to see that! 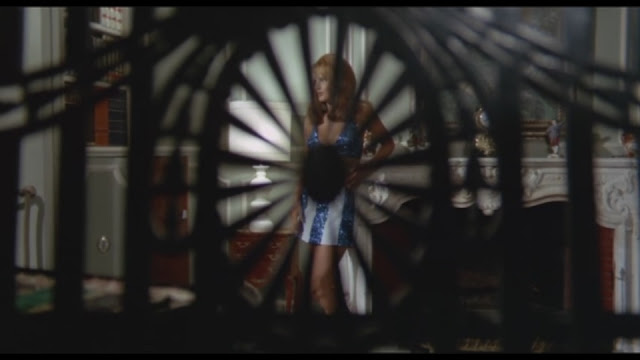 The beginning of the film is brisk, to the point, and has a nice spooky atmosphere. Thunder booms and mad scientists fiddle with beakers, creating madness goop that turns people crazy! It's a 10 minutes that sets us up wonderfully for what's about to come.
The lead 'protagonist's' personality and motives are summed up immediately, in an effective way. Although, considering she immediately jumped to murder in order to get the formula, I'm willing to bet it didn't exactly make her any crazier than she already was. Perhaps if the movie wanted a bigger impact, she should have taken the formula innocently, then stabbed the doctor to death once it took its effects. 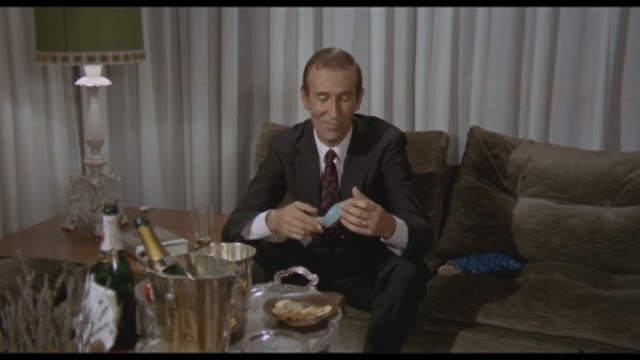 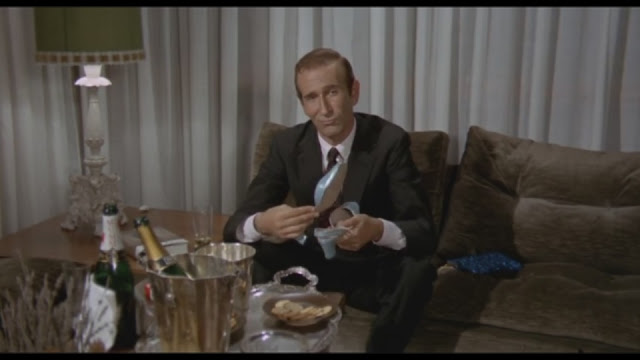 The film's structure is pretty good. A little slow in places, but overall I enjoyed myself. Some people are quite negative to the movie, and I can see why in some areas, though going into it with those critiques in mind didn't automatically spoil the movie for me. As for my opinion, I think Satanik's misleading nature can be a problem if you go in expecting what it's selling, but even then she's a fairly neat supercriminal. Although her plans don't exactly get as complex as Diabolik's or Kriminal's could be. 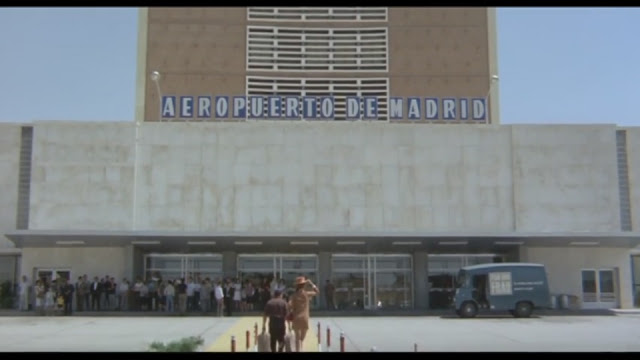 Things can get a little confusing in places, like when we see a redhead babe in a nightie and panties  who actually turns out to be a completely different character! I thought she was Satanik herself, given the looks and hair colur , then when the real Satanik showed up I wondered if this was like a visual split personality deal, but nope, just two random characters looking the same.
The characters that populate the movie are pretty good, from the noble but overworked Inspector Trent, to the various men Satanik seduces and murders, and the crime lord she manipulates, which may be biting off more than she can chew. 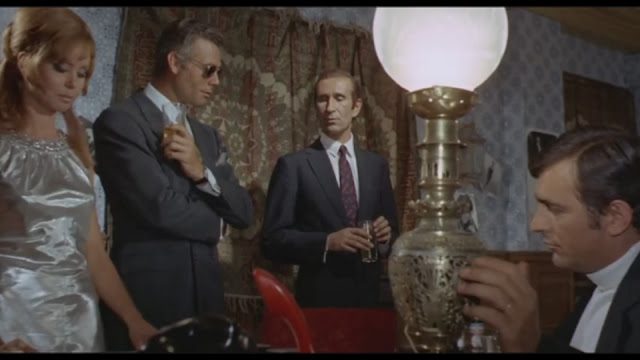 The only real disappointing part of the film for me was the climax. Despite the movie building up to a big heist, nothing happens, and all we get is a striptease, before Satanik is spotted the police and scarpers, giving way for one last chase. An all round letdown of an ending, with little trace of fun.
The direction in Satanik is very creative. Some scenes are filmed from interesting angles and heights, the transitions can be inventive, and there's an all-round care into what's being presented onscreen/visually. Sure, the majority of it might be strip-shows of Magda Konopka, but hey, they're well directed strip-shows! 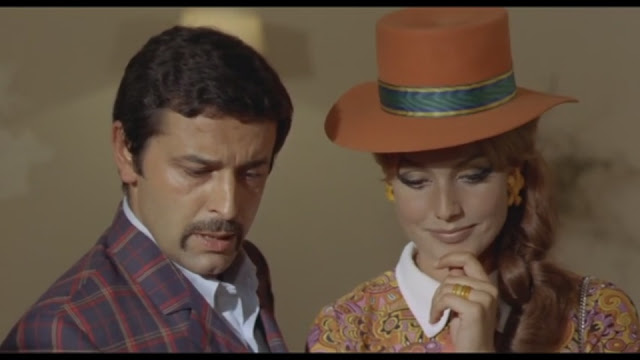 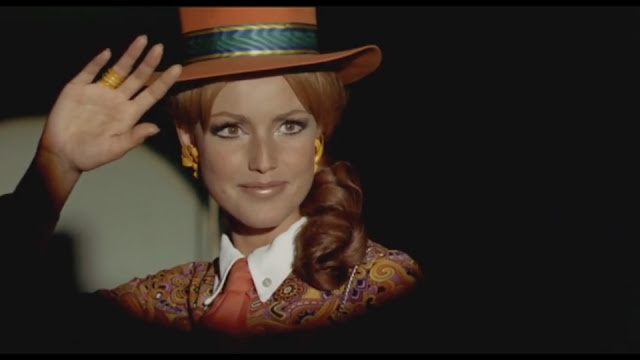 Visually, Satanik is pretty neat. Cheap in places, and the absence of a good costume for the majority of the runtime hurts it, but a lot of the locations are cool, and the fashion is neat! Ridiculous in the ways you would expect from the swinging sixties, but neat all the same! The make-up for old Marnie at the beginning are pretty rubbish though. She looks more like a decaying zombie than an old woman! If that's what they were going for, congratulations, give the effects man a raise! But otherwise, maybe give him a word out back.
The score here ultra groovy! The main theme has an almost Bondian feel, and the rest of the soundtrack follows suit  My only complaint is that at times the action onscreen doesn't really have a chance to breath. Case in point the ending, where what should have been a moment to hold the silence for instead immediately blared the DUN, DA DA DA DUN in less than 5 seconds. 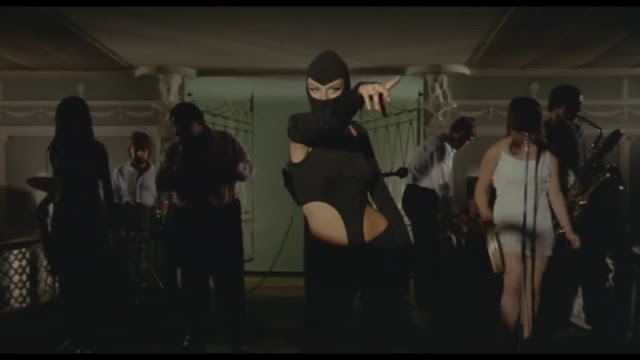 Overall, Satanik isn't a great picture, and the problems that many have with it are at least true to an extent, with the only variable being how much you feel personally. These issues aside it's still a fun Italo-crime flick, and I don't think it's one to be steered clear of. Just don't go in expecting it to totally match the Diabolik vibe and you should enjoy yourself just fine...
Posted by Chris at 7:37 AM